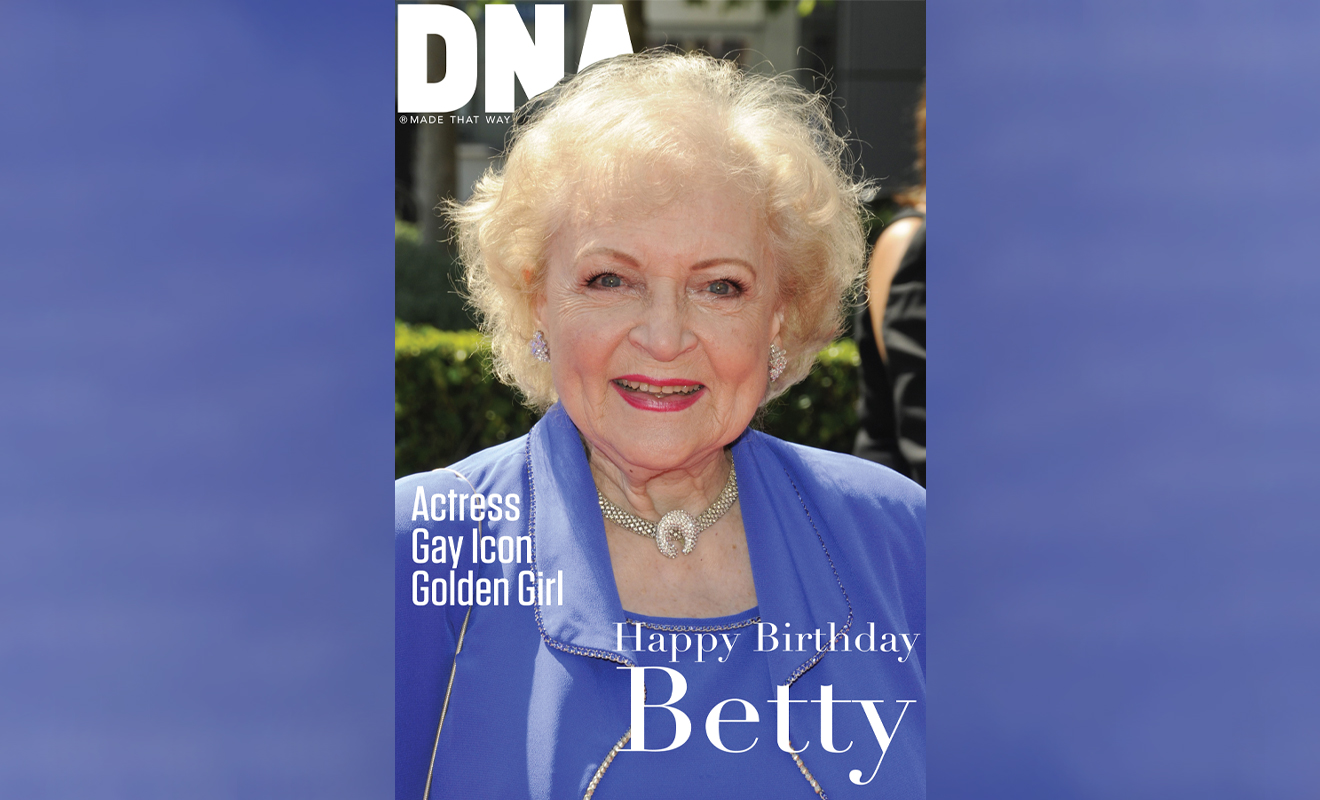 Actress, activist and all round gay icon, Betty White, would have celebrated her 100th birthday today if not for her sad passing in December. White shot a video message on December 20 to thank fans ahead of her 100th birthday celebration, which was to be accompanied by a one-night-only screening of the film, initially titled Betty White: 100 Years Young.

Now titled Betty White: A Celebration, the film will now be released across the US in 1,500 theatres, including the short video message, which would turn out to be White’s finally public words to her legion of fans. Producers of the film, that followed and documented Betty’s life for the best part of 10 years, said, “This celebration of America’s sweetheart is an opportunity to remember Betty White’s amazing life and career. It’s a time to come together and enjoy Betty’s classic moments.”

A lifelong animal lover, Betty has said her parents instilled in her a compassion for all creatures great and small. In an interview with Smithsonian Magazine, she said, “They imbued in me the fact that, to me, there isn’t an animal on the planet that I don’t find fascinating and want to learn more about.” She also joked that, “I have to stay in show business to pay for my animal business.”

Upon the news of her passing late last year, fans took to social media to find ways to celebrate the life of Betty White and came up with the Betty White Challenge – which helps people find organisations White liked to contribute to. The Betty White Wildlife Fund was also established in 2010 to help wildlife researchers respond to unexpected events, such as natural disasters and emerging diseases, and provide monetary assistance for their work.

White was also a volunteer trustee and chair at the Greater Los Angeles Zoo Association for over 40 years, a member of American Humane for 60 years, a major donor for Guide Dogs for the Blind, helped to establish the Endangered Wolf Center and was a major fundraiser for BraveHearts Therapeutic Riding and Educational Center.

White’s late husband, Allen Ludden, passed away from cancer in 1981 after the couple had been married for 18 years. In 2011, Betty told Anderson Cooper, “When you’ve had the best, who needs the rest? I had the love of my life.”

In a statement released by her publicist, they said, “I don’t think Betty ever feared passing because she always wanted to be with her most beloved husband Allen Ludden. She believed she would be with him again.”