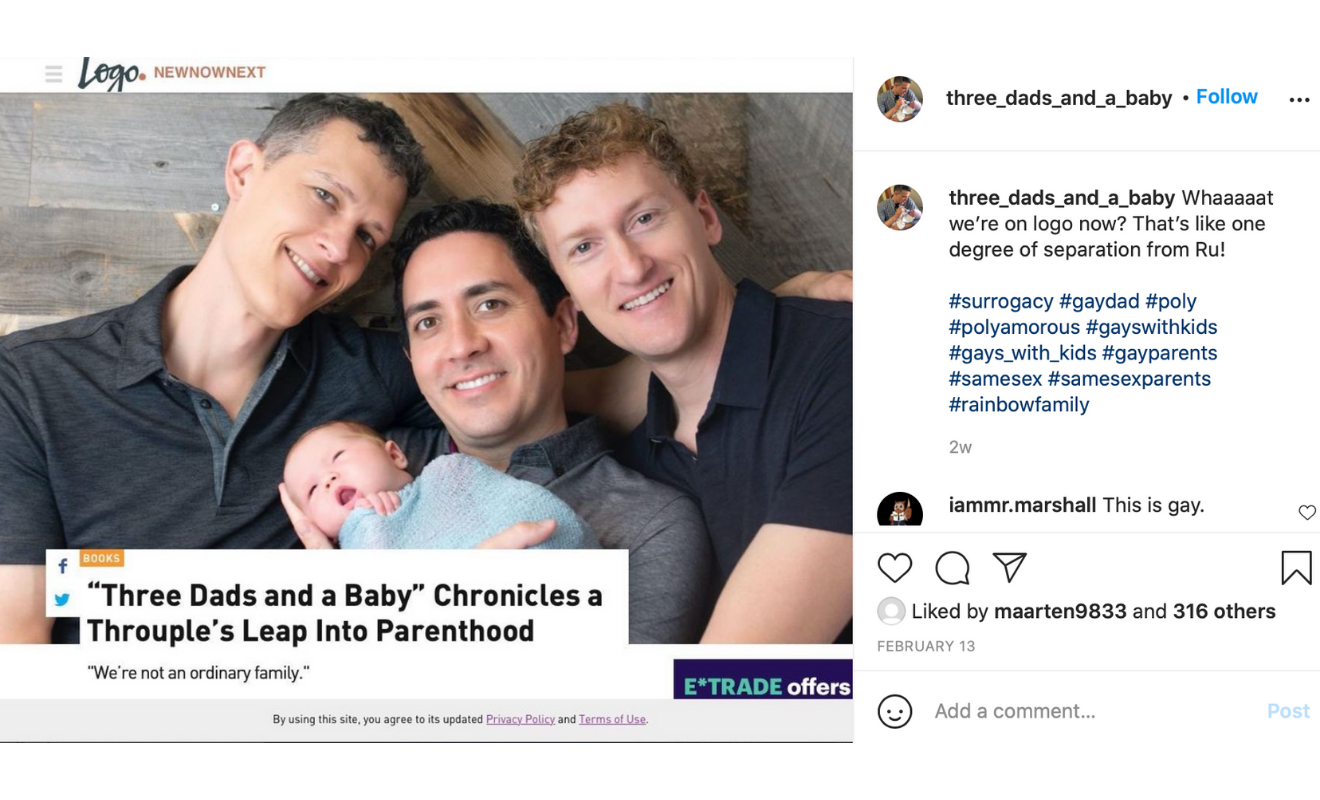 In California, a gay polyamorous throuple have made history after they listed three parents on a birth certificate, news.com.au reports.

The birth of their son, Piper, in 2017 is also the subject of a book written by one of the dads, Dr Ian Jenkins.

In the book, Three Dads And A Baby: Adventures In Modern Parenting, Jenkins writes that they’re just a normal family.

“The fact that Piper has three parents is just not a big deal. I have three parents myself – my mother, father and stepmother – and no one thinks anything of it,” he writes.

“Some people seem to think it’s about a ton of sex or something, or we’re unstable and must do crazy things. (But) it’s really remarkably ordinary and domestic in our house and definitely not Tiger King,” referring to Joe Exotic’s wild gay throuple featured in the buzzy Netflix docu-series.

Alan Mayfield, also a doctor, and Jenkins met while completing their medical residences. After eight years together they met Jeremy Hodges who turned the couple into a throuple.

After five years as a throuple, they started discussing parenthood when friends offered to donate their leftover embryos to them.

Over the next year, the family spent over $US120,000 on legal fees, contracts, implantations and tests.

“Gay couples don’t stumble into parenthood by accident. It’s always a deliberate act, and a complicated one,” Jenkins writes.

First, they had to find a surrogate. Their friend Delilah offered to carry their child. Then came the lawyers. The embryos needed to be adopted so that each man would have equal parental rights. It was a rare case: third parents are usually added to birth certificates after the fact, not at the time of the birth.

Three years on, Piper has no trouble understanding her family and sees her three dads as a source of pride.

She told a classmate, “You have two parents. I have three parents,” Jenkins said.