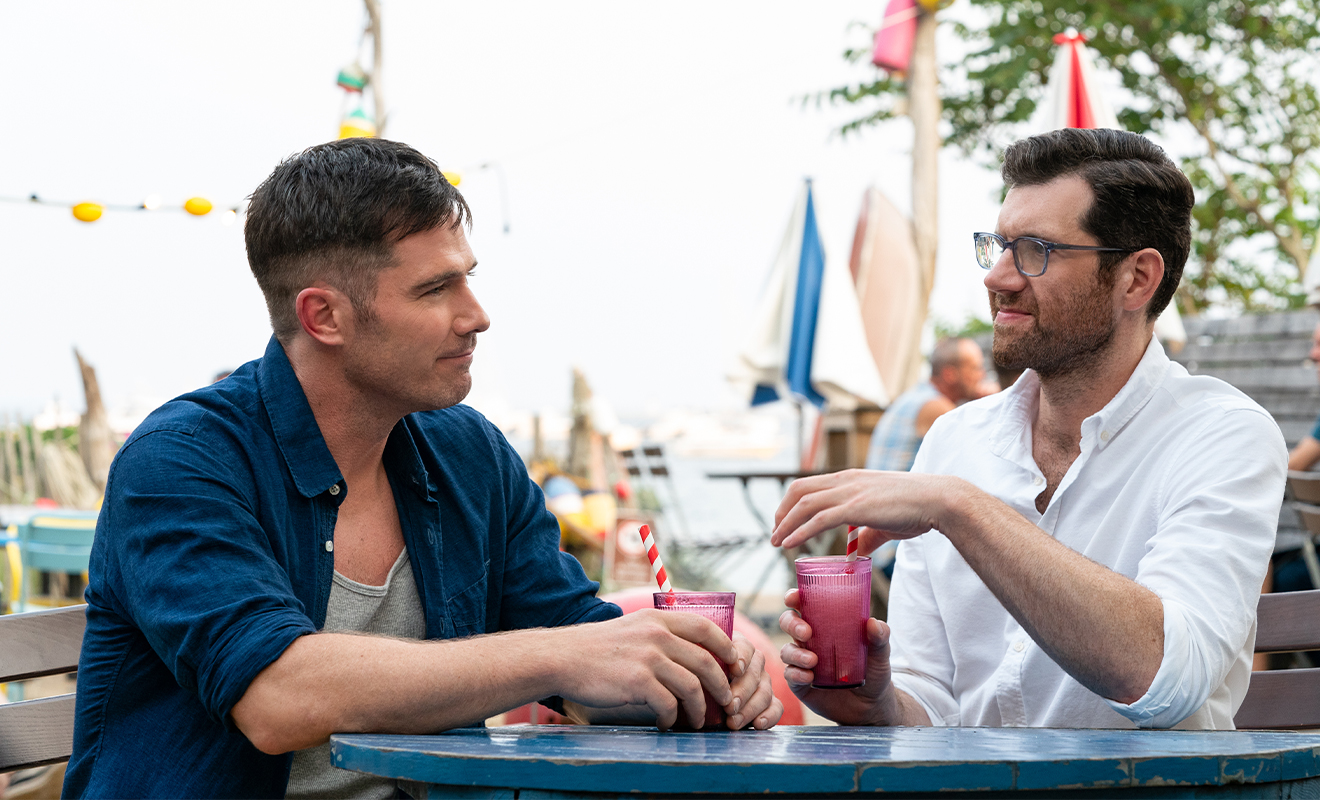 Billy Eichner’s new film project Bros has dropped a new trailer with a closer look at what to expect for the upcoming movie. Starring alongside Luke Macfarlane, Bros is part of the new generation of LGBTQIA+ films challenging the way our narratives are being told.

WE DON’T LIKE TO ADMIT IT, BUT BEING QUEER ISN’T ALWAYS RAINBOWS

An interesting insight from Universal Pictures’ new gay rom-com is that finding love in the LGBTQIA+ community is never a straight line. It can be tricky when the community prides itself on diversity and standing out; finding someone alike yourself is rare.

Billy Eichner plays Bobby; a jaded, alone-by-choice bachelor who has all of his constructs challenged by the laidback, masculine Aaron – played by Macfarlane. With hitmakers Nicholas Stoller and Jud Apatow at the helm; viewers are likely in for a a lot of comedy and heart.

The new trailer gives us a little more depth to storyline showing us how Bobby and Aaron first meet and awkwardly find common-ground with each other’s different perspective on life. Unsurprisingly, with the comic strength of Eichner, the trailer also reveals just how funny Bros is likely to be.

There’s not really much left to do beyond sit back, wait patiently for the October 7 release and pray we get more juicy teasers.