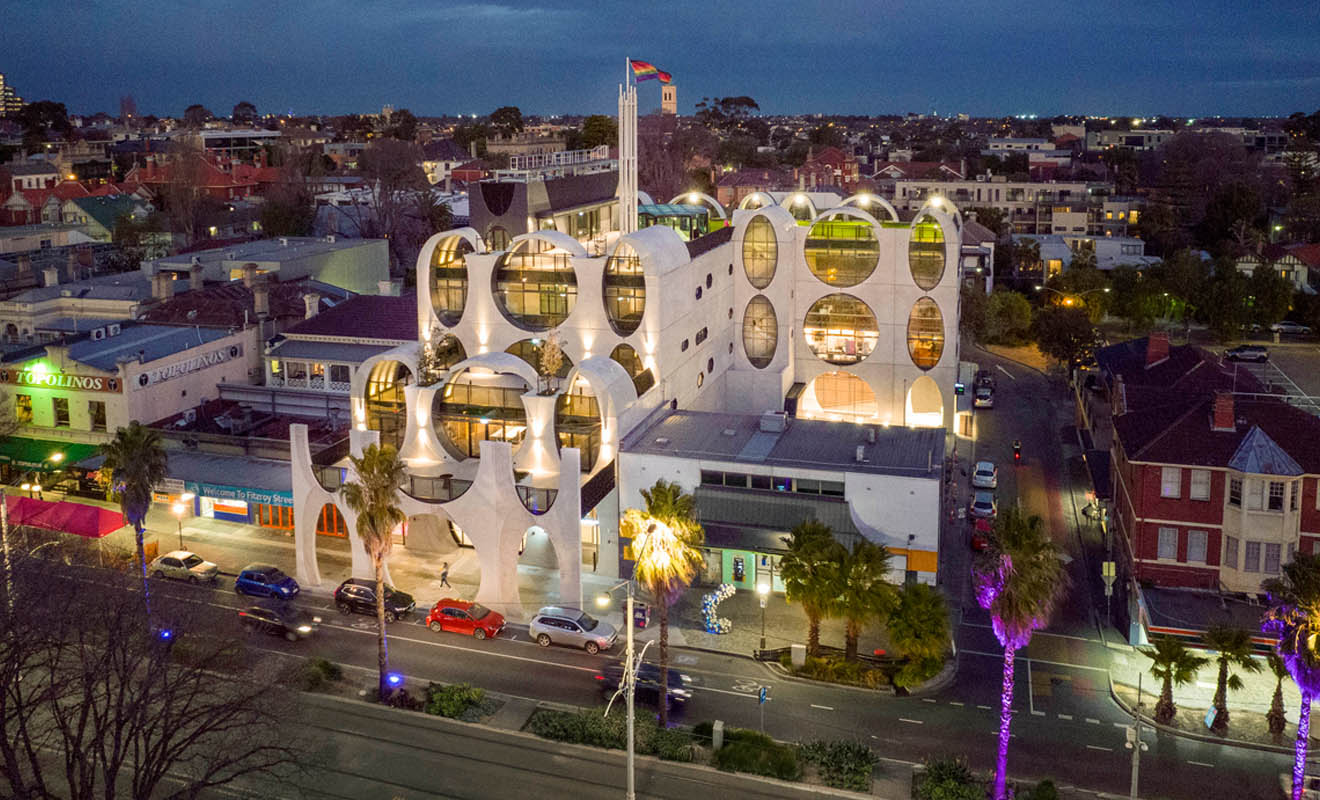 The Victorian Pride Centre, one of the first of its kind within Australia, has opened its doors in St Kilda, reports The Guardian. The centre is the result of a joint effort between the Victorian state government and local Port Phillip council contributing the $50m needed to bring the project to life.

The LGBTQIA+ community centre, which is considered one of the largest in the world, will house more than a dozen organisations including Joy FM (Australia’s only LGBTQIA+ dedicated radio station), the community newspaper Star Observer, Transgender Victoria and the LGBTI multicultural council. It will also contain spaces for art, culture, events, co-working and collaborative spaces.

The new building is also home to the Australian Queer Archives, an organisation that has over 200,000 items chronicling LGBTQIA+ Australian history, including the first ever Mardi Gras banner.

The building occupies the former site of Monroe’s restaurant, a popular hotspot for the local gay community in the ’90s. St Kilda has a long and complex history, starting as a seaside haven for the wealthy in the 1800s and becoming a suburb for ‘outcasts’ from the mid-20th century. The suburb housed some of Australia’s first gay clubs and sex worker support services, and was the birthplace of Australia’s first gay rights group, The Daughters Of Bilitis.

In recent years, St Kilda has faded, with many boutique stores and unique cafe’s closing their doors.

It’s hoped that the Pride Centre will revitalise St Kilda and provide greater access to much needed services and safe spaces for LGBTQIA+ people in Melbourne.

When officially opening the building, Victorian premier Daniel Andrews commented, “The space we’re in today is nothing short of amazing, fabulous even.”