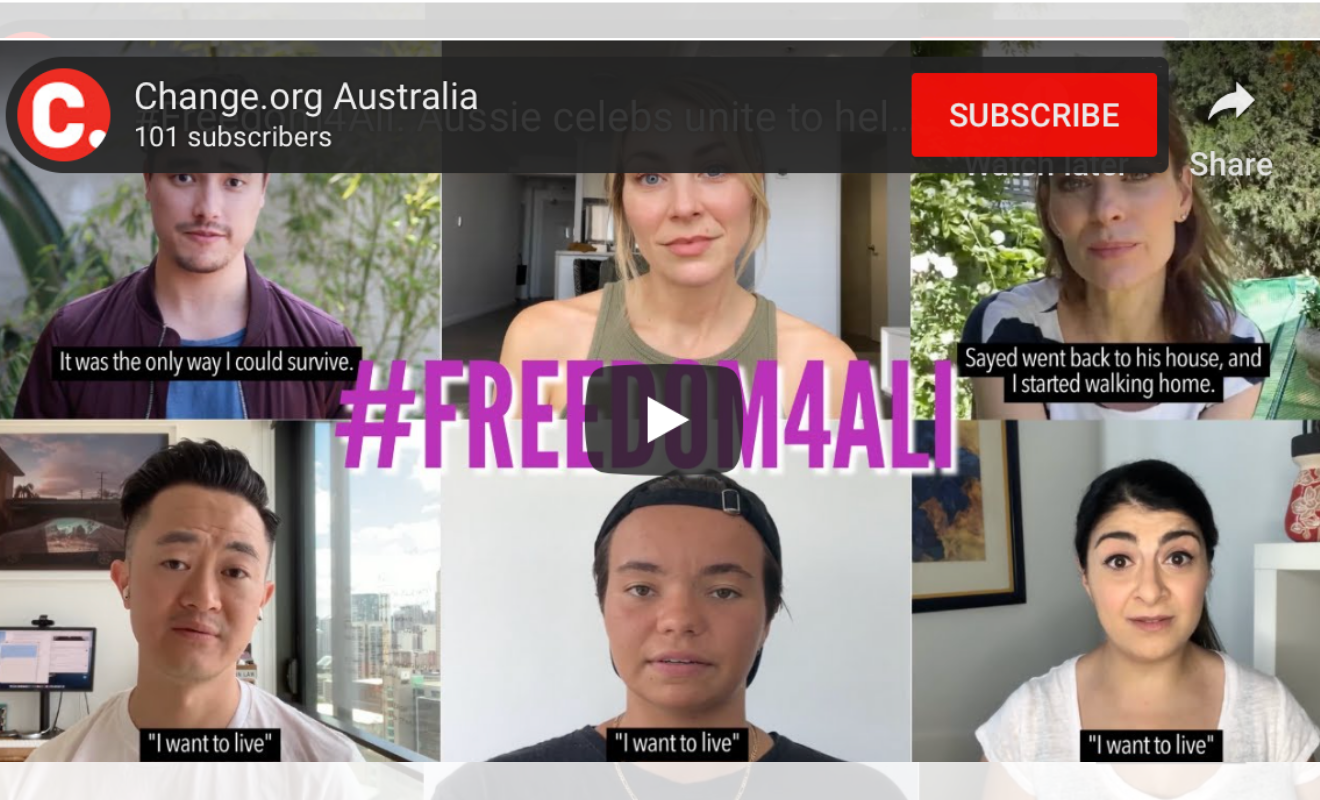 Over a dozen Australian stars have come together to call for the release of a gay refugee who has been languishing in an Australian detention centre, QNews reports.

Among the stars is author Benjamin Law, actor Kate Jenkinson, TV presenter Susie Youssef, and Crazy Rich Asians star Remy Hii who have all got behind the campaign #Freedom4Ali.

In a video posted to YouTube, the stars tell the story of Ali – a gay man who fled the Middle East after he was stabbed for being gay.

Ali and his partner Sayed were caught while walking home together and were violently attacked.

After his family started receiving death threats, Ali hid at a relative’s house. That family member then helped Ali leave his homeland and eventually travel to Australia.

“It was the only way I could survive,” he explains.

Ali has spent over 8 years in Australian immigration detention after fleeing his country. This has impacted his mental health culminating last year in self-harm.

“In Australia’s Immigration prison, I can’t be free, I can’t be who I am,” – Ali’s words as read by the public figures supporting the campaign.

“COVID has meant I haven’t had any visitors for most of 2020.

“Now the Immigration Minister has refused to look at my claim as a gay man fleeing life-threatening violence.

“After that, my case manager said, ‘There is nothing for you here. Do you want to go back home?’

On Thursday morning, Human Rights For All’s petition on Change.org calling for Ali’s release has been signed by close to 5,000 people.