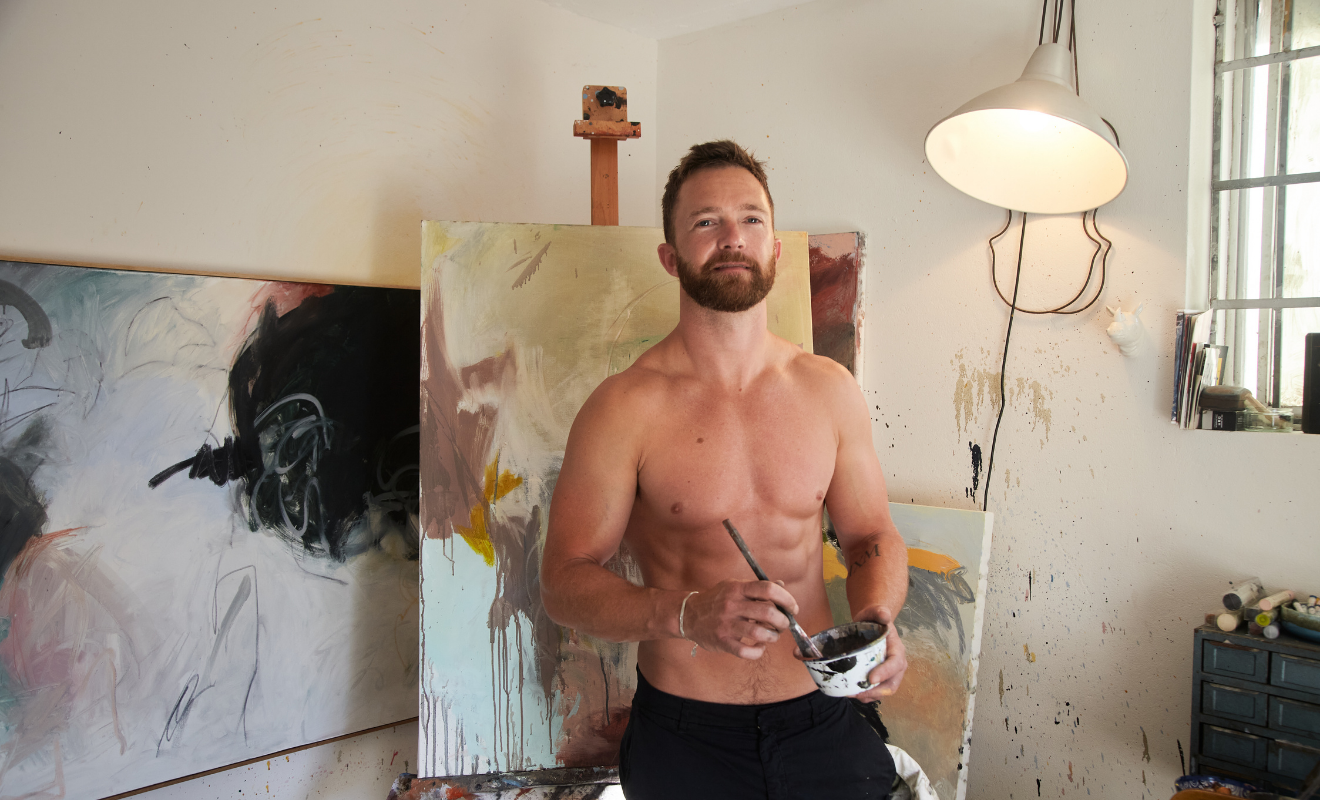 Australian actor Tim Draxl is also an emerging visual artist and an exhibition of his work, IN BETWEEN The Act of Painting opens on January 9 at Rex-Livingston Arts + Objects in Katoomba.

This is the first major solo exhibition for Draxl, who is openly gay.

“My most recent works occupy the in-between spaces. It’s a space I have often found myself in as an actor between jobs,” he explains. “It’s a space between who I project to be in public and who I am in private – a conscious space in which I make the decision to present as one way or the other. It’s a space between dark and light as we emerge from the COVID lockdown, during which my creativity completely shut down.

“And in the emerging layers of paint, there is a space between something I previously destroyed and the fragments I can’t get rid of – happy accidents caused by a brushstroke or scratch on the canvas revealing what lies underneath. This act of creating is similar to finding the right interpretation of a character through experimentation and improvisation in the rehearsal room. You never really know where you’re headed with a role until you get there. The act of painting is much the same,” Draxl said via a statement.

Also a well-known cabaret star and actor, Draxl said the move to painting was a nature transition.

“Painting is a performance,” he says. “It’s like getting into character. As an actor, you’re not just acting, you are being. You call upon real emotions to create a character. For a painter, the process is much the same. My paint clothes are my costume, my studio is the performance space, and in the act of painting, I am a painter creating emotion through the very real use of colour.”

Draxl is featured in DNA #252 available in DNAstore.