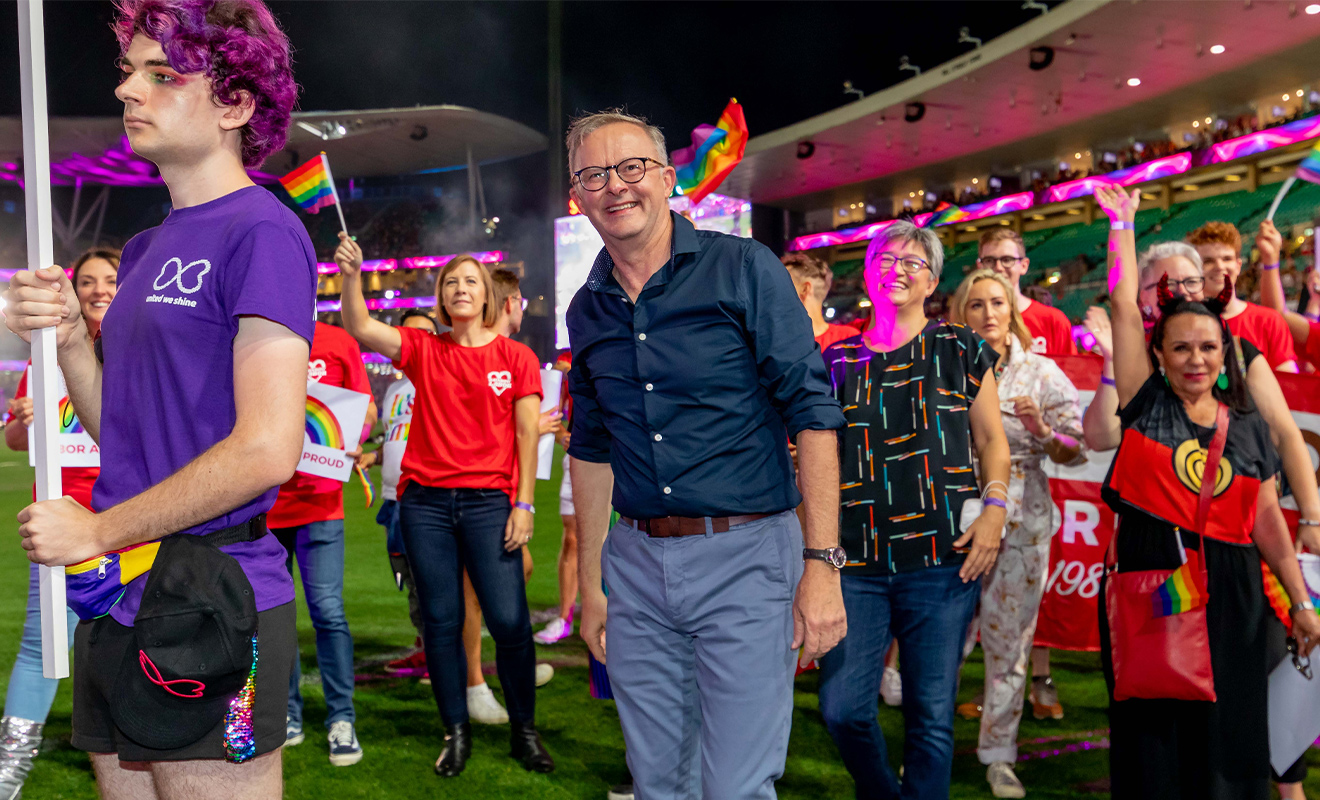 For the first time in over a decade, Australia’s Labour party has won the federal election over the Liberal-National Coalition. Australia has a new Prime Minister and the conservative leadership will be replaced by a moderate one; the implications this has for LGBTQIA+ people and other minority groups has the potential to be very significant.

NOT JUST A WIN, AN UNPRECEDENTED TRIUMPH

For those familiar with the political atmosphere, it comes as no surprise that the Coalition were unable to secure as many seats as in previous elections. Many seats that were considered safe for the Liberal party were supplanted. Even Treasurer Josh Frydenberg’s ostensibly secure Kooyong seat looks likely to be lost to independent politician Monique Ryan, reports 9News.

Other significant wins for Labour and the independents include North Sydney and Goldstein which were held by Tim Wilson and Trent Zimmerman respectively. Both politicians are openly gay and both lost to women. Despite being gay, members of the Liberal Party are known to hold the party line and offer lacklustre support to the LGBTQIA+ community; bringing in a fresh leadership suggests change for Kooyong and Goldstein.

Controversial politician Katherine Deves was Scott Morrison’s hand-picked candidate for the seat in Warringah, and she has lost to Zali Steggall who retains the Northern Beaches seat, reports SBS News. What makes Deves’ loss noteworthy is her divisive strategy that employed an anti-transgender campaign failed. It marks a shift away from reactionary politics with Ms Deves only securing 32.4 per cent of the first preference vote with a swing of minus 6.6 per cent.

Minor party Australian Greens report one of the most successful federal elections in their history with the party’s primary vote increasing from 1.9% to 12.3% nationally, reports The Guardian. The progressive, climate-focussed policies demonstrate a greater effectiveness than conservative, right-wing strategies.

The success of The Greens winning three seats so far means the plans to introduce a federal minister for equality is looking likely. The party also has a potential 12 members in the Senate, which gives them the power to negotiate with Labor. If a federal minister for equality is appointed, they will be able to advocate for more LGBTQIA+ freedoms and legislate for the protections and interests of the community, reports SBS News.

With left-wing parties securing major wins across the country, the state of affairs for LGBTQIA+ and minority groups looks more hopeful than ever. Australian Greens will agree to sit with Labor if they don’t manage to form a majority in the lower house meaning they will have the influence to form progressive legislation, reports The Canberra Times.

The Coalition have shown an inability to win seats by way of anti-trans campaigns, and the Australian people seem open to welcoming a new era with a moderate government. There have been 14 seats in the lower house won by women with seven still too close to call. Of the three seats lost by women to men, two were won by Labor politicians and one was one by a Greens member, reports ABC News.

Although Labor have offered to revisit the idea of a religious freedom bill but, if said legislation were to be brought to the table, there would be revisions to exclude the right of schools to fire or expel LGBTQIA+ people, reports The Sydney Morning Herald. Although used to spruik alleged hegemonic ideologies by former Prime Minister Scott Morrison, a religious freedom act would actually be helpful for Labor if they could stipulate policy to be inclusive for religious minorities and LGBTQIA+ communities.

The work to build a safer, brighter, more progressive Australia has only just begun, and looking ahead there will be many challenges for the new leadership to overcome. But platforming the right people to power is one of the largest hurdles and that has been successfully achieved.