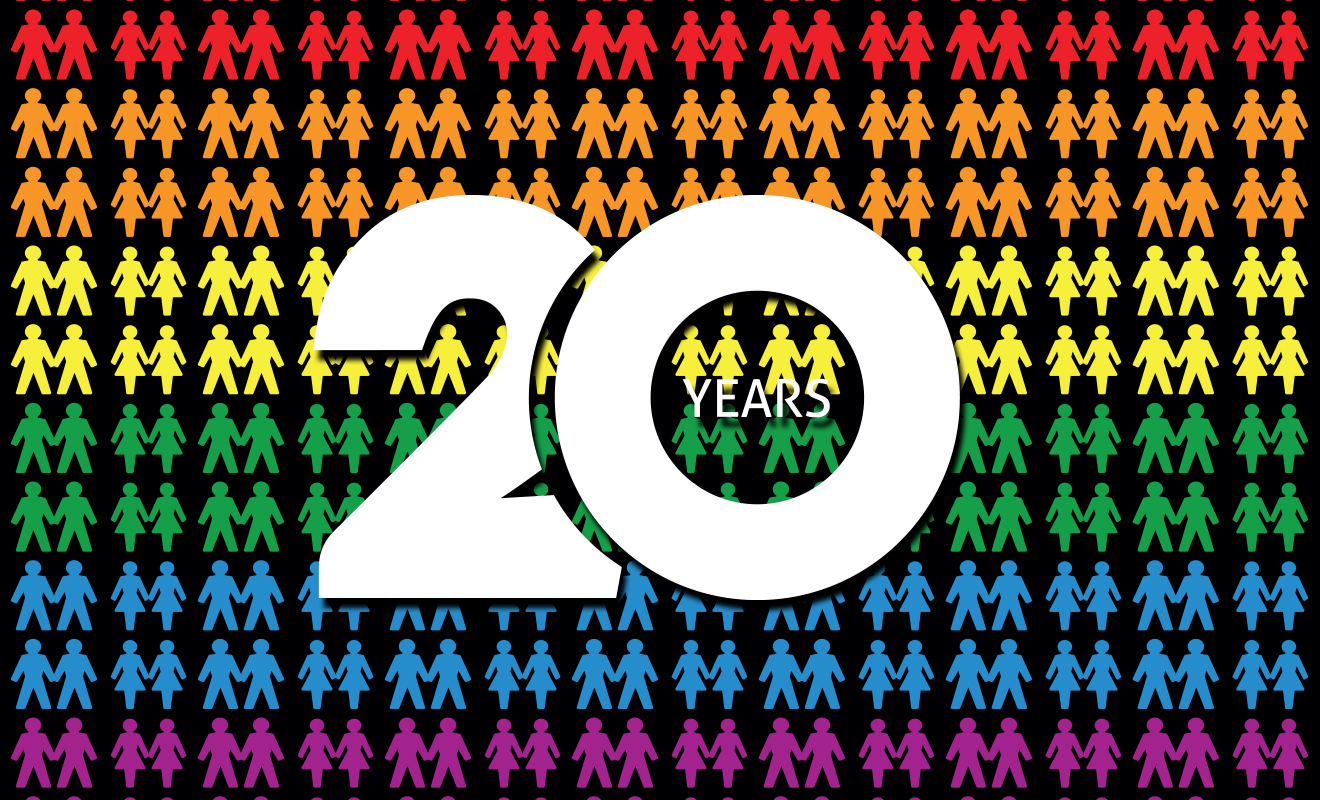 April 1st, 20 years ago, the Netherlands became the first country in the world to legalise and marry same-sex couples. With the mayor of Amsterdam officiating the union of four couples in City Hall.

Below, a timeline of the progression of the legalisation of same-sex marriage across the globe.

2001: Netherlands – Dutch couple Gert Kasteel and Dolf Pasker made history when they tied the knot in the world’s first legally-recognised same-sex wedding in the Netherlands.

2003: Belgium – A bill for legalisation was passed by the Senate on 28 November 2002, and by the Chamber of Representatives on 30 January 2003. It entered into force on 1 June, after King Albert II gave his royal assent.

2005: Spain – Same-sex marriage was introduced in several provinces by court decisions beginning in 2003 before being legally recognised nationwide with the enactment of the Civil Marriage Act on 20 July 2005.

2006: South Africa – South Africa is to date the only country in Africa to have legalised same-sex marriage. Same-sex couples can also adopt children jointly, and also arrange IVF and surrogacy treatments.

2008: Norway – Norway became the first Scandinavian country and the sixth country in the world to legalize same-sex marriage.

2009: Sweden – Same-sex marriage in Sweden was legalised 1 May 2009, following the adoption of a gender-neutral marriage law by the Riksdag on 1 April 2009.

2010: Argentina – A bill to legalise same-sex marriage was passed by the Chamber of Deputies on 5 May 2010, and by the Senate on 15 July. President Cristina Fernández de Kirchner gave her assent on 21 July, and the law went into effect the following day.

2010: Iceland – A bill providing for a gender-neutral marriage definition was passed by the Althing on 11 June 2010 with a unanimous vote.

2012: Denmark – The Danish Parliament voted on 7 June in favour of a gender-neutral marriage law, including marriages in the Church of Denmark.

2013: Brazil – Legalised 16 May 2013, following a decision from the National Justice Council, which ordered notaries of every state to perform same-sex marriages.

2013: New Zealand – A bill for legalisation was passed by the New Zealand House of Representatives on 17 April 2013 by 77 votes to 44 and received royal assent on 19 April.

2013: France – legalised on 18 May 2013, making France the thirteenth country worldwide to allow same-sex couples to marry.

2014: Luxembourg – A bill for the legalisation of same-sex marriages was enacted by the Chamber of Deputies on 18 June 2014 and signed into law by Grand Duke Henri on 4 July.

2015: United States – On June 26, 2015, the U.S. Supreme Court struck down all state bans on same-sex marriage, legalised it in all fifty states, and required states to honour out-of-state same-sex marriage licenses.

2015: Ireland – Republic of Ireland legalised same-sex marriage on 16 November 2015. A referendum on 22 May 2015 amended the Constitution of Ireland to provide that marriage is recognised irrespective of the sex of the partners.

2015: Finland – A bill for the legalisation of same-sex marriages was approved by the Finnish Parliament on 12 December 2014 and signed by President Sauli Niinistö on 20 February 2015. The law took effect on 1 March 2017.

2016: Colombia – legalised on 28 April 2016, when the Constitutional Court of Colombia ruled by a 6-3 vote that banning same-sex marriage was unconstitutional under the Colombian Constitution of 1991.

2017: Malta – legalised on 1 September 2017, following the passage of legislation in the Parliament on 12 July 2017. The bill was signed into law by President Marie-Louise Coleiro Preca on 1 August 2017.

2017: Germany – legalised on 1 October 2017. A bill for legalisation passed the Bundestag on 30 June 2017 and the Bundesrat on 7 July. It was signed into law on 20 July by President Frank-Walter Steinmeier and published in the Federal Law Gazette on 28 July 2017.

2019: Austria – Same-sex marriage in Austria was legalised on 1 January 2019, following a decision of the Constitutional Court on 4 December 2017.

2019: Taiwan – legalised on 24 May 2019. This made Taiwan the first country in Asia to perform same-sex marriages.

2019: Ecuador – legalised on 8 July 2019, following a Constitutional Court ruling that the country’s ban on same-sex marriage was unconstitutional under the Constitution of Ecuador. The ruling took effect upon publication in the official registry. Ecuador became the fifth South American country to allow same-sex couples to marry.

2020: Costa Rica – legalised 26 May, 2020 as a result of a ruling by the Supreme Court of Justice. Costa Rica was the first country in Central America to recognise and perform same-sex marriages.

In 2021, the countries that appear to be close to achieving marriage equality include Chile, Czech Republic, Japan, Philippines and Thailand.