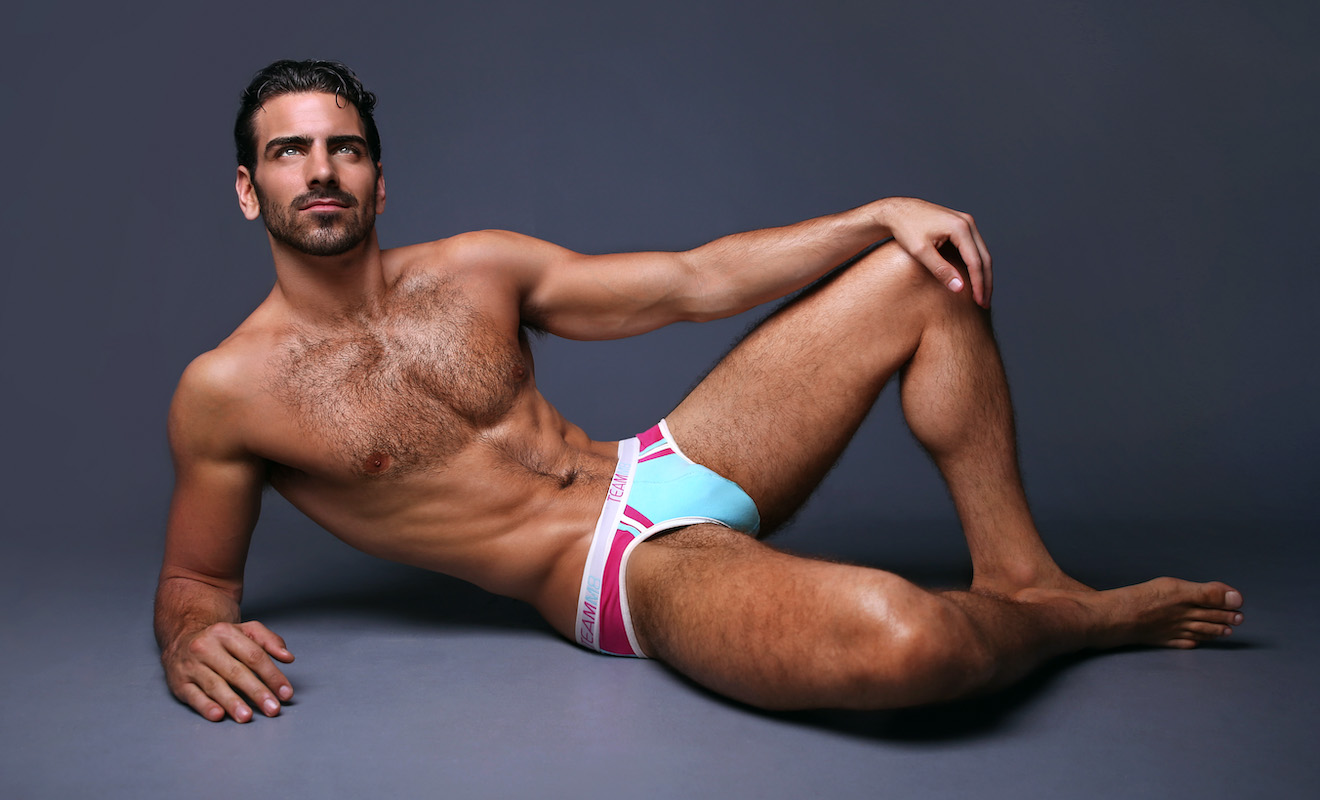 September 23 is International Bisexual Visibility Day as part of Bisexual Awareness Week. So here’s some of our favourite and hottest bisexual icons – putting the B in LGBTQIA+.

Keiynan Lonsdale is a queer triple threat, performing as a singer, dancer and actor and is best known for his role in Love, Simon and The Flash. Lonsdale released his debut album in 2020, Rainbow Boy, including the songs Gay Street Fighter and Kiss The Boy. In 2017, Lonsdale came out in a post on Instagram saying, “I like to change my hair, I like to take risks with how I dress, I like girls and I like guys (yes)… A couple years ago I was able to accept myself, and it saved my life… I hope we can all learn to embrace who we are and not judge people who aren’t exactly the same as us. The truth is we are all family, we’re all one.” Lonsdale later confirmed he chooses to identify as queer.

François Arnaud is a Canadian actor known for his roles in The Borgias and UnREAL. Coming out just over a year ago in time for Bisexual Awareness Week, Arnaud announced via Instagram that he was bisexual saying he was tired of trying to figure out, “how to tell a story without making it seem like that was the whole story of me.” Arnaud highlighted that, “many bisexual guys feel the same and end up doing as I did: letting other people’s assumptions of straightness stand uncorrected.” He also acknowledged the privilege that came with being “straight” and that it was scary to give that up as bisexuality still had, “stigmas of indecisiveness, infidelity, deception and trendiness.”

Alan Cumming, the actor, singer, director and all round icon has been an out-and-proud bisexual man for many years. He was married to fellow actress Hilary Lyon in the late ’80s for eight years, and had numerous longterm relationships with women and men until marrying his longtime partner Grant Shaffer in 2012. In an interview with Instinct he said, “I have a healthy sexual appetite and a healthy imagination… I still define myself as a bisexual even though I have chosen to be with Grant. I’m sexually attracted to the female form even though I am with a man, and I just feel that bisexuals have a bad rap.”

Hollywood’s leading man, Marlon Brando, had a career spanning 60 years, and a tumultuous personal life to match. Having married three times, and fathering eleven children, Brando was known as a Lothario in Hollywood. Although his bisexuality has been disputed on many occasions, Brando told a French journalist in the ’70s that, “Like a large number of men, I, too, have had homosexual experiences, and I am not ashamed. I have never paid much attention to what people think about me.” The late comedian Richard Pryor, who was openly bisexual, was alleged to have had affairs with Brando in the ’70s. Pryor’s widowed wife confirmed these rumours in an interview in 2019 saying, “It was the ’70s! Drugs were still good… If you did enough cocaine, you’d fuck a radiator and send it flowers in the morning.”

Ezra Miller, known for his acting roles in Perks Of Being A Wallflower and the Fantastic Beasts films, and as a member of the band Sons Of An Illustrious Father, has been open about his bisexuality and gender fluidity. In an interview in 2012 he commented on his sexuality saying, “The way I would choose to identify myself wouldn’t be gay. I’ve been attracted mostly to ‘shes’ but I’ve been with many people and I’m open to love wherever it can be found.” Miller also later confirmed he identifies as non-binary saying, “I’m comfortable with all the pronouns… I let he/his/him ride, and that’s fine.”

Another Golden-era Hollywood leading man, Cary Grant, was rumoured to have been bisexual. Grant was married five times, but lived on and off with fellow actor Randolph Scott. It has long been speculated that Grant and Scott were in a relationship. In a biography released in 2020 titled Cary Grant: A Brilliant Disguise, author Scott Eyman, discusses the ‘performance’ Grant played in his personal life, his reliance on LSD and his bisexuality. Eyman says that Grant was, “basically gay as a young man, later bisexual, still later straight,” he also said that, “Grant explained sexuality in terms of performance, of acting… to not completely explore one’s sexuality would be like an actor playing only one character for life.”

American actor and model, Nico Tortorella, known for their roles in TV’s Younger and appearances on RuPaul’s Drag Race, is openly bisexual and gender fluid. Initially coming out as sexually fluid, Tortorella re-identified as bisexual saying, “The more I’m having these conversations, the more comfortable I am identifying as bisexual… I’ve been so hesitant about using the word for so long, because it does have a negative connotation in our generation. People fought for so long for that ‘B’ in LGBT, and I refuse to be the person that’s going to throw that away because I think I have a more colourful word.”

Stand-up comedian and actor, Jerrod Carmichael, co-created and stars in his own show, The Carmichael Show. The show is semi-autobiographical and addresses a number of important issues, such as Black Lives Matter, LGBTQIA+ rights and gun control. In 2019, Carmichael released a TV special called Home Videos, where the comedian returns to his home in North Carolina and interviews important women in his life. Despite never confirming his sexuality publicly, when interviewing his mother Carmichael asks if she has ever been attracted to women, to which she responds no. Carmichael then adds, “I’ve hooked up with dudes before.”

Actor, model and deaf activist, Nyle DiMarco, came out as sexually fluid in 2015 after winning America’s Next Top Model. Initially being unsure on how to identify, DiMarco felt most comfortable with the term sexually fluid, saying, “I think the difference is bisexuality means you’re interested in both, but I think for me there are certain times in my life where I feel that certain attraction toward one type or another. When I first read about sexual fluidity, it was the first time I felt a connection.” DiMarco has also discussed the difficulties in being deaf and a part of the LGBTQIA+ community and his concerns about having multiple minority identities, saying, “It is a conflicting feeling when I realise LGBTQ is my community where I can finally be myself, but yet still get discriminated against.”

Nyle DiMarco was also featured in a sexy shoot as our cover model for DNA #193.

Frank Ocean, the singer, songwriter and rapper, penned an open letter on his Tumblr in 2012, after the release of his debut album Channel Orange. Initially intended to be included in the liner notes of the album, the post recounted his experience falling in love for the first time with a man. In an excerpt from the post it says, “4 summers ago, I met somebody. I was 19 years old. He was too. We spent that summer, and the summer after, together. Everyday almost. And on the days we were together, time would glide. Most of the days I’d see him, and his smile. I’d hear his conversation and his silence… until it was time to sleep. Sleep I would often share with him. By the time I realised I was in love, it was malignant, It was hopeless, there was no escaping, no negotiating with the feeling, no choice. It was my first love, it changed my life.” When asked in an interview about whether he considered himself bisexual, Ocean said, “I’ll respectfully say that life is dynamic and comes along with dynamic experiences, and the same sentiment that I have towards genres of music.”

William Goh wrote about his experiences as a bisexual man in a feature for DNA #260, titled We Need To Talk About Biphobia. Read it here.

Check out Fitafy to find fitness-minded singles and dating that fits you best.