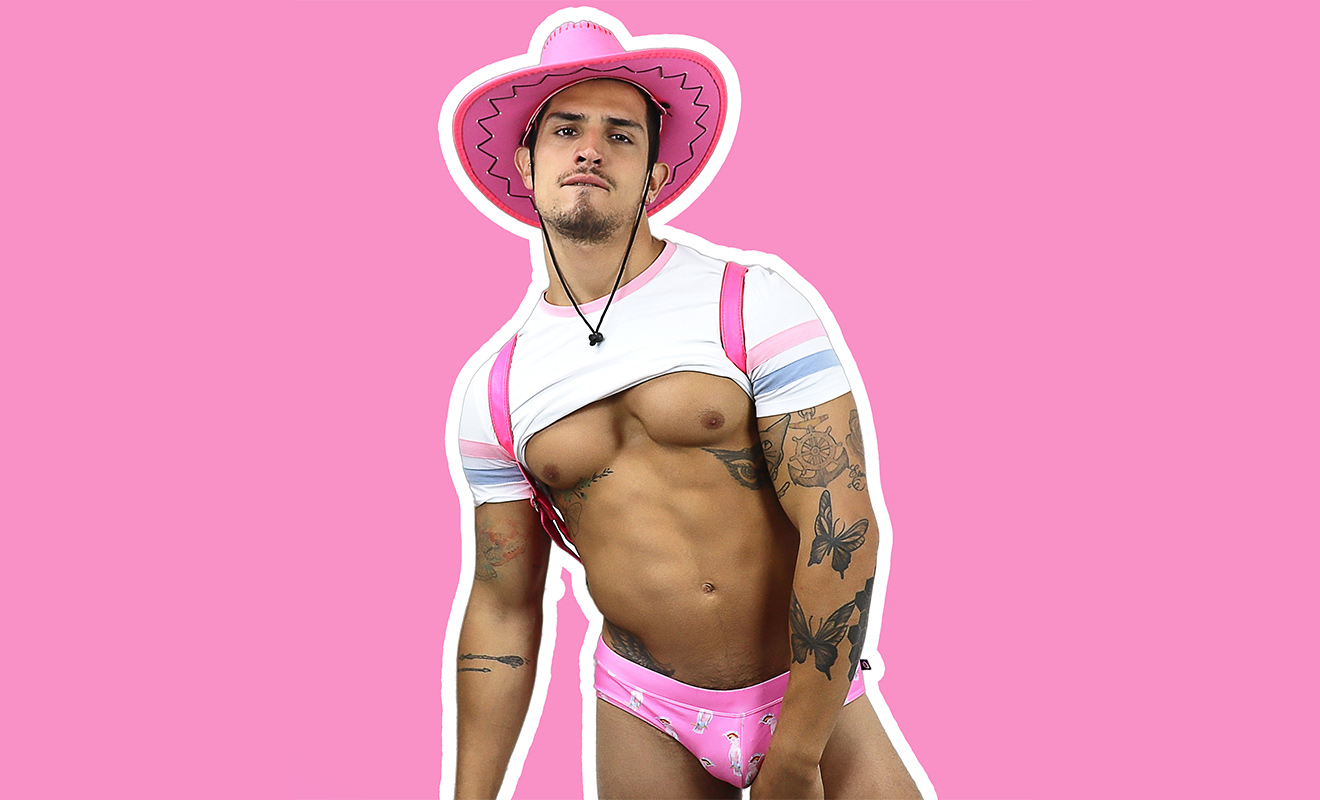 As summer ended and the memories of a fabulous Sydney Mardi Gras 2020 were still fresh, our world turned upside down.

The everyday things we took for granted began to close, one by one, until our homes became our gyms, restaurants, nightclubs and everything in between.

While lockdown has been hard on us everyone and changed the world in many ways, we have managed to push through to the other side where the light at the end of the tunnel is beginning to appear.

Sydney start-up brand, Rude Rainbow, the brainchild of co-founders and fiancés Mitch Petropoulos and Kieran Kartun are just one of many businesses that adapted during the crisis to go beyond party accessories and to feature a collection of masks and hot guy puzzles.

No strangers to being part of big creativity, you may recall this viral TikTok sensation when Melbourne-based creative art director, Jeff van de Zandt, lip-synched and danced to ScoMo’s press conference, which also featured the epic finale from one of the company’s signature fans.

“We saw Jeff’s amazing video going viral, with our humble little “Werk” fan being seen by millions of people and even the Prime Minister, Scott Morrison laughing about it on the ABC – it was so much fun to watch!”

The world is slowly opening up again and Rude Rainbow is on a mission to get you ready for your “coming out” of isolation.

“We are excited for the lockdowns to begin easing (sensibly of course) so that our vibrant community can come together once again outside of their homes. The LGBTQI community has done so well over the past few months under such trying circumstances so we wanted to celebrate that huge achievement.”

Featuring a selection of the brand’s launch collection, as well as their most recent products, Masks and Hot Guy Puzzles, Rude Rainbow are giving away two packs to keep you occupied, both in and out of lockdown.

A nice way to spoil both yourself and that special someone who helped get you through iso.

In 25 words or less tell Rude Rainbow why you and your isolation buddy deserve to win a Rude Rainbow ‘Coming Out (of Isolation) pack’?