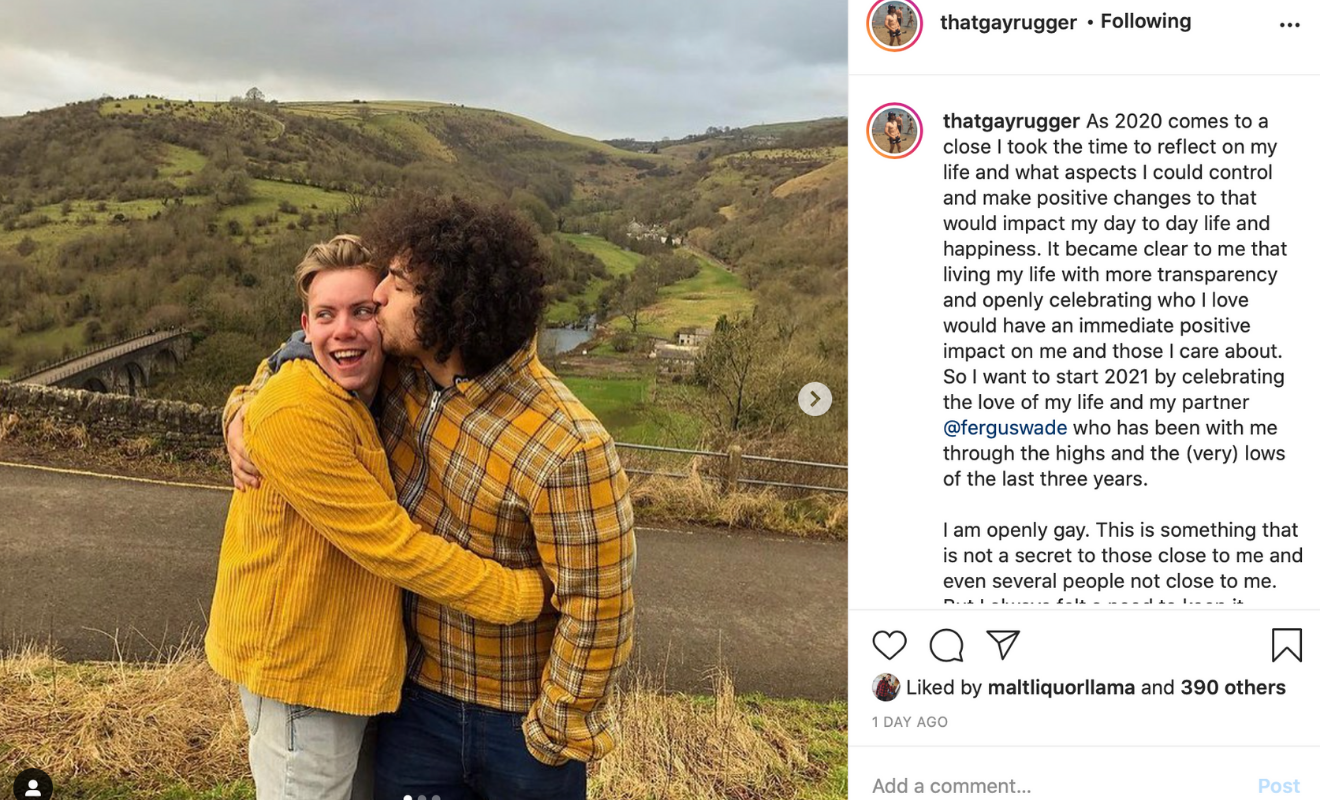 Devin Ibañez, a US pro rugby player is the latest sports star to come out as gay, Outsports reports.

Ibañez, who played professionally in Major League Rugby, hopes his coming out will inspire others in a similar situation.

Ibañez posted to Instagram a photo of him and his boyfriend with the caption, “decided to embrace what I once felt embarrassed of and be proudly and shamelessly myself.”

Ibañez, who played with the New England Free Jacks in 2019 and hopes to play in England to be closer to his boyfriend, posted his coming out message on Facebook and Instagram as a way to close out the old year and begin the new.

Since posting his coming out message, Ibañez told Outsports that “everyone has been overwhelmingly supportive and amazing. I’ve even gotten some messages from players who played on the same teams as me who told me a bit about their own stories. And that’s all I really want. Just to connect with those who had similar experiences and hopefully inspire those who are going through the same things.”

In coming out, Ibañez hopes to become a role model for other LGBTIQA rugby players who are struggling their sexuality and their sport.

“I am extremely lucky to live in a very accepting place in Boston and to have an amazingly supportive family. So in many ways I’ve had it very easy, but it was still a long and difficult process. But I can say I am definitely one of the lucky ones, so if I couldn’t get myself to take that step for this long with all of the support I had I can’t imagine how difficult it is for those who don’t have those support systems,” Ibañez said.