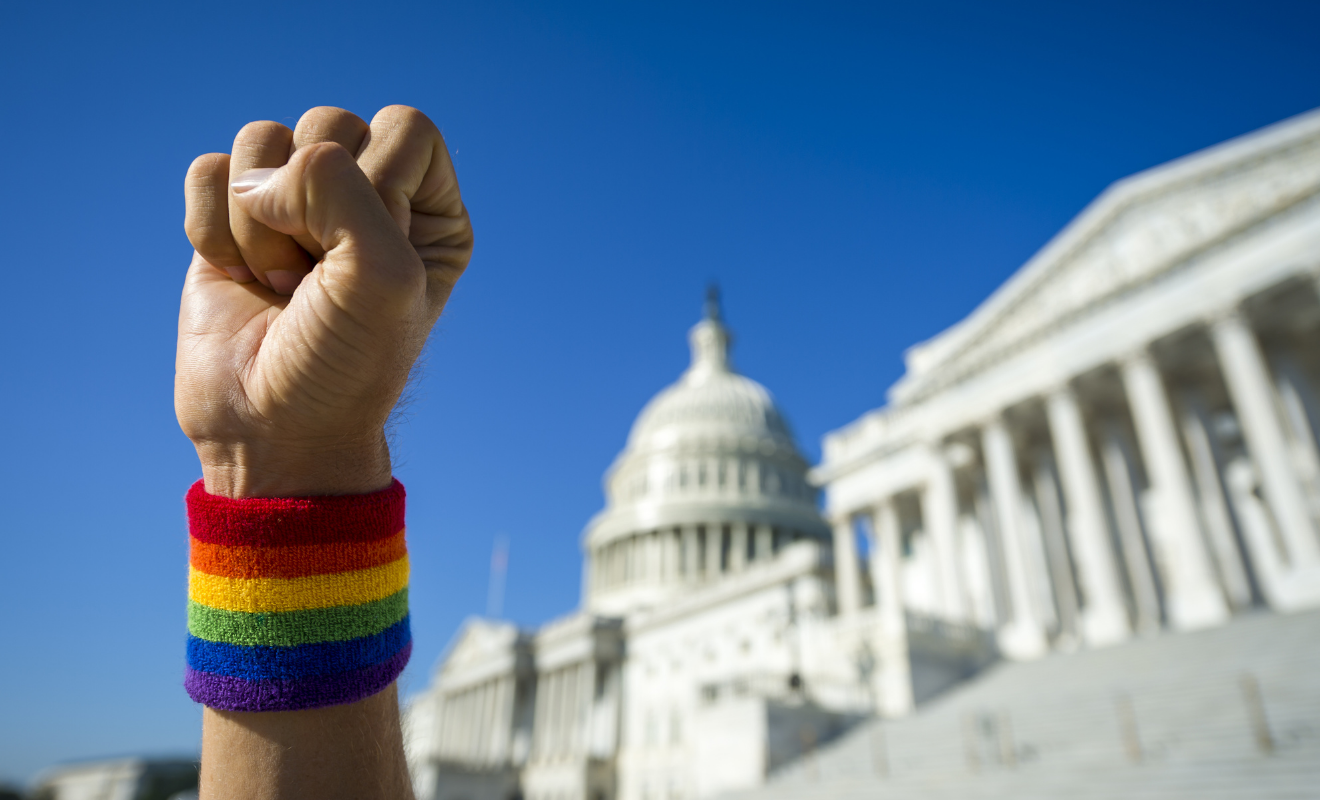 The US House Of Representatives has passed the Equality Act, 224 votes to 216, but the legislation faces a difficult path through Senate, where Republicans will attempt to vote it down, The Guardian reports.

The passing of this landmark legislation brings the US LGBTIQA+ community one step closer to winning legal protection from discrimination.

The Equality Act amends the 1964 Civil Rights Act to include sexual orientation and gender identity as protected classes in addition to race, religion, sex and national origin.

The vote went largely along party lines with the exception of three Republicans who sided with the Democrats in support of the legislation.

The legislation’s future, however, is threatened by the Senate where it needs 60 votes to pass. The Senate is split 50/50 between Democrats and Republicans.

“Without the Equality Act, this nation will never live up to its principles of freedom and equality,” Democratic representative Marie Newman of Illinois, who has a trans daughter, said on the House floor on Wednesday.

“I’m voting yes on the Equality Act for Evie Newman, my daughter and the strongest, bravest person I know.”

In the US, only 22 states and the District Of Colombia prohibit discrimination based on sexual orientation and gender identity meaning the country’s LGBTQIA+ community face prejudice in housing, credit, jury service and public spaces.

State legislatures regularly advance laws that limit local LGBTQ+ protections. Since the start of the year, a dozen states have introduced or passed laws to bar trans girls from participating in girls’ sports leagues.

President Biden said he will sign the Equality Act if it passes the Senate, saying via a statement last week, “Every person should be treated with dignity and respect, and this bill represents a critical step toward ensuring that America lives up to our foundational values of equality and freedom for all.”

Biden is a vocal supporter of LGBT+ rights, in a clear departure from the Trump administration, which barred trans people from joining the military and issued orders emphasizing the importance of “biological sex” rather than gender identity.

After taking office in January, Biden signed an executive order that federal agencies must not discriminate against LGBTQIA+ people and issued a memorandum aimed at protecting LGBTQIA+ rights worldwide, including through the use of sanctions.

LGBTQIA+ advocates praised Biden’s use of the executive office but reiterated the need for comprehensive legislation.

“We deserve more than temporary measures,” said Erin Uritus, chief executive of Out & Equal Workplace Advocates, in a statement.

“Turning the Equality Act into the law of the land is absolutely necessary to cement civil rights protections for LGBTQ Americans.”