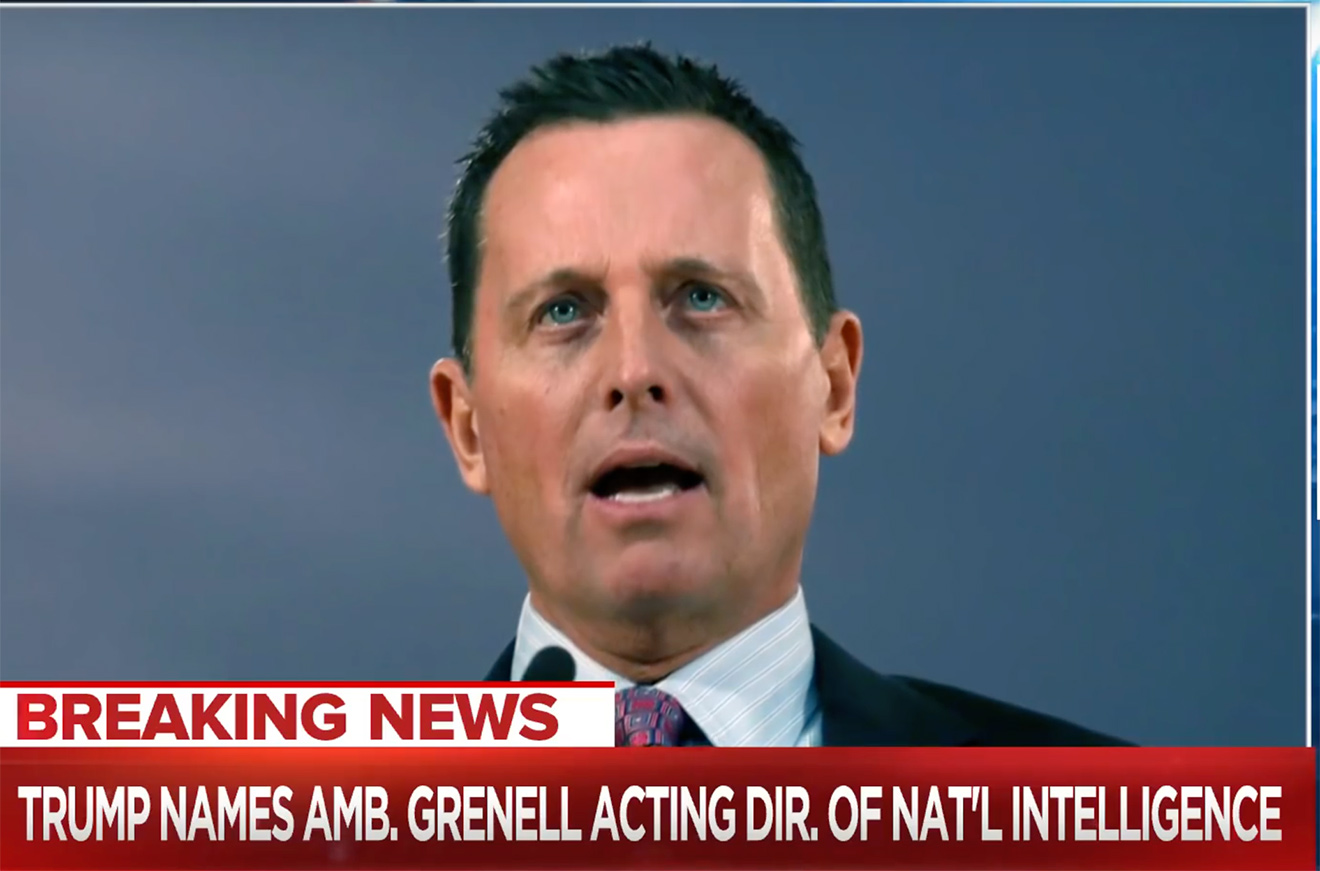 The current US Ambassador to Germany, Richard Grenell, has been appointed Acting Director of National Intelligence (DNI) becoming the first openly gay person to hold a cabinet-level position.

Trump made the announcement via Twitter saying Grenell was “highly respected” and that he represented the US “exceedingly well.”

Before you celebrate having a gay in Trump’s inner sanctum he hasn’t exactly supported the LGBTIQ community. In 2019 when Pete Buttigieg said that Mike Pence is homophobic, Grenell accused Buttigieg of making up a “hate hoax along the lines of Jussie Smollett.”

“Mike and Karen [Pence] are great people,” Grenell said at the time. “They are godly people. They’re followers of Christ. They don’t have hate in their heart for anyone.”

Grenell’s best-known initiative as US Ambassador to Germany had nothing to do with Germany at all: he claims he worked with Trump on a campaign to end the criminalisation of homosexuality around the world (Germany legalised homosexuality in the 1960s).

While the campaign hasn’t produced any notable results – Gabon banned homosexuality last year – it has been touted by the right as a sign that Trump isn’t completely anti-LGBTQ, even if he forgets it exists every now and then.

The Log Cabin Republicans, a conservative gay political group, tweeted their excitement by the appointment and assured their followers that Grenell is “totally qualified.”

His appointment as acting DNI is part of Trump’s attempts to “destroy America’s fact-based institutions,” said former US Ambassador to the UN, Samantha Power.