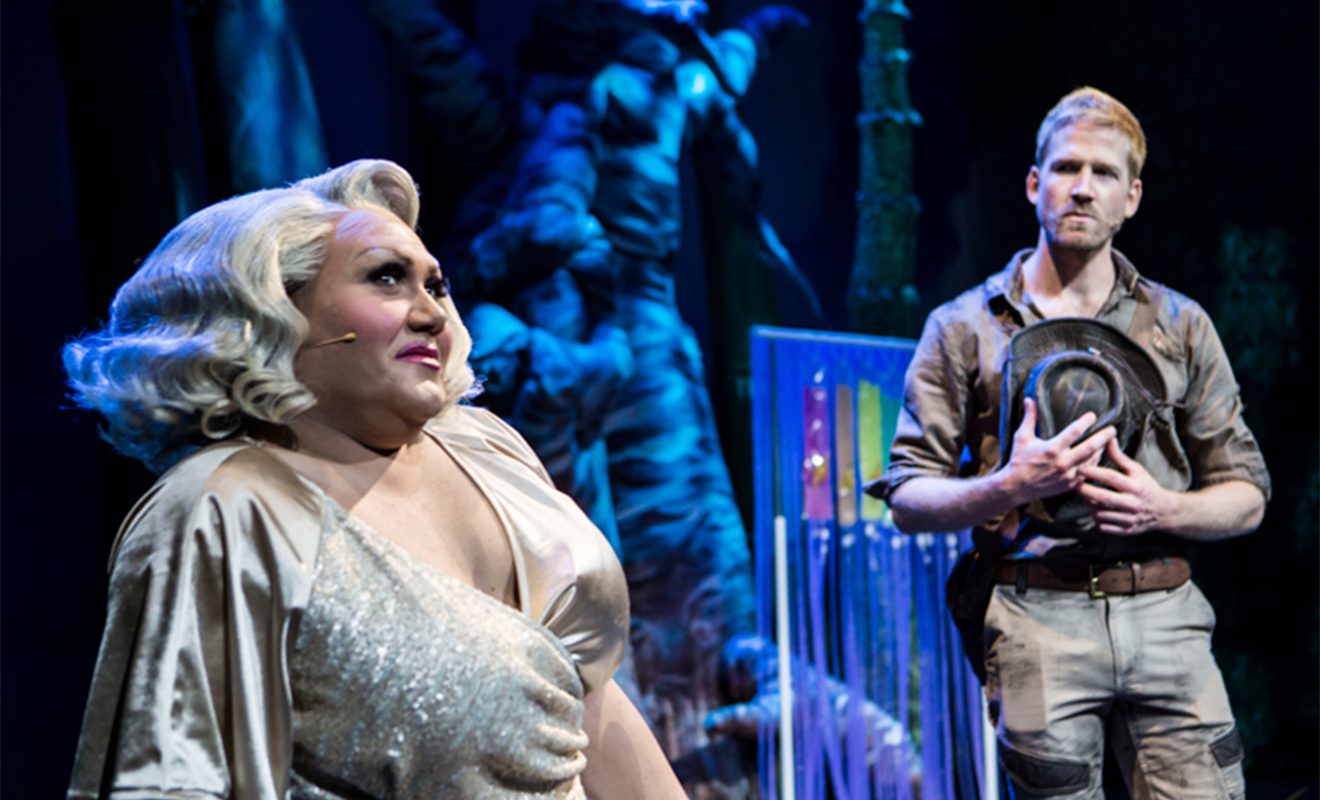 Trevor Ashley and Brendan Irving in The Lyin' Queen (Supplied)

The Lyin’ Queen is an amalgamation of comedy skits, irreverent musical numbers and, with the return of hunky cast member Brendan Irving, a whole lot of shirtless antics. The performance takes audiences on a chaotic ride as Gaye WRay, played by Trevor Ashley, visits a tropical island to shoot a commercial for Dr Rabbitborough’s new theme park off the coast of Queensland. As one could imagine, things do not go to plan.

Todd McKenney of Dancing With The Stars and Boy From Oz fame, breathes a new life into his role with his own sense of unique humour. “I couldn’t be more thrilled that Todd has joined the cast of the show,” says Trevor. “He’s an Aussie legend and has the best sense of humour, so can’t wait to be on stage with him in this outrageously hilarious comedy.”

For those who remember the show from its first incarnation in 2019, much of the hilarity comes from watching the cast juggle a set full of odd props and dodgy dinosaur special effects! Plus, as with all Trevor Ashley productions, there’s plenty of scathing social commentary and tall poppy trimming – nobody is safe!

Joining Trevor Ashley and Todd McKenney is American Psycho stand-out Shannon Dooley, Shauntelle Benjamin from Book Of Mormon and Brendan Irving from Rocky Horror Show (and previous host of the DNA Pool Party). The extraordinary costumes are by Angie White (Heathers, Mack And Mabel) with choreography by Cameron Mitchell (Catch Me If You Can, Calamity Jane) with lighting design by Gavan Swift (Harry Potter, Heathers).