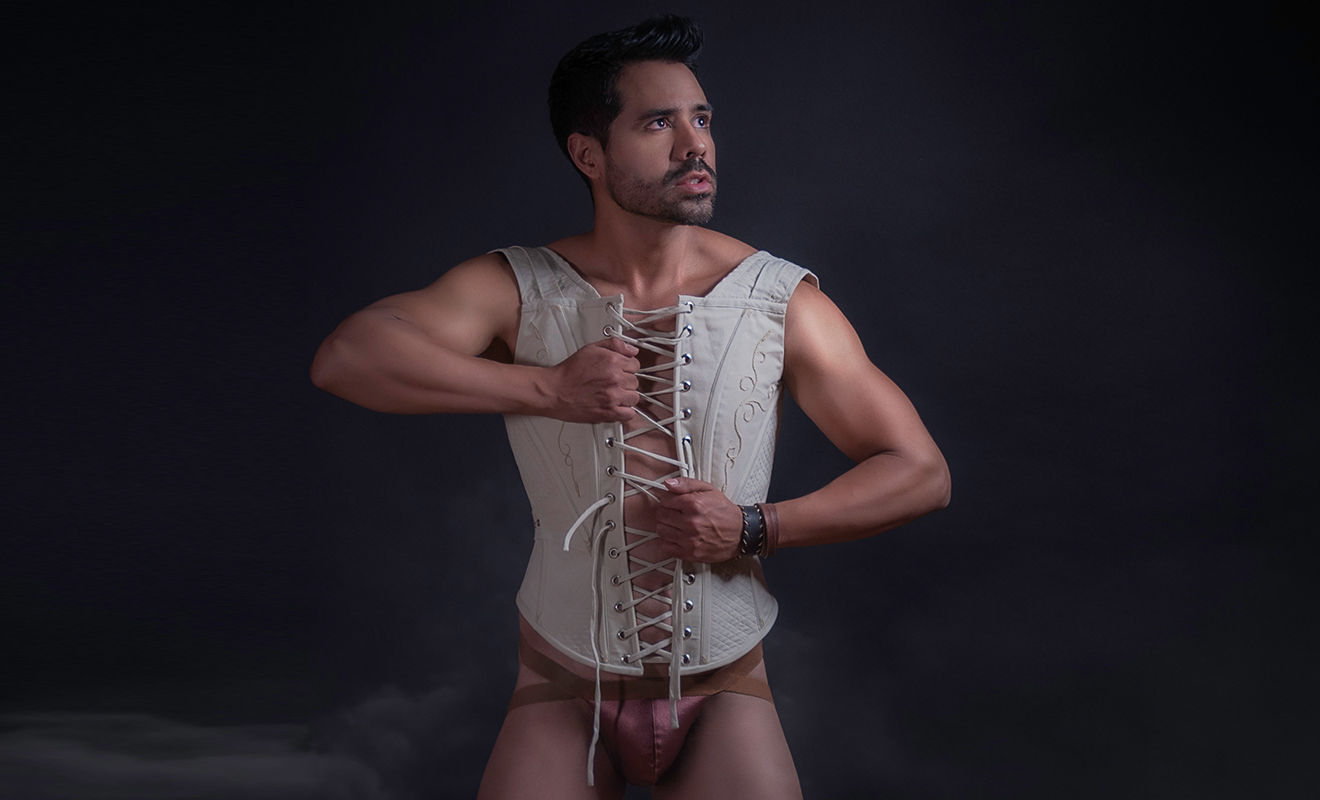 Photographer Carlos says, “Toño is a model and TV host. He has a show called El Bar and he is also the co-host on the nightly variety show Aqui Esta La Noche. He likes to go to the gym every day to work out and he also studies dubbing”.

“Toño is a very versatile model considering his short career. He started modelling recently and has shown great expression in various facets of modelling. Now he dabbles in nude modelling in this series as Azazyel the fallen angel. This fallen angel is responsible for the deadly weapons on Earth. Azazyel was the one who was behind men discovering weapons and little by little using them to harm their neighbours. However, if everything goes according to the writings of the Apocalypse, the end of this angel will come on the day of final judgement with a fight against the archangels Michael and Gabriel,” says Carlos.