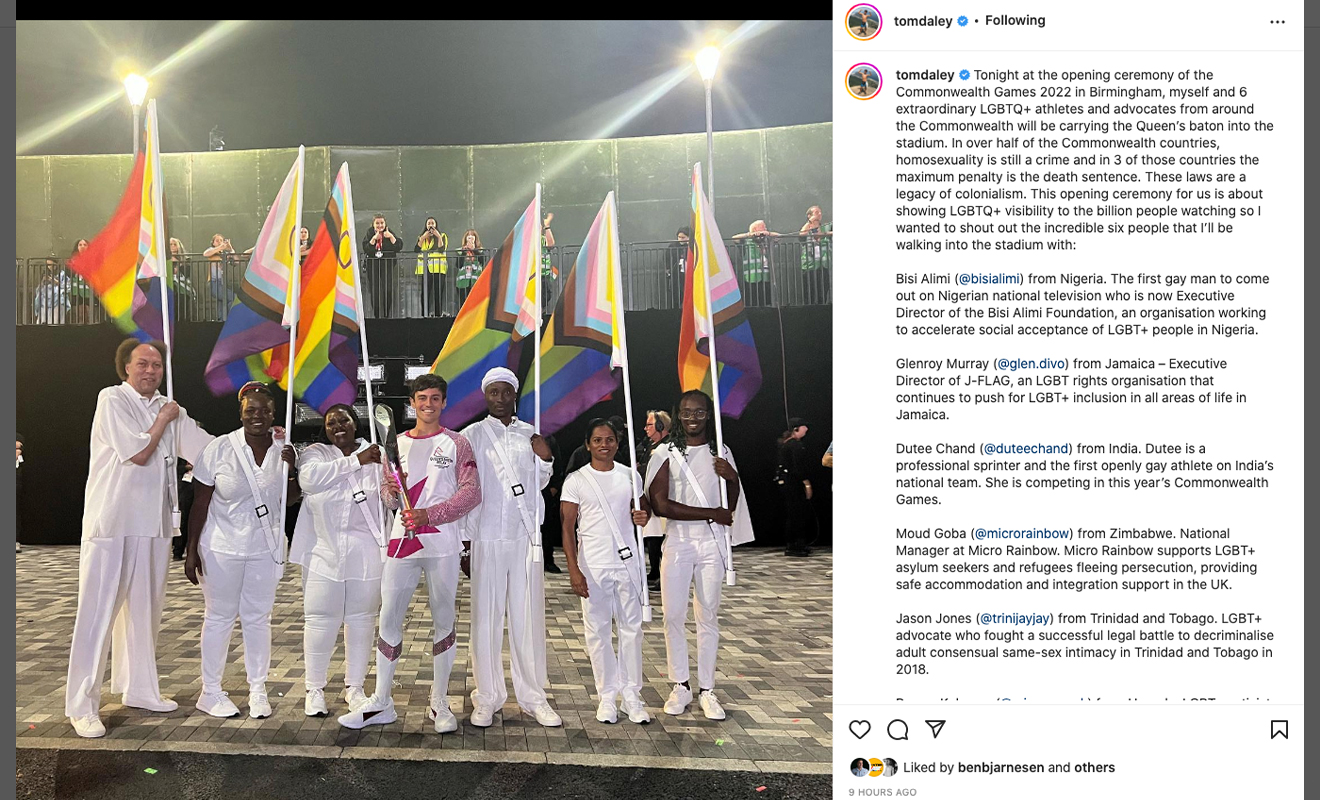 Tom Daley at the Commonwealth Games (Screencapture via Instagram)

At the opening ceremony of the Commonwealth Games on Thursday, July 28, British diver and Olympic gold medalist Tom Daley entered with Pride supporters to show support for LGBTQIA+ rights. The out athlete flew the progress Pride flag in the ceremony to symbolise his stance, reports Pink News.

DALEY STANDS FOR QUEER RIGHTS AND WILL CONTINUE TO DO SO

The Commonwealth Games will host 56 nations this year and Tom Daley was among four others selected to be England’s Batonbearer. Daley wanted to use the opportunity to show national pride as well as stand up for LGBTQIA+ rights.

The diver hoped to bring attention to the fact that of the 56 nations competing, 54 still criminalises homosexuality. “LGBT+ athletes must be safe and feel comfortable being their authentic selves without fear of persecution or death,” says Daley.

Daley has been filming his upcoming movie Tom Daley: Illegal To Be Me where he travelled to countries within the Commonwealth where homosexuality is illegal. Hearing the stories of queer people inspired Daley to address the Commonwealth Games Federation (CGF) and have them enact more protections, reports Pink News.

“I learned so many really harrowing stories,” he says. “One of the big things that came of it was visibility and being seen and that is why something that is happening at the opening ceremony is going to be quite the historic moment.”

Daley has achieved an open dialogue with the CGF and brought their attention to things they can do to improve the lives of LGBTQIA+ people. It’s crucial that people with a large platform like Tom Daley continue to create visibility for the global queer community.

It’s easy to forget the many countries where LGBTQIA+ people suffer, so Daley’s stance and vocal support is a much-needed boon.