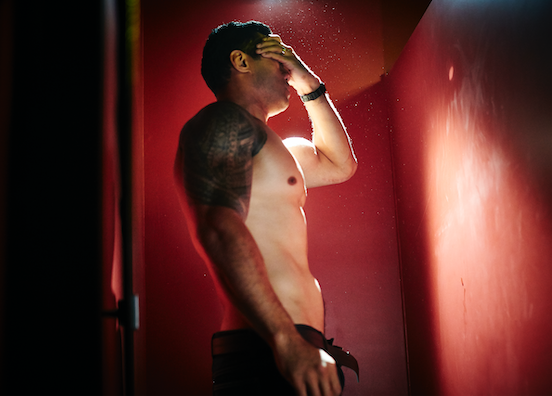 Officer Will Jackson (Robbie Magasiva) freaks out in Wentworth (Foxtel)

The much-anticipated final season of Wentworth has been announced alongside a thrilling trailer that teases themes for the upcoming season. The show will air on Tuesday, August 24 at 8.30pm on FOX SHOWCASE and sees the dramatic conclusion to popular women-in-prison drama.

Alongside the trailer, Foxtel offered a rundown of what viewers could expect from The Final Sentence.

“When the gates of Wentworth Correctional Centre open on the final season, three weeks have passed since the shivving of Allie (Kate Jenkinson). With Allie’s attacker still at large, no one, least of all the H1 family, realise that they have a terrorist and would-be murderer, Judy Bryant (Vivienne Awosoga), in their midst,” claim Foxtel.

Read more about the cast of Wentworth in The Archives, interviewing Robbie Magasiva, David De Lautour and Bernard Curry.

Since airing in 2013, the show has received acclaim from critics on both the domestic and international front with comparisons being drawn between Wentworth and highly popular series such as Orange Is The New Black.

All episodes of the prison drama are available to stream watch On Demand. See the trailer below for a sneak peek of the final season.