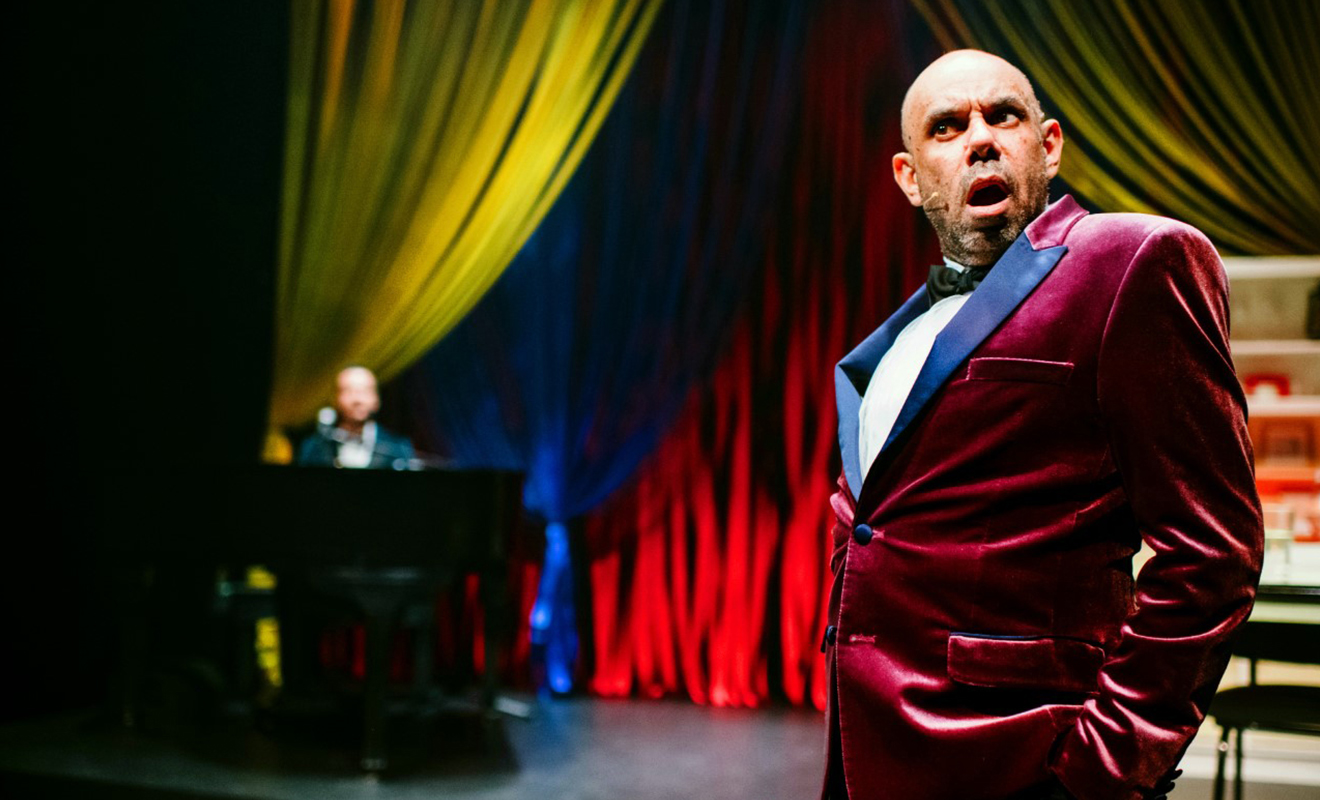 Oliver’s show weaves comedy and contemplation through a series of song and dance numbers drawing on his personal journey as a gay Aboriginal man living in Australia. The show’s original score transitions from perky pop to rap to poetry all while telling stories of love, loss and his life.

Oliver is no stranger to taboo topics. In Black Comedy, as two gay friends tried to outdo one another, his catchphrase, “Well, what’s this then slut?” became a favourite on the show.

His honesty and openness continue through his cabaret, with no subject off limits; touching on issues of mental health, the downsides of fame and racism.

Oliver and his onstage accompanist, award winning pianist Michael Griffin, have already dazzled Brisbane audiences with their hilarious and spicy banter and regular dance breaks, making this an unmissable show.

Steven Oliver’s Bigger And Blacker is showing at The Sydney Opera House, 19 May to Saturday 22 May.

Tickets can be purchased here.