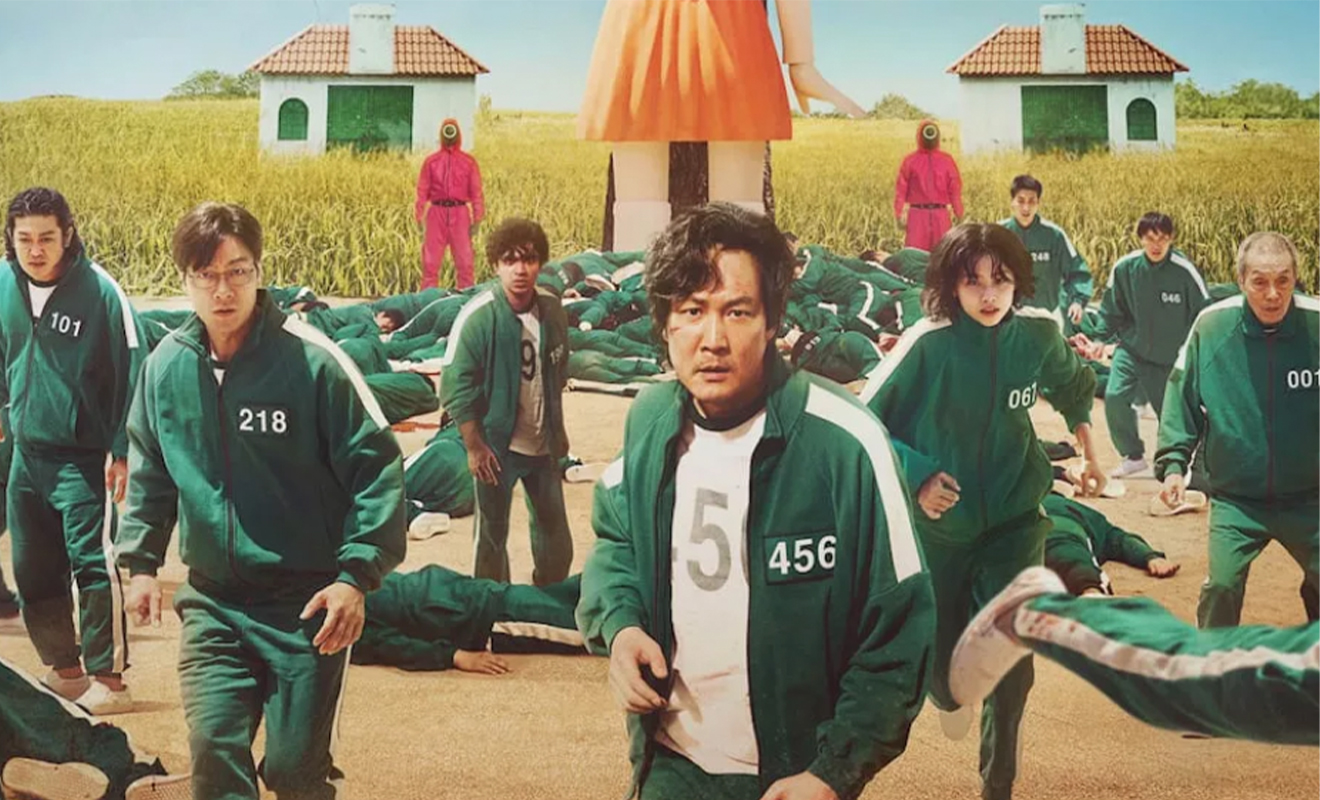 If you’ve been on social media lately, you might have noticed all the hype around the latest dystopian drama series, Squid Game. This very dark, South Korean show hit Netflix in September and has quickly become one of the most popular shows on the platform – ever.

Why The Sudden Popularity?

There are many different reasons to love Squid Game, (spoilers ahead) whether it be the camp, larger than life characters, the nuanced social criticism or the intricate, deadly games the characters are forced to participate in. There is definitely something about combining childhood nostalgia, a sexy cast and deadly consequences that makes for good TV.

If you’ve watched Alice In Borderland, also on Netflix, you’ll know that East-Asian dystopian series don’t hold back on the graphic content. Squid Game is captivating because the characters all seem realistic and their choices are relatable – so their horrific deaths are shocking.

Like Alice In Borderland, Squid Game plays on our fascination with survival. We wonder if we would survive the games, we question if we would betray a friend to save ourselves, and we revel in seeing the underdogs triumph under these adverse conditions.

Show Us The Girls, The Gays And The Theys!

A good reason for watching any show is for the LGBTQIA+ content. It’s always more intriguing for us anyways, but unfortunately there aren’t any explicitly queer plot-lines in Squid Game (I guess they were all too busy dying). We have watched this show twice now and it’s our contention that although there aren’t any queer characters, there is definitely queer-coding going on here.

Maybe we are reaching, but the relationship between player 067 and player 240 (HoYeong Jung and Lee Yoo-Mi) seems a little fruity if you ask us. We love to see it!

Perhaps this is us still reaching, but the bond between Ali and Sang-Woo also comes off as a little queer, if only marginally. LGBTQIA+ representation in media has been so slim we really are used to reading anything as gay. But alas, we aren’t the only ones.

If you don’t care for the plot, which is juicy as hell by the way, then you can enjoy watching for the eye candy! Social media has made it no secret that they are obsessed with the hot cast and we don’t blame them. There are more than a few people who are simping for HoYeon Jung with her androgynous, model-like features. Although Gong Yoo only had three minutes of total screen time it hasn’t stopped people from being obsessed. Some have watched it just for Wi Ha-joon! You can see some of the fan edits below.