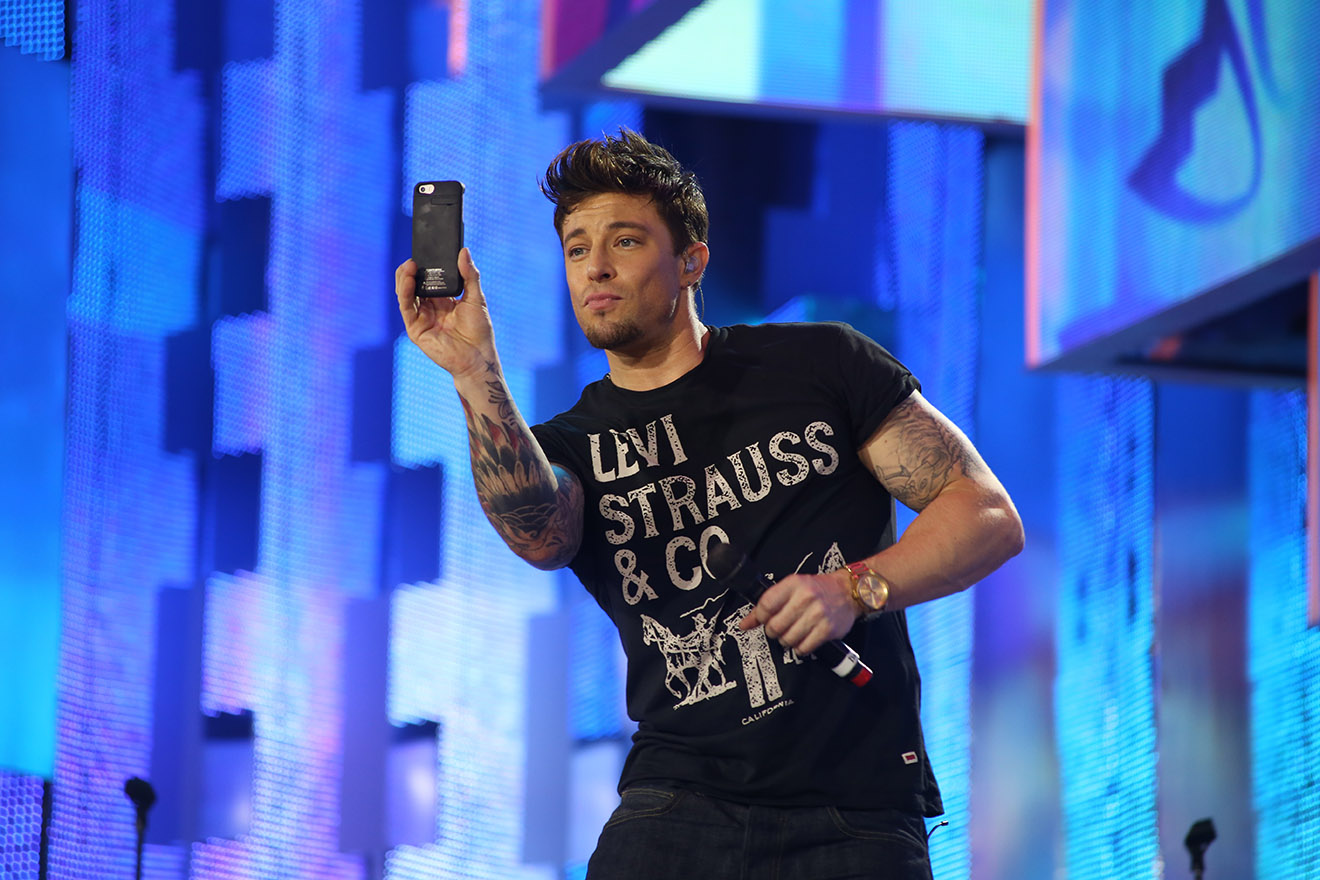 British singer, Duncan James formerly with Blue, has used Instagram to proudly tell the world he’s gay and has a hunky boyfriend!

It’s been journey that has taken a few years as the 41-year-old singer has said previously he had to deal with his own issues.

Over the last month James has posted photos with his partner Rodrigo Reis saying “finally I’m happy in my skin and this guy next to me makes me proud to be gay.”

James career began in the 1990s with the successful boy band Blue. After the band broke up James took to musical theatre where he has toured the world.

Most recently he has taken on the iconic role of Frank-N-Further in the UK production of the Rocky Horror Show.

James spoke to Culture Trip about the role and his experience coming out.

“In my household it was kind of like a forbidden fruit, something that you shouldn’t be seeing as a little boy,” he says of the cult musical about a mad scientist – his role, Frank-N-Furter – and the quest to create the perfect man. “When I first watched it, I was like, ‘Oh my god, this is amazing. It’s a man dressed up as a woman!’ I didn’t know that could be done. It was just fantastic,”

When asked about coming out James said at the time it was the worst thing.

“Because I came out in The News Of The World. All sorts of stuff goes on in your head, but the truth is, nobody really gave a damn. All I got was people showing me love and support.”

“I thought, ‘God, why was I carrying all this on my shoulders for 10 years?’ I’m really glad it happened. I’m much happier today. All that weight, pressure and burden has gone. Now I can strut around as Frank-N-Furter feeling fabulous!”