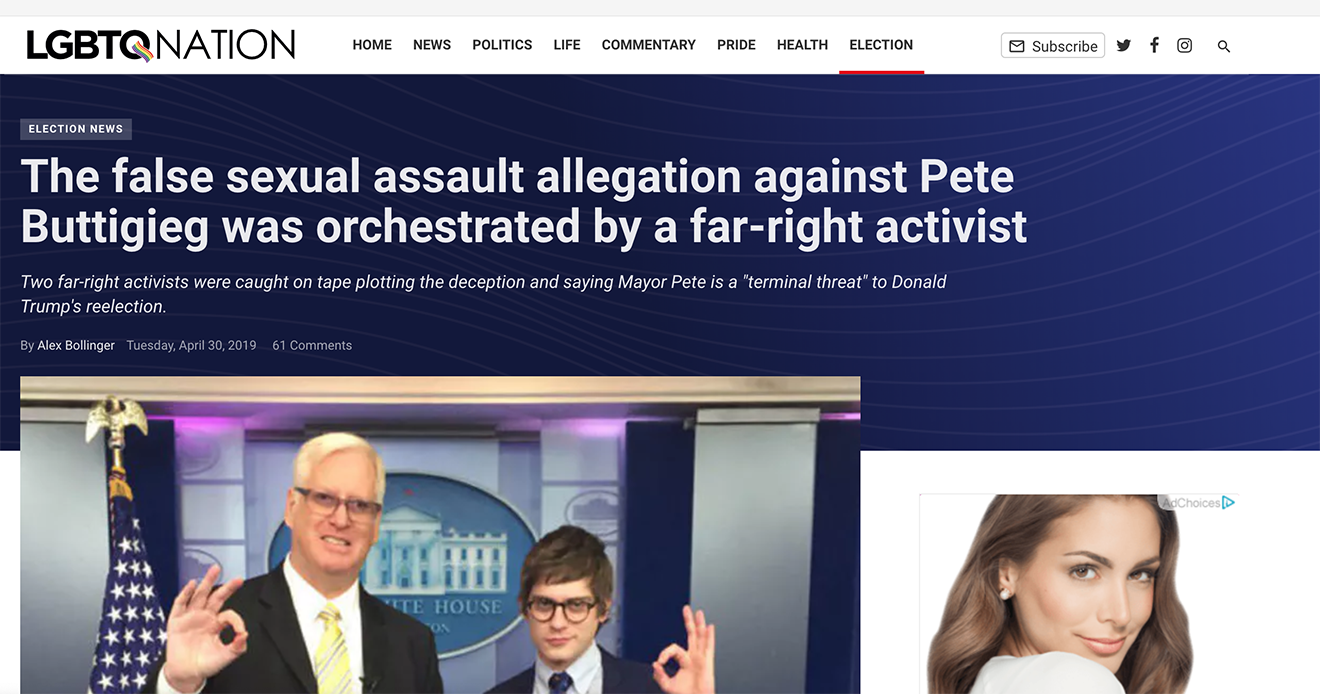 Internet trolls and right-wing extremists have been revealed as the culprits behind a plan to falsely accuse gay Presidential candidate, Pete Buttigieg of sexual assault. LGBTQ Nation alleges that Jacob Wohl and Jack Burkman masterminded the plan, attempting to enlist a young, gay Republican, Hunter Kelly, to make the false claim.

Kelly appeared to accuse Buttigieg of sexual assault on the social sharing platform, Medium. However, he since back-tracked, issuing a statement saying Wohl and Burkman were behind the scheme and that they wrote the post.

Explaining his involvement, Kelly said: “It’s important for everyone to know that I was not sexually assaulted and would never falsely accuse anyone.

“To keep it brief for now, I was approached by a political figure to come to DC to discuss political situations from the standpoint of a gay Republican. When I arrived they discussed Peter Buttigieg and started talking about how they would be working a campaign against him.

“I went to bed and woke up to a fake Twitter @RealHunterKelly and an article that I in no way endorsed or wrote.”

The Daily Beast reported Wohl and Burkman had been trying for weeks to convince gay Republican men to make allegations of sexual assault against Buttigieg.