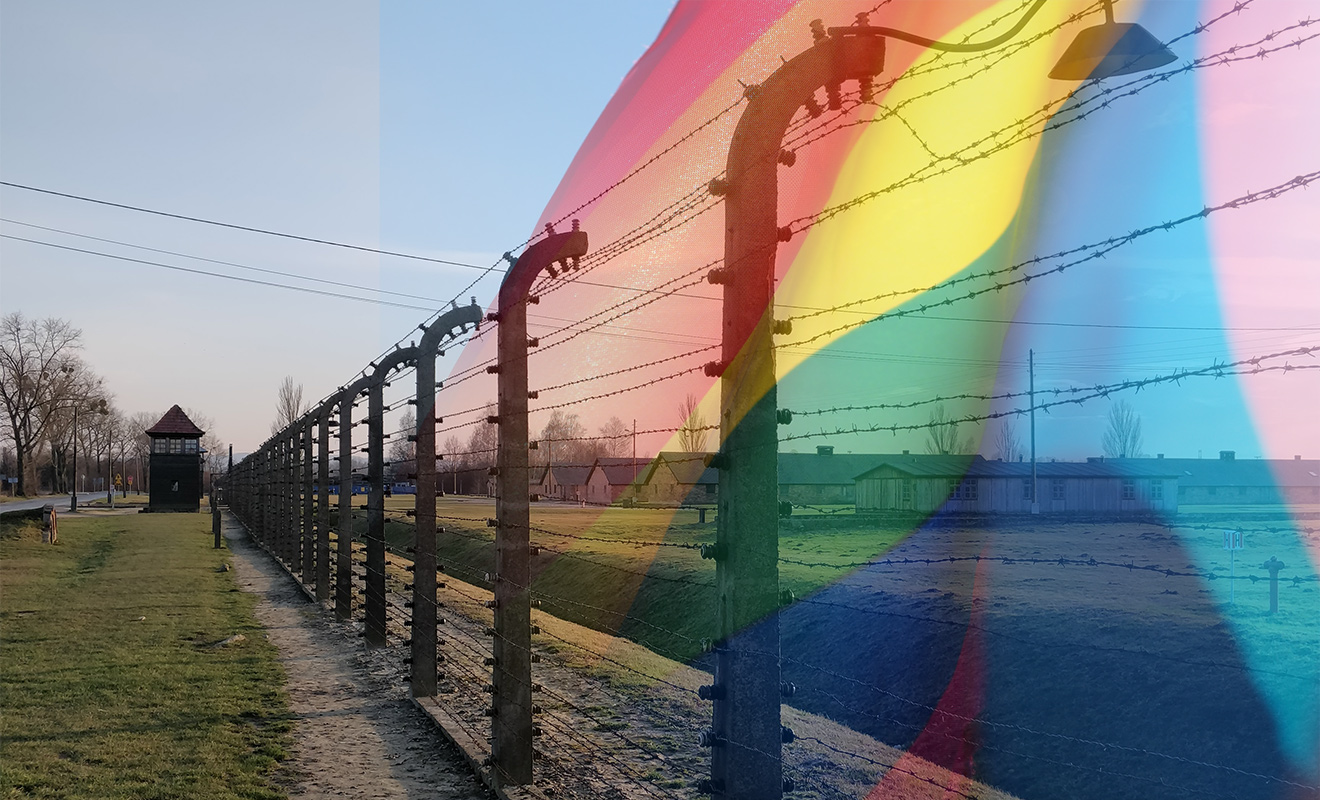 It has been 75 years since the tragedy of the Holocaust and on January 27, 2022, we honoured the International Day Of Commemoration. Three quarters of a century later, we reflect on the horrors that were committed across Europe leading up to and during World War II.

HISTORY MUST NEVER BE ALLOWED TO REPEAT

The Holocaust was the systematic genocide of Jewish people, committed by the Nazi Party across Europe from 1933 to 1945. During this dark time in recent history, six million Jewish people were murdered in concentration camps. The vast majority were executed in gas chambers – purpose built facilities that allowed the mass killing of people by means of poison gas.

There had been genocides committed in human history prior to this, but this was the first time that genocide was wrought on an industrial scale.

As WWII ground to a halt, liberating Allied and Russian armies discovered the camps and the remains of the murdered and the grotesquely malnourished and mistreated survivors. The world was shocked and horrified and promised “never again”.

After the liberation of millions of people from Nazi concentration camps, the world made strides to remember the injustice of the Holocaust. Many Jewish survivors and descendants continue that legacy of remembrance to ensure that anti-semitism is always faced publicly and never allowed to result in another unthinkable tragedy.

In acknowledging the terrors inflicted upon minority groups, we must not forget the countless people who were also targeted for their sexuality, race, disability and political leanings. Being that DNA is an LGBTQIA+ publication, we want to take a moment to address the campaign against homosexual men during the Nazi reign. It’s a tenuous time for gay people even today, and by revisiting painful histories, we can attempt to avoid regression.

FACING THE PAINFUL PAST

In an article posted by the United States Holocaust Memorial Museum, it’s mentioned that the Nazis were notorious for targeting gay men during their reign and systematically ran a campaign to purge Germany of homosexuality.

Western Europe was a haven for gay men in the early 20th Century despite homosexuality being criminalised. Many establishments ran discreet queer spaces where gay men could interact safely. During the Weimar Republic – from 1918 to 1933 – Berlin became a hub for homosexual activity and much of Germany’s larger cities had a tacit tolerance of discreet homosexuality. When the Nazis came to power in 1933, they began to shut down these spaces and arrest large numbers of gay men under Paragraph 175, the statute of the German criminal code banning gay relations between men.

By the 1900’s, campaigns were launched for the decriminalisation of gay relations and the abolishment of Paragraph 175. Post Nazi rise, homosexuality became a platform that the fascist group used to gain further control over Germany and the advocacy against Paragraph 175 died off.

The United States Holocaust Memorial Museum makes mention that the nexus of identities played a major role for what life looked like for gay men during the Nazi regime. For example, a politically anti-Nazi, Jewish gay man would face extreme prejudice whereas a discreet German man who was a sympathiser would be able to live a slightly less strained existence. This situation would evolve and become untenable as Nazi power grew.

Tensions rose in the mid-to-late 1930s with the deeply homophobic Heinrich Himmler leading raids against homosexual institutions. Whole gay networks were rounded up and interrogated. It is estimated that about 50 percent of gay men who went to trial were convicted. A conviction would mean any number of things from castration and hard labour to being sent to a concentration camp. Often those sentenced would have extenuating circumstances that weighed upon the verdict of their trial – they may have other criminal charges or be of a racial minority. Records indicate that 100,000 men were arrested under Paragraph 175 and between 5,000 to 15,000 were sent to concentration camps.

After the liberation of the concentration camps, many gay men continued to face marginalisation from German society as Paragraph 175 was not repealed. Many gay men remained imprisoned for the violations of 175 and suffered abuses from lingering discontent towards homosexuality.

Decades later, Germany is now seen to be more progressive, with the government being deeply shameful about the nation’s history. Jewish communities have had monuments erected to mark their loss. Germany has also erected monuments honouring the other minority groups that fell victim to Nazism. After 75 years, gay men and other members of the LGBTQIA+ community are thriving in Western countries despite occasional homophobia. With other nations yet to progress to acceptance, facing a dark past is a significant benchmark to ensure we are always moving forwards.

Although the world promised “never again” it seems we have not done enough to educate about the horrors of the Holocaust.