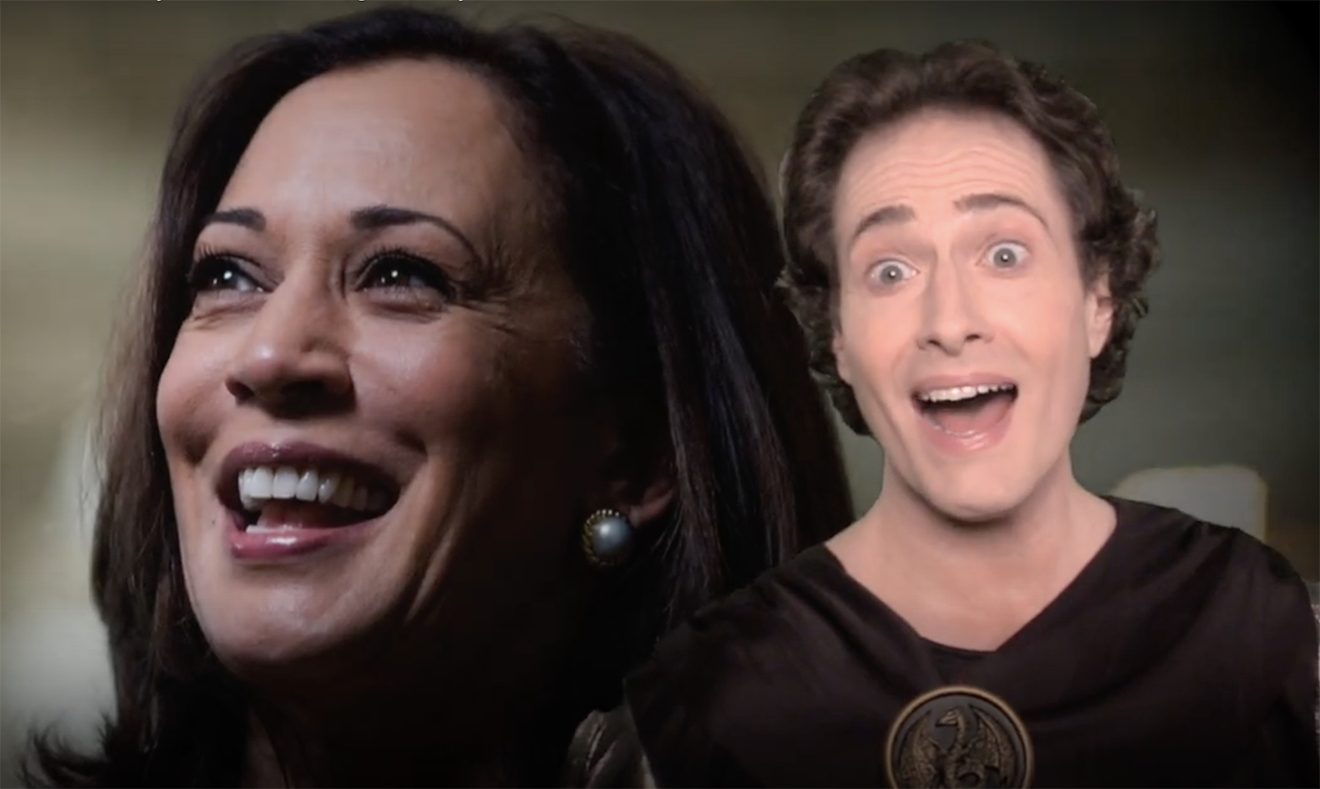 Randy Rainbow, the hilarious musical performer who regularly parodies Trump, sings to the title tune of the Alan Lerner musical Camelot to celebrate the announcement that Kamala Harris will join Joe Biden on the Democrat ticket for the upcoming US presidential election.

“Joe Biden kept a lid on who he would choose to help make Trump’s first term his last hurrah. But now he’s giving everyone the good news. It’s Kamala!” Rainbow sings.

Rainbow goes on to sing whether Harris will be become America’s next VP as well as laying a dig into the current VP Mike Pence.

“And in his pants, Mike Pence just made a pee-pee. He’s scared a’ her. Kamala!”

Watch the full song below. Check out Randy Rainbow on Instagram.