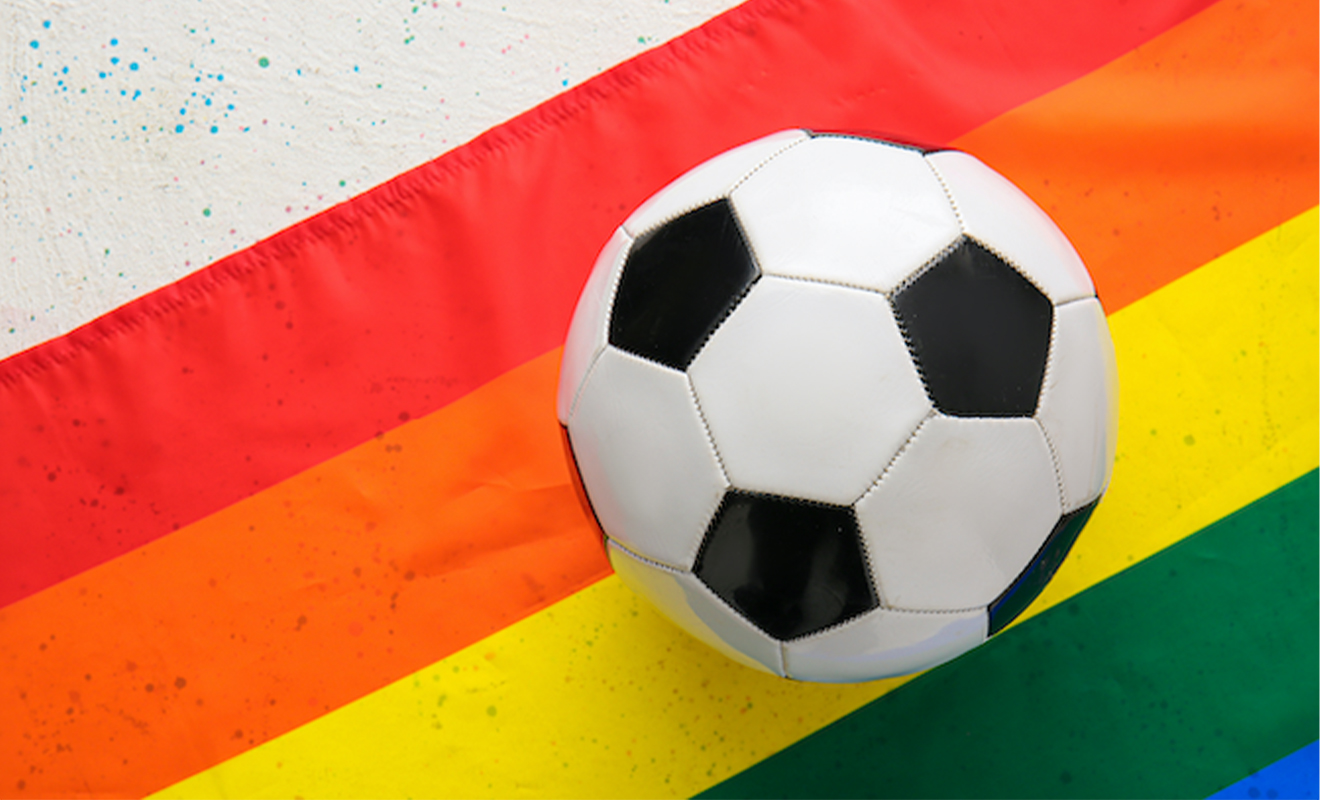 Despite Qatar being a controversial choice of host for the upcoming 2022 FIFA World Cup, the event is moving forward on November 21. An official overseeing the security for the event has warned that any rainbow flags displayed will be removed at the tournament to protect the attendees, reports Associated Press.

After it was announced that Qatar would host the 2022 World Cup, there was international backlash considering the reported human rights violations within the nation. Recently, outrage was sparked over the treatment of migrant workers building Qatar’s World Cup facilities.

According to The Guardian, Abdullah Ibhais is a former media manager for Qatar’s World Cup who is currently serving a jail sentence for allegedly taking bribes. Allegedly, this sentence was trumped up to hide that Ibhais is being punished for talking out against Qatar’s treatment of migrant strikers.

Qatar does not have equal laws regarding LGBTQIA+ rights with it still being illegal to be gay. There are no employment, housing or discrimination protections for homosexual people in Qatar and it is illegal to adopt children, join the military or receive gender-affirming care, reports Equaldex.

These considerations have made FIFA’s decision to have Qatar host the games such a hot topic for debate. Prominent figures are calling for a reckoning of Qatar’s human rights. Australian pro player Josh Cavallo, the only known active gay player, has expressed his concerns and says, “I read something along the lines of that [they] give the death penalty for gay people in Qatar, so it’s something I’m very scared [of] and wouldn’t really want to go to Qatar for that.

“And that saddens me. At the end of the day the World Cup is in Qatar and one of the greatest achievements as a professional footballer is to play for your country, and to know that this is in a country that doesn’t support gay people and puts us at risk of our own life, that does scare me and makes me re-evaluate – is my life more important than doing something really good in my career?,” reports The Mirror.

Major General Abdulaziz Abdullah Al Ansari is the senior leader overseeing security for the tournament and says that if there are displays of any rainbow flags, they will be confiscated. The decision was made ostensibly to “protect the participants from harm”, reports Associated Press.

The news came as a disappointment to many LGBTQIA+ people and allies as Al Ansari had previously stated that the flags would be permitted.

“If he (a fan) raised the rainbow flag and I took it from him, it’s not because I really want to, really, take it, to really insult him, but to protect him,” says Al Ansari. “Because if it’s not me, somebody else around him might attack (him) … I cannot guarantee the behaviour of the whole people. And I will tell him: ‘Please, no need to really raise that flag at this point.’”

Although this is considered to be a direct action taken against LGBTQIA+ pride, Al Ansari says that realistically, Qatar is still a nonsecular nation and that they can’t change the laws for just a 28-day tournament.

“You want to demonstrate your view about the (LGBTQIA+) situation, demonstrate it in a society where it will be accepted,” he says. “We realise that this man got the ticket, comes here to watch the game, not to demonstrate, a political (act) or something which is in his mind.

“Watch the game. That’s good. But don’t really come in and insult the whole society because of this.”

The responses to Qatar’s banning of the rainbow flag at the World Cup have been clear; advocates and world leaders are not pleased. Julia Ehrt of the International Lesbian, Gay, Bisexual, Trans and Intersex Association and Ronain Evain of Football Supporters Europe released a joint statement that says, “Often, so-called ‘protections’ are in fact smokescreens to cover up human rights violations… FIFA and Qatar must address these concerns immediately, and show the world there is a chance of carrying out a rights-respecting and safe tournament for LGBTQIA+ fans”.

Chris Paouros, a member of the English Football Association’s inclusion advisory board and trustee with the anti-discrimination group, Kick It Out says, “This inconsistency and the continued lack of detail in terms of how that will be provided beyond the rhetoric of ‘everyone is welcome’ is concerning to say the least.”

It is being considered a misstep on FIFA’s part to allow the World Cup to be hosted in a country that is making the conversation about how tenuous the host’s human rights protections are. Would it not have served the organisation better to choose a more progressive country where the focus would have then been on the game?