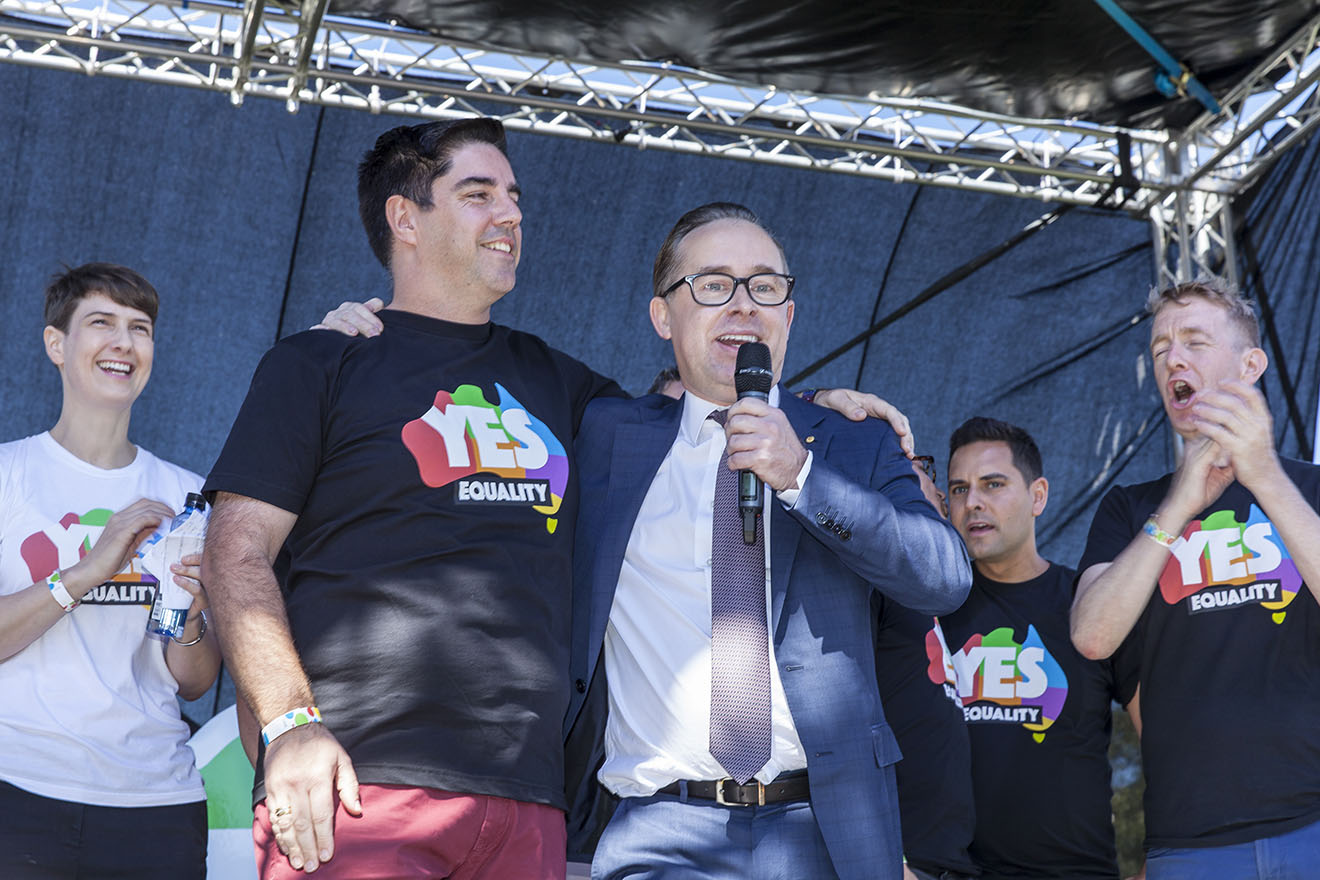 This weekend in a rooftop ceremony overlooking Sydney harbour, Alan Joyce and Shane Lloyd said “I do.”

The couple were joined in their celebration by 120 guests who included former Australian Governor General Sir Peter Cosgrove, who signed the marriage equality bill into law.

Cosgrove gave the couple a framed picture of the moment he signed the bill.

“I normally signed every piece of legislation in my office, even important bills, but I decided to make a big deal of that one. I had the prime minister and lawyer present me with the bill to sign. I thought Alan and Shane would appreciate a memento of something so important to gay Australians,” Cosgrove told the Daily Telegraph on the significance of the gift.

Joyce and Lloyd have been together for 20 years and live together in The Rocks, just a stones throw from the wedding ceremony.

Prior to the wedding Joyce spoke at a Dublin Chamber of Commerce event where he said his wedding was “the most expensive wedding of a Tallaght [a suburb of Dublin] man.”

“We donated personally a million dollars to the [Yes Marriage Equality] campaign because we were massively outmatched by the church, who supported a No campaign,” Fairfax reports Joyce saying at the event.

“So I can probably almost with complete certainty say that my marriage in three weeks’ time is the most expensive wedding of a Tallaght man,” Joyce said.