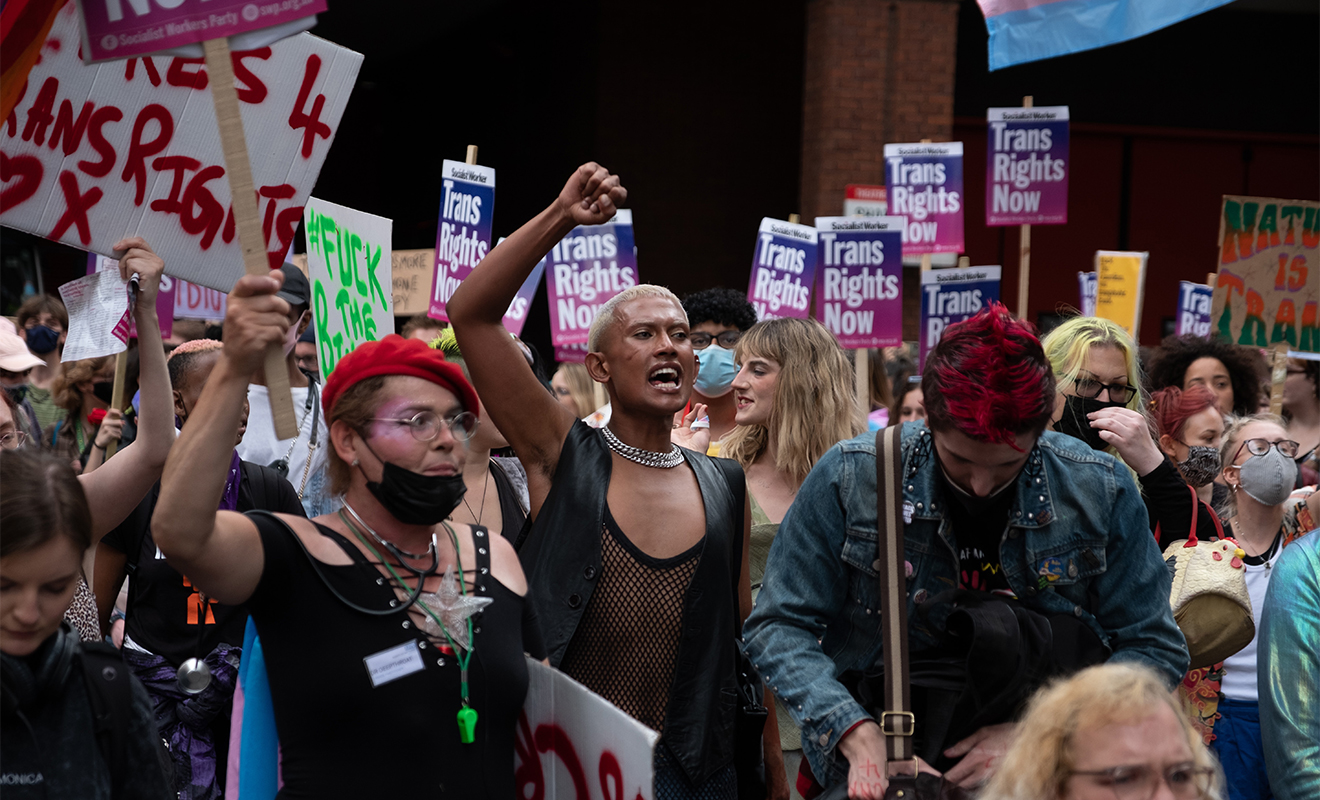 On Saturday, February 26 a group of LGBTQIA+ advocates held a protest in Hobart to rally against a bill that would keep transgender people from being able to compete in sporting events, reports SBS News.

Discussions in government have leaned into debating the Sex Discrimination Act, which does not protect LGBTQIA+ people from being discriminated against by religious organisations. The Religious Discrimination Bill proposed by Scott Morrison aimed, to create even stronger protections for religious institutions, would have the effect of putting queer youth further at risk.

Morrison’s bill did not get the votes required to pass, but he is now showing support for the Save Women’s Sport bill submitted to parliament by senator Claire Chandler. This bill gives single-sex sport events the ability to exclude transgender people, reports SBS News.

On February 26, a forum titled Gender Identity In Law was called by the Coalition For Biological Reality group. The incentive of this forum was to encourage a reconsidering of the Sex Discrimination Act and to discuss how to reform gender identity laws.

Senator Claire Chandler was in attendance and is quoted saying she has concerns about allowing men into women’s sporting spaces. Many counter-protestors disagree whole-heartedly with senator Chandler’s remarks. “It doesn’t matter who you are, what your gender is, or what your gender was, when you were born – if you are a woman, then you are a woman,” says Cate Warren who attended the rally.

The effect of having discussions about the rights of trans and gender diverse people without hearing their input is being felt throughout the LGBTQIA+ community. Many people feel that their rights are in danger and recount feeling traumatised.

Speaking to SBS News, Dr Charlie Burton – an Equality Tasmania spokesperson – said, “Through a combination of the Sex Discrimination Act, and guidelines set out by Sports Australia, sports clubs and teams have all the mechanisms they need to make sure sport is both inclusive and has fair competition”.

“There’s actually really strong evidence to show that the kind of discourse that will be thrown around in the event today and that has been unleashed as a result of the religious discrimination bill, and now senator Claire Chandler’s bill, that it has an immediate effect on the trans and gender diverse community,” says Dr Burton. “We see for example, calls to helplines going up with people in crisis feeling traumatised, because they know their rights, and in some cases, their very existence, are being questioned and are under threat.”

This bill, and similar policies, all derive from one essential fact: conservative lawmakers do not respect transgender people and their identity. Rhetoric saying that trans women aren’t real women does significant harm to that community and undoes the hard work that has been put in by advocates to get acceptance. To end on a lighter note, it was noticeable that the Gender Identity in Law forum had less attendees than the pro-transgender rally that was advocating against them.