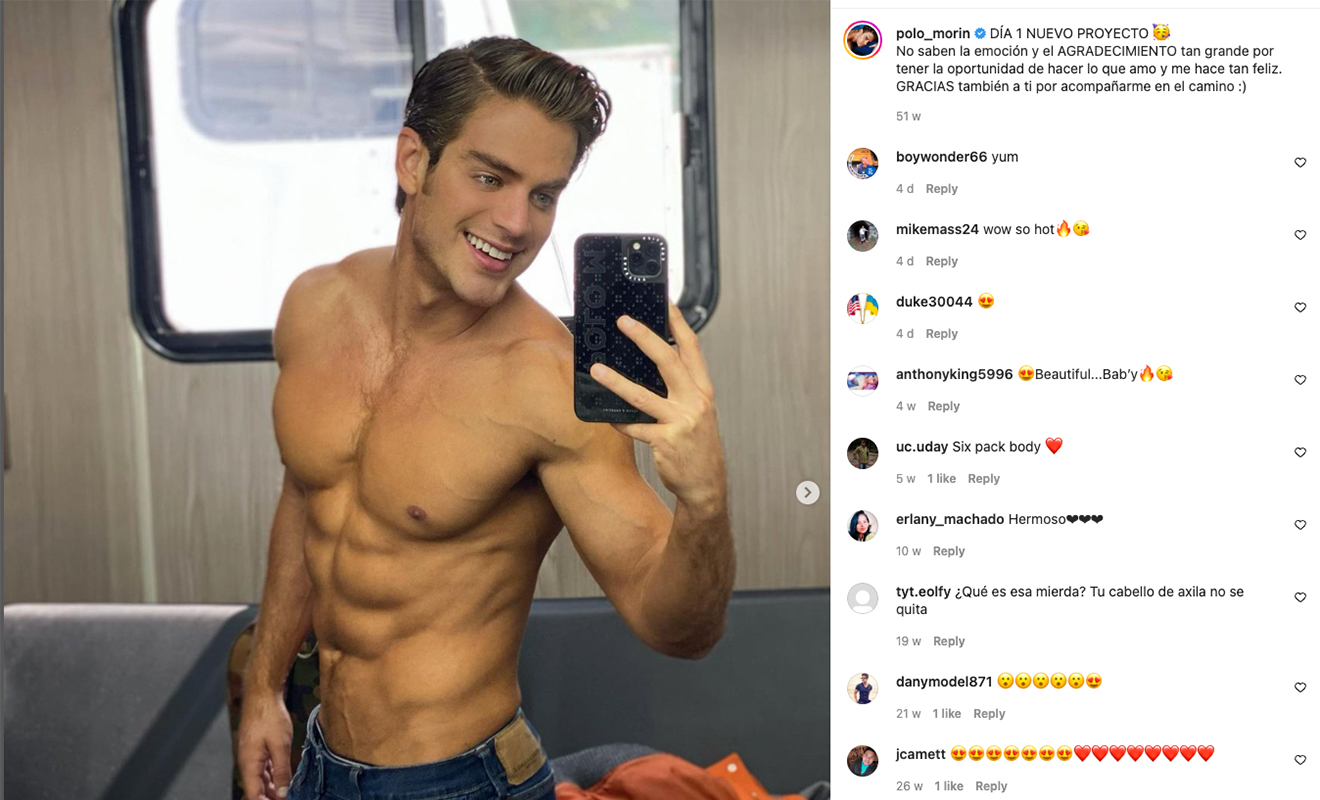 If you aren’t familiar with Mexican actor Polo Morín, you should get around to changing that. The 31-year-old heartthrob is known for his various roles in Mexican television and he will also be playing a role in the film adaption of Red, White And Royal Blue. Morín talks to Attitude about his coming out journey and how he was outed when he was hacked online, reports Pride.

For closeted LGBTQIA+ people around the world, being outed is one of the worst things imaginable when you’re young and still figuring things out. Unfortunately for Polo Morín, it was a fear that became a reality right when his career was just beginning to thrive.

Not that it matters which part of the world you’re from, but in Mexico being gay can damage an actor’s reputation and bookings. According to Equaldex, Mexico doesn’t criminalise homosexuality; there’s laws in place to protect LGBTQIA+ people against violence, housing and employment discrimination and, in some regions, conversion practices. Despite this, Morín describes a different environment.

“I wanted to be that person for someone else. But I was not ready, because I was really scared that I would never work again in Mexico,” says Polo Morín.

In another series of unfortunate events, Polo Morín found himself hacked again in 2016. This time the hackers accessed his email where there were images of himself and his then partner on vacation. The hackers posted these images to Morín’s Facebook pretending to be the actor coming out.

The fallout of this was that the actor lost over 100,000 followers and felt exposed and violated. Luckily, he has bounced back with vigour and is living openly. One look at his Instagram which boast two million followers shows he is thriving.

Morín would never thank his hackers for their actions but he was looking to come out and be an example to younger fans. “I was already talking about [coming out as gay] with my bosses and my producers, because it was something that I did want to do for younger Polo, because I never had that example in my youth,” he says.

The actor is looking better than ever with a brand new role in Red, White And Royal Blue where he will act alongside Nicholas Galitzine and Taylor Zakhar Perez come 2023.