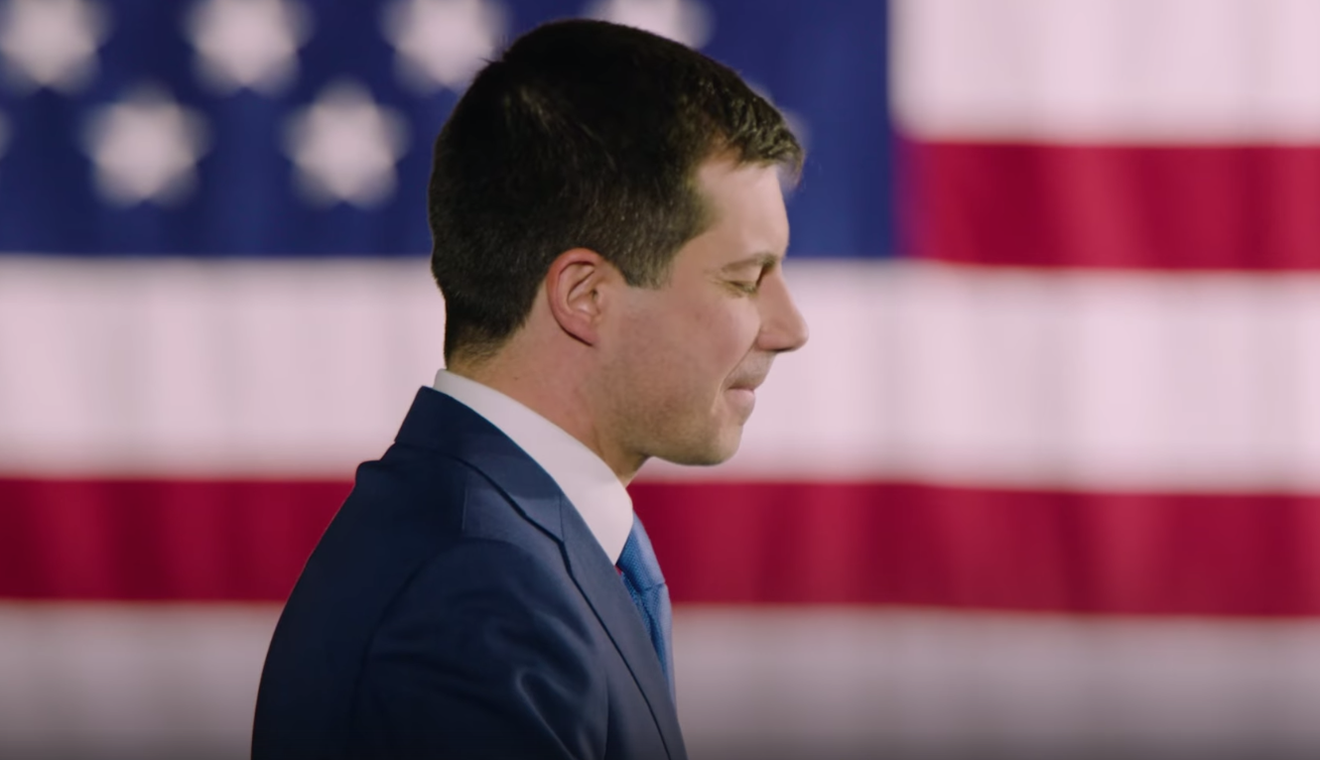 Pete Buttigieg in a campaign video

Following the Iowa caucuses, Pete Buttigieg has declared himself the winner after attracting 13 votes, just one ahead of Bernie Sanders. Acknowledging his win, Buttigieg posted a thank you video to Iowa on his Facebook page.

Winning in Iowa, however, has made him a key target of other candidate hopefuls with Joe Biden launching an ad that attacks his record.

The ad compares Biden’s experience as Vice President of the United States with Buttigieg’s as mayor of South Bend, Indiana. With an unsurprising negative comparison, for example, the ad says that while Biden was leading the Obama administration’s work on the Affordable Care Act, Buttigieg “installed decorative lights under bridges, giving the citizens of South Bend colourfully illuminated rivers.”

It’s a theme that other rivals are tapping into – his lack of experience. Buttigieg is trying to turn this into a positive by presenting himself as a fresh face and unconnected to the experience of Washington that the general public hates.

At the recent Democrat debate, Senator Amy Klobuchar appeared the most annoyed Buttigieg has gotten as far as he has. She ripped into Buttigieg after the ex-mayor suggested that while past achievements were important, they weren’t completely essential because “this moment is different.” Klobuchar told Buttigieg, “We had a moment the last few weeks, Mayor, and that moment was these impeachment hearings,” she noted.

Then she went in for the kill. “But what you said, Pete, as you were campaigning through Iowa as three of us were jurors in that impeachment hearing… you said it was exhausting to watch and that you wanted to turn the channel and watch cartoons,” Klobuchar said. “We have a newcomer in the White House and look where it got us. I think having some experience is a good thing.”

Over the weekend, Biden called out Buttigieg during an event saying the 38-year-old Buttigieg lacked experience.

“This guy’s not a Barack Obama!” he added, dismissing comparisons with Obama during the presidential campaign in 2008, when Biden said he also lacked experience.

With the Iowa vote completed the focus now moves to New Hampshire which will vote on Tuesday for their preferred candidate.