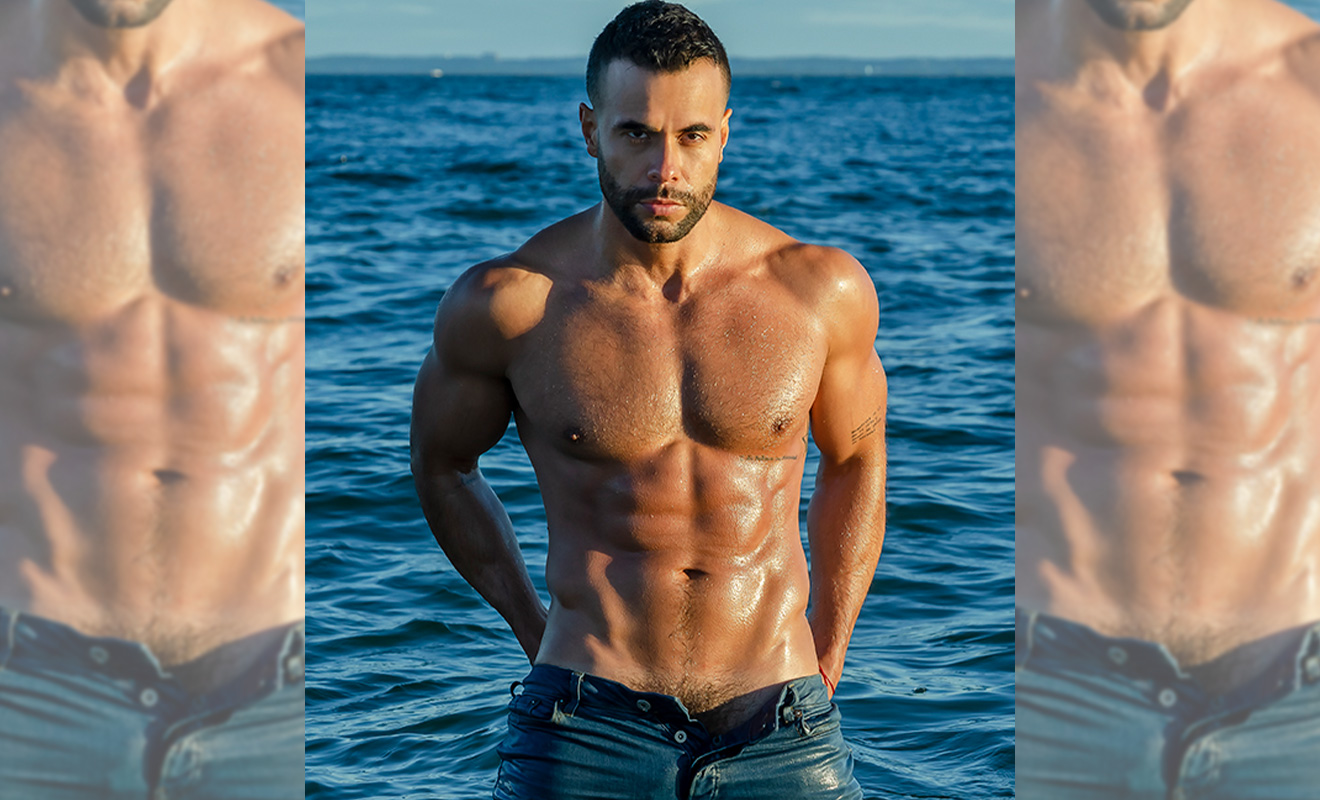 Here is part two of Rick Stockwell’s shoot with Paul Montoya. Rick says, “Paul is a Colombian actor in New York City. I’ve shot Paul many times. He’s one of my favourite guys. He’s so easy to work with and he knows his body and face well – and he knows what to do with it”.

“This shoot was at Coney Island in New York last summer. It was my favourite shoot of last year. It’s a real ‘schlep’ to get there on the train. We worked until the sun set. Then we pigged out on Popeye’s chicken! A really fun day that I will never forget,” says Rick.