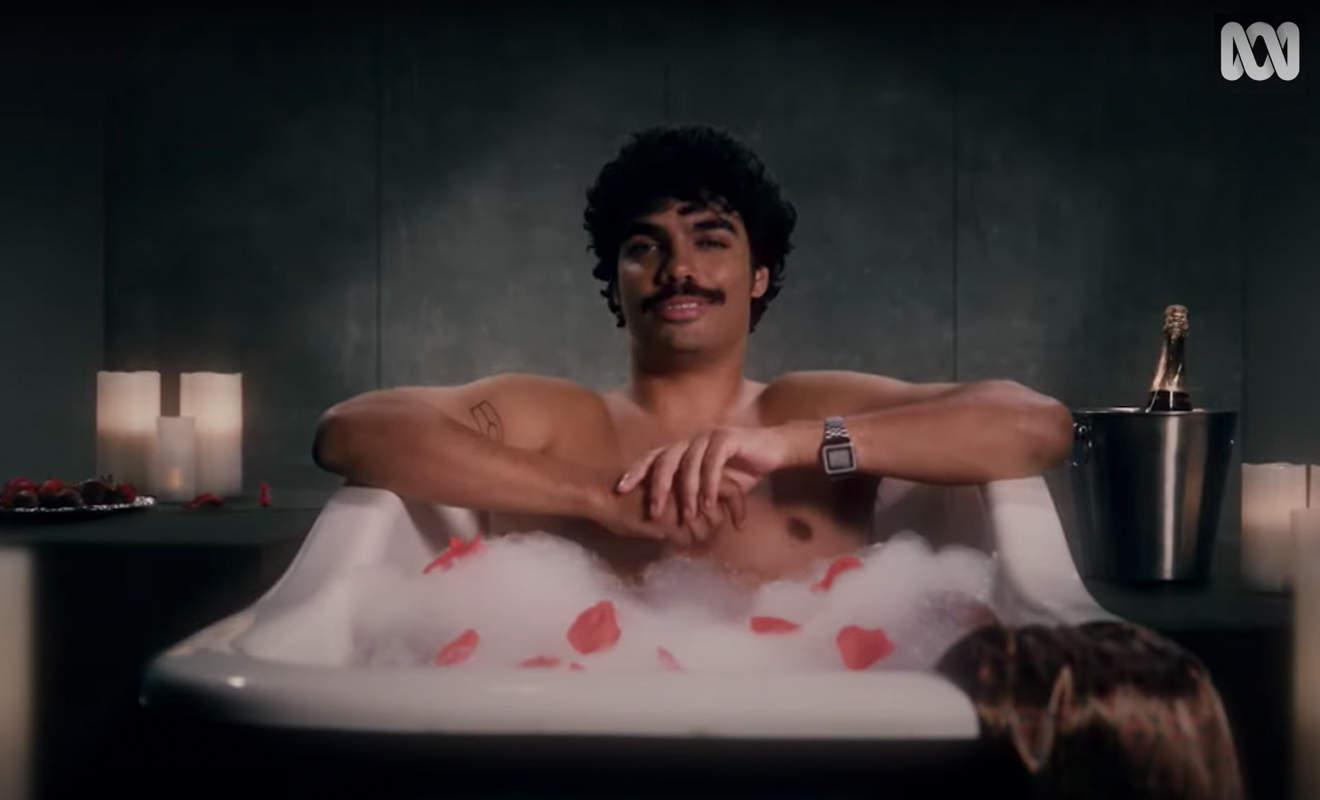 Tony Armstrong has played for three AFL clubs and is now a sports presenter on the ABC. He’s also an Indigenous role model and owner of the sexiest ’tache on TV!

Tony Armstrong: It was a great honour to play AFL at that highest level. I dreamed of something like that and for it to become a reality was fantastic. But, you get into that AFL level and realise how much harder it actually is than you first thought! You learn a lot about resilience, failure and that kind of stuff off the back of playing. I have a lot of people to thank for helping me along the way.

And then came broadcasting…

My transition from playing to broadcasting was funny because it wasn’t something I set out to do. One day I was asked to provide some special comments for the National Indigenous Radio Service, and I seemed to have a bit of a knack for it. Then Triple M gave me the opportunity for commentating on radio last year, which lead to where I am now at ABC Sports.

You wanted to be in this field, even as a kid, is that right?

I wanted to be a journalist and write stories, but not really as a broadcaster. However, when I started this I fell in love with it. It’s fun and there’s a real thrill going live to air. This year was different because we didn’t have the stadium crowds due to covid but it’s fantastic work.

What do you say to those who have similar aspirations?

Like anything, you have to get a foot in the door and work really hard. Lean on any contacts you might have to get an opportunity and practice, practice, practice. Do anything that’s involved in the job as well, even the worst parts or small parts because it all helps. And always try to become better at it as you go along.

You grew up with Indigenous role models like Adam Goodes. Are you aware that you’re now a role model yourself?

I’m very careful about calling myself a role model. To be honest, it doesn’t sit too comfortably with me even though I know it could be the case. The important thing for me is to set a really good example and to open doors by creating opportunities wherever I can for others. From my perspective, it’s about doing the best job I can for myself, which will then inspire others.

You’ve spoken about your experience with racism, especially at school where you put up with hurtful jokes from your own mates. While racism and homophobia are different experiences, many LGBTIQ people can relate to that. Do you see a parallel?

I absolutely do see how you can draw the comparison. All minorities, be it someone who’s gay, black or with a disability… anybody who is on the outside, especially when young, wants to be part of the majority. So the last thing you want to do is rock the boat but, quite often, what you’re actually doing is giving people permission to say those things.

Can it also be a bit of a paradox because mates often use nick names as terms of endearment? In the 1950s, an Aussie might have referred to his new “wog friend” – who really was his friend.

Yes, and sometimes they don’t necessarily realise that it’s hurtful because you’ve been laughing along with them. It’s also one of those things where it takes a while to get the courage to be able to stand up for yourself but, when you eventually do, it feels great and you can still keep your good friends. Those who don’t change their opinion, well, they were hardly a friend in the first place.

Have you witnessed homophobia in school or on the footy field?

Never on the footy field, but out and around I’ve witnessed homophobia and racism – not so much overtly, like segregation or that sort of thing, but more from people making little jokes. Again, like with the black jokes I got from my friends, it’s a situation where I was never ostracised or made to feel like crap. It’s a hard thing to articulate.

THE LAST THING YOU WANT TO DO IS ROCK THE BOAT BUT WHAT YOU’RE ACTUALLY DOING IS GIVING PEOPLE PERMISSION TO SAY THOSE THINGS.

What did you think of Anthony Mundine’s comments over the TV series Redfern Now, where he criticized the inclusion of an Indigenous gay character?

I didn’t hear his comments, but it’s really a case of just having to accept gay people. Who is anyone to tell another how they should act or feel? If it is what people are and they feel comfortable with that, then it’s certainly fine by me.

Have you ever had a mate come out to you?

No, but I do have a bunch of gay friends and I’ve been out partying with them. I’ve been to the clubs in Collingwood and partied all night! I always have a great time.

No doubt in those clubs you’d also get guys chatting you up, right?

[Laughs] Oh, yes, absolutely I do. But I give a really polite “no thanks” which always feels bad. I guess, like anyone else, when I go out to a gay club I tend to get a bit of attention, which is quite flattering but you just have to get good at giving a very polite no.

What dance song do you find irresistible?

I was actually with Patricia Karvelas [ABC presenter] earlier today and we were listing to Spinning Around by Kylie Minogue as we danced in her kitchen.

So, your music diva is…

You rock a very impressive and very sexy moustache. Are you ever tempted to take it to another level, like the full handlebar, or the Dali twists or an all-out hipster beard?

[Laughs] I might get in trouble from the news channel if I rocked up with a handlebar moustache. I’ve got to keep some sort of normality, given I’ve already got the big hair and moustache.

What do you currently do to keep fit?

I run a lot. I love running. I find it cathartic and it’s also great mentally.

What quote do you live by?

“To be a Negro in this country and to be relatively conscious is to be in a rage almost all the time,” by James Baldwin. [American writer/ activist, 1924-87, and also gay].

Have you ever had an on-field or onset wardrobe malfunction?

Well, touch wood I’ve been really lucky that nothing has happened in the studio. I’ve had my shorts ripped on the footy field but I always wore the budgie smugglers underneath.

I’ve tried them all and I’m a briefs man. I guess they’re just the most comfortable.