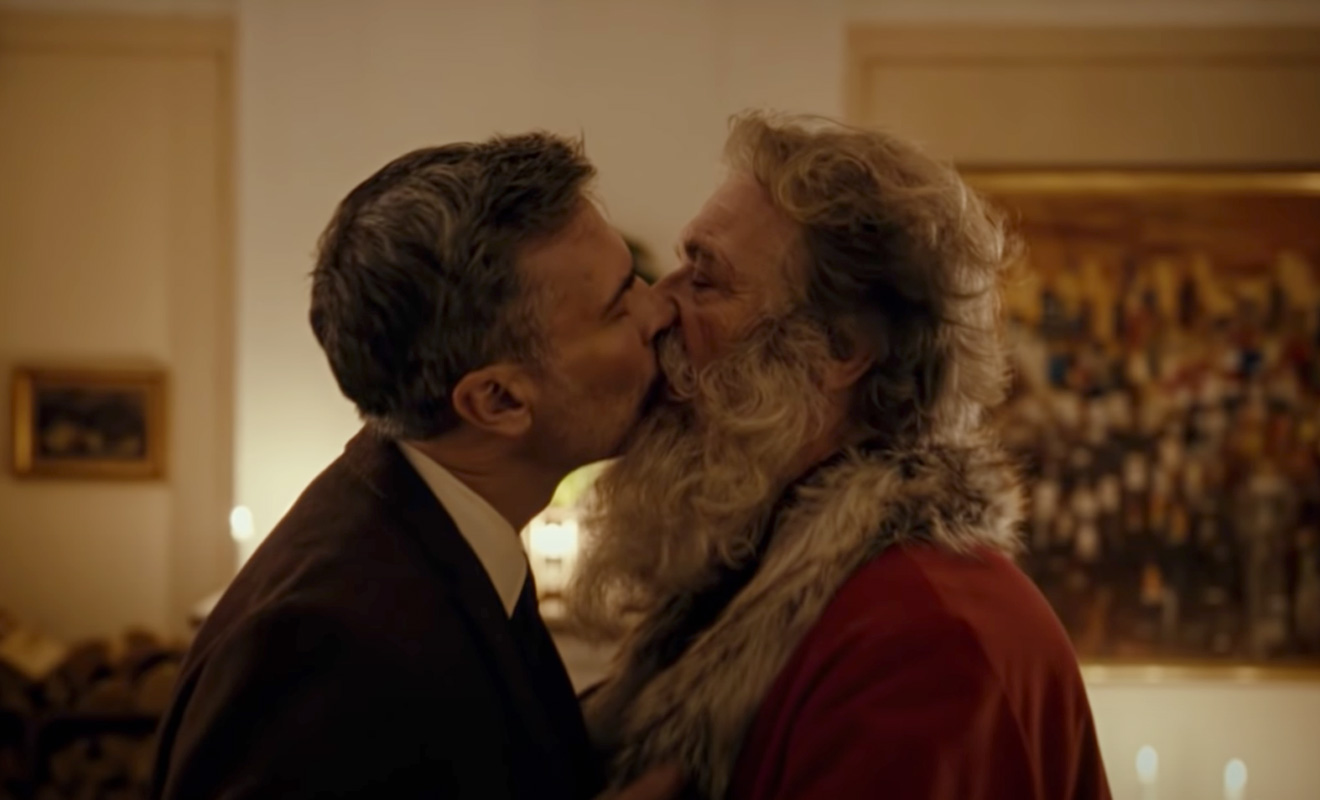 A Norwegian TV advert created by postal service Posten has been celebrated around the world after showing a four-minute LGBTQIA+ love story between a man and Santa Claus, reports Mail Plus. Titled, When Harry Met Santa, the advert puts a twist on the classic Christmas song, I Saw Mommy Kissing Santa Claus, and celebrates 50 years since the decriminalisation of homosexuality in the progressive Scandinavian country.

The Christmas commercial follows the year-by-year relationship, when Harry first spots Santa delivering presents to his home, continuing to show them meeting each year at Christmas when Harry’s presents are delivered. Harry is shown carefully selecting his outfits for their annual encounters, shows the pair sharing drinks together over the years, and on one occasion Harry tells Santa, “I’ll miss you,” knowing he won’t see him again for another 364 days.

Eventually, Harry writes a letter to Santa saying, “All I want for Christmas is you,” and is then met by Santa in his living room once more. The pair finally kiss as text appears on screen, reading, “In 2022, Norway marks 50 years of being able to love whoever we want.”

Posten Norge’s marketing director Monica Solberg has said, “Posten is an inclusive workplace with great diversity, and we would like to celebrate the 50th anniversary with this fine love story. In last year’s campaign, Santa was angry at Norway Post, which took away from him the ‘business’ – this year, Santa is happy that Norway Post can relieve him a little, so that he can be with the one he loves.”

The advert has received almost unanimous praise across social media, with many commenters saying the advert had reduced them to tears. Of course, there has been some negative press, with Moscow-based RT saying the re-imagination of Santa as LGBTQIA+ was made to, “suit woke causes.”