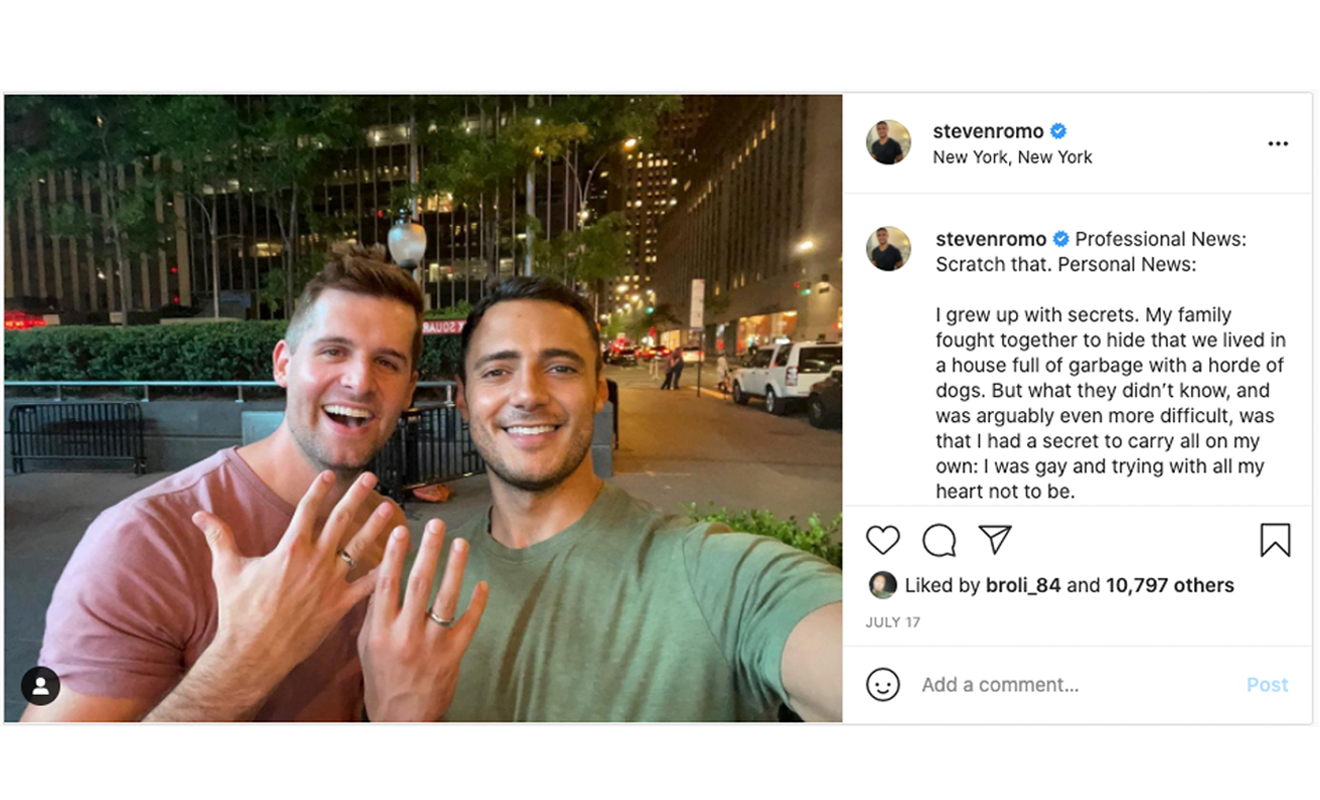 US newsreader, Steven Romo, has come out in an Instagram post announcing his engagement to weatherman fiancé, Stephen Morgan, reports Attitude.

Sharing a photo of the couple with matching engagement rings on Instagram, Romo describes the struggles he experienced growing up knowing he was gay and the secret he had to keep from his family.

“I was gay and trying with all my heart not to be,” he said, but “being gay saved me. It made me strong.”

Romo also described his fiancé as, “the best human I’ve ever met.”

The couple have also announced their imminent move from Houston to New York City for Morgan to begin co-hosting at Fox Weather.