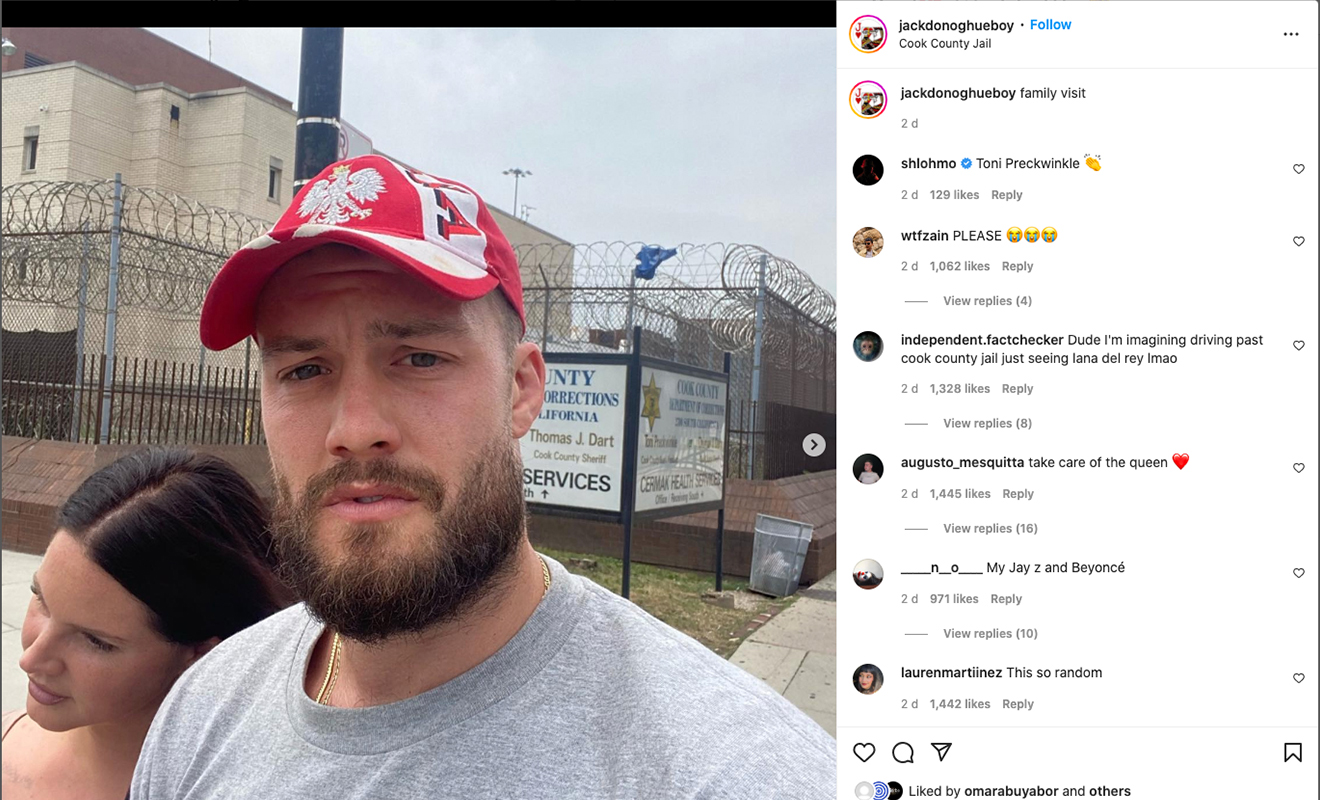 After Lana Del Rey made her new relationship with singer Jack Donoghue public, bi-phobia reared its ugly head on social media. Donoghue has openly kissed other men in past social media posts and some commenters/trolls seem to forget that bisexual people exist, reports Out.

DONOGHUE CAN BE WITH A WOMAN AND STILL BE BISEXUAL

Lana Del Rey and Jack Donoghue hard-launched their relationship after posting photos on Instagram outside of a Cook County Jail on Wednesday, July 13, reports Glamour.

Lana Del Rey has been at the forefront of pop culture for the greater part of a decade now. Donoghue is less recognisable to the mainstream, but he is the frontman of the band Salem, which has a large following of its own.

The couple has received a largely positive response to their relationship news, but there has also been an unfortunate handful of people seeking to cloud the news with bi-phobic comments. “Still weird that he has videos of him kissing random guys on his page even though he’s in a relationship, unless it’s an open one,” wrote one Twitter user.

After Pop Crave posted the news to Twitter, a reply says, “I just know he’d call me a f*ggot.” In response, another user says, “He is one.”

People responding to the news of Lana Del Rey’s boyfriend having kissed other men shows how far bisexual folks still have to go to be recognised as valid. People seem to inexplicably think that Donoghue kissing other men in the past somehow invalidates or impacts his current relationship with a woman now.

For all it’s worth, there are fans of both musicians that support the relationship in the face of many others who seemingly don’t. Lana Del Rey is having her chaotic, norm-core, Mid-Western aesthetic moment and Donoghue is pairing up with one of music’s biggest icons; who’s really winning in this situation?