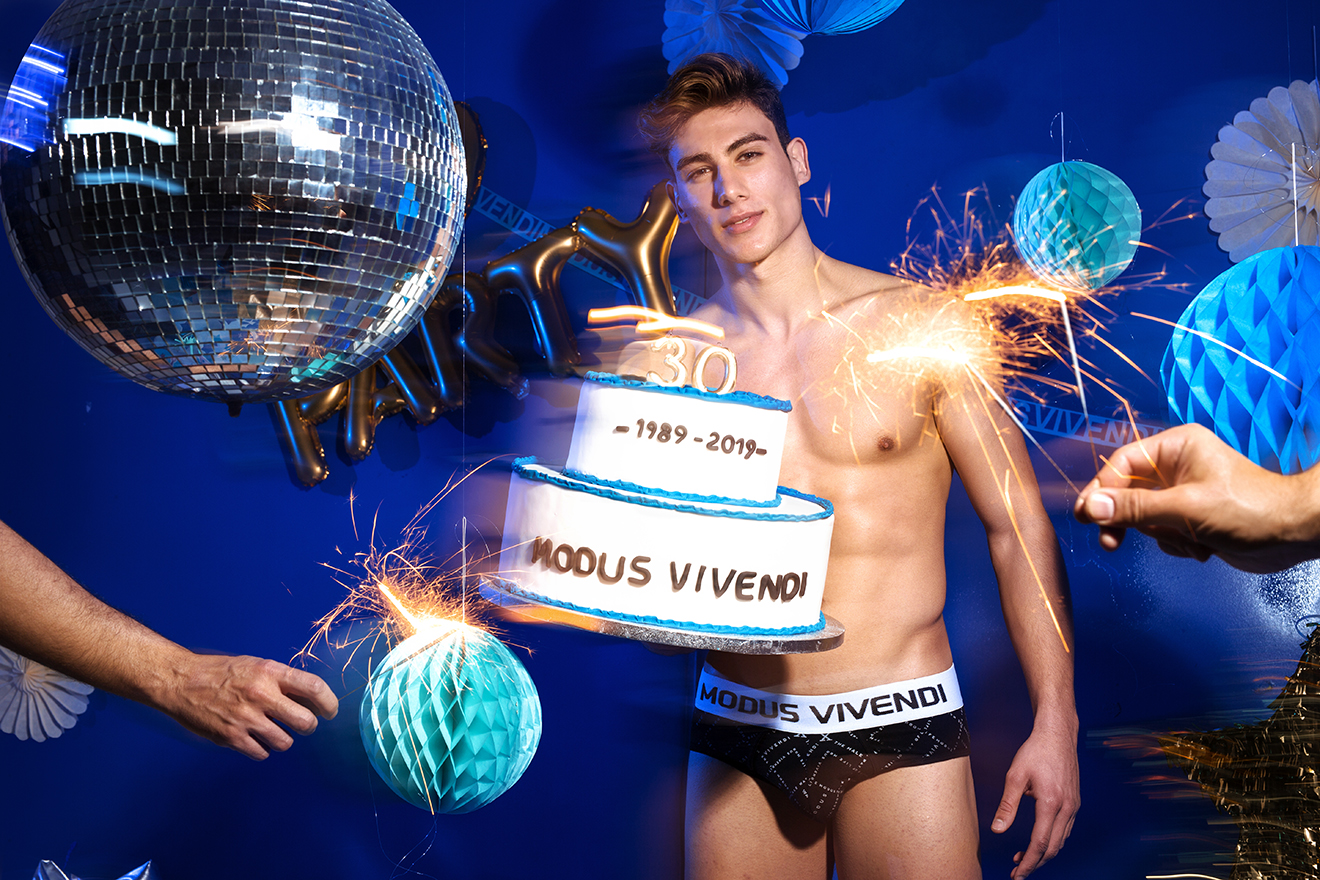 DNA: Congratulations on the 30th anniversary of Modus Vivendi. What inspired you to take the leap and create the brand?

Christos Bibitsos: The need to express my creativity and the love of fashion was the kick start, followed by a gap in the industry for the real needs of modern men who seek diversity. Modus Vivendi is also a way to help spread the Greek culture.

Back in 1989, what was the company like? Was it just you or were others involved?

Well, starting back then, it was only me doing almost everything from design to patterns, sewing to photoshoots and sales, all in a small brick store in the centre of Thessaloniki.

Does the city of Thessaloniki influence the designs?

Yes. Thessaloniki was a commercial centre since ancient years and a melting pot of civilisations. The scenery, the people and their hospitality, the vibe of the city, its natural beauty, the food, the sea, the sun inspires me always.

Are gay men the target audience, and are they the best customers?

Our audience is mainly men, however, there are also some women who shop with us for their men. We are very grateful and honoured that the gay community embraces the brand so strongly and, yes, they are our best customers.

Did success come quickly or were there a few years creating a brand identity and gathering a following?

In the first year, news spread around the city and after the second year the brand was recognised in Greece. The e-store gave us international recognition.

Back in 1989 there was no internet for online sales. Was there a storefront or did the company supply retailers?

We had two stockists – one in Athens and one in Thessaloniki. I got news for you now – we also had a store in Sydney [Daily Male on Oxford Street, Sydney]. A few wholesalers as well in Europe.

Is there a Modus Vivendi storefront today?

Not currently as the global market drives us to internet stores. However, there are partners that sell the brand in their brick stores across the world.

Are you still the lead designer?

Yes, the lead and only designer still.

Read the full interview with Christos in DNA #237 available from DNAstore.

Use our exclusive shopping code DNA15 for 15% off regularly priced items at Modus Vivendi.