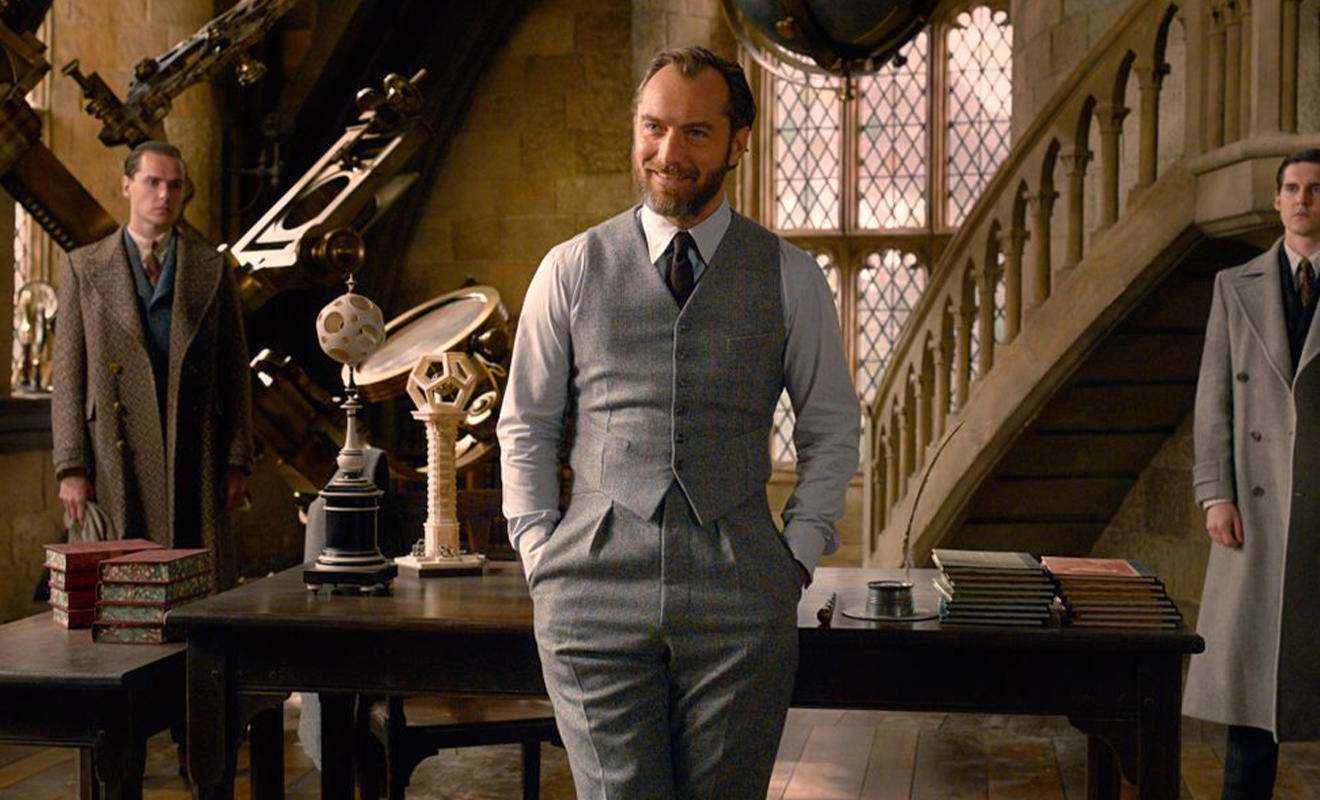 The third film in the Fantastic Beasts And Where To Find Them series focusses on the character Dumbledore, played by Jude Law, and his troubled history with antagonist Grindelwald, played by Mads Mikkelsen. The two have been confirmed to have been in a relationship, but mentions of this were removed from the movie’s release in China, reports Variety.

NOT THAT THERE WAS MUCH TO REMOVE

According to Variety, JK Rowling confirmed Dumbledore is gay in 2009 making it canon, but the original films did not have any mentions of the character’s sexuality. In the previous Fantastic Beasts film, Dumbledore’s complicated past with the villain is alluded to but never explicitly mentioned either.

Fans were expecting this film to be the one that openly delved into this M-to-M relationship. The film has a run-time of 142 minutes, but the time spoken about Dumbledore’s queer relationship is approximately six seconds, reports The Guardian.

This six seconds in question have the lines, “Because I was in love with you”, and, “The summer Gellert and I fell in love”. These two lines are omitted in the Chinese release, which has stirred controversy among fans.

Warner Bros agreed to remove these short few lines in order to keep the Chinese release in line with the domestic media requirements. A representative from the Warner Bros studio said, “We want audiences everywhere in the world to see and enjoy this film, and it’s important to us that Chinese audiences have the opportunity to experience it as well, even with these minor edits.”

The production company feels the “spirit of the film” remains the same. It isn’t uncommon for films to require small edits to be released in foreign markets. Hollywood is said to rely on the Chinese market to break even with many of its mega-blockbusters and as such will often avoid topics and storylines that would displease Chinese government officials, reports NPR.

The removal of those few short seconds of the clip has garnered a rather robust online response. Although, it is relevant to mention that the films have never done a particularly thorough job of establishing Dumbledore’s orientation. The original Harry Potter films had next to no mentions of the character’s sexuality.

The first Fantastic Beasts film didn’t have the character in it at all and, as mentioned before, the second film was very opaque in the construction of Dumbledore and Grindelwalds’ romance. Those six seconds of dialogue are doing a lot of work to hold up the notion that Dumbledore is even gay. Take that away and you’d have to rely on confirmation bias to glean that you’re watching a queer character.