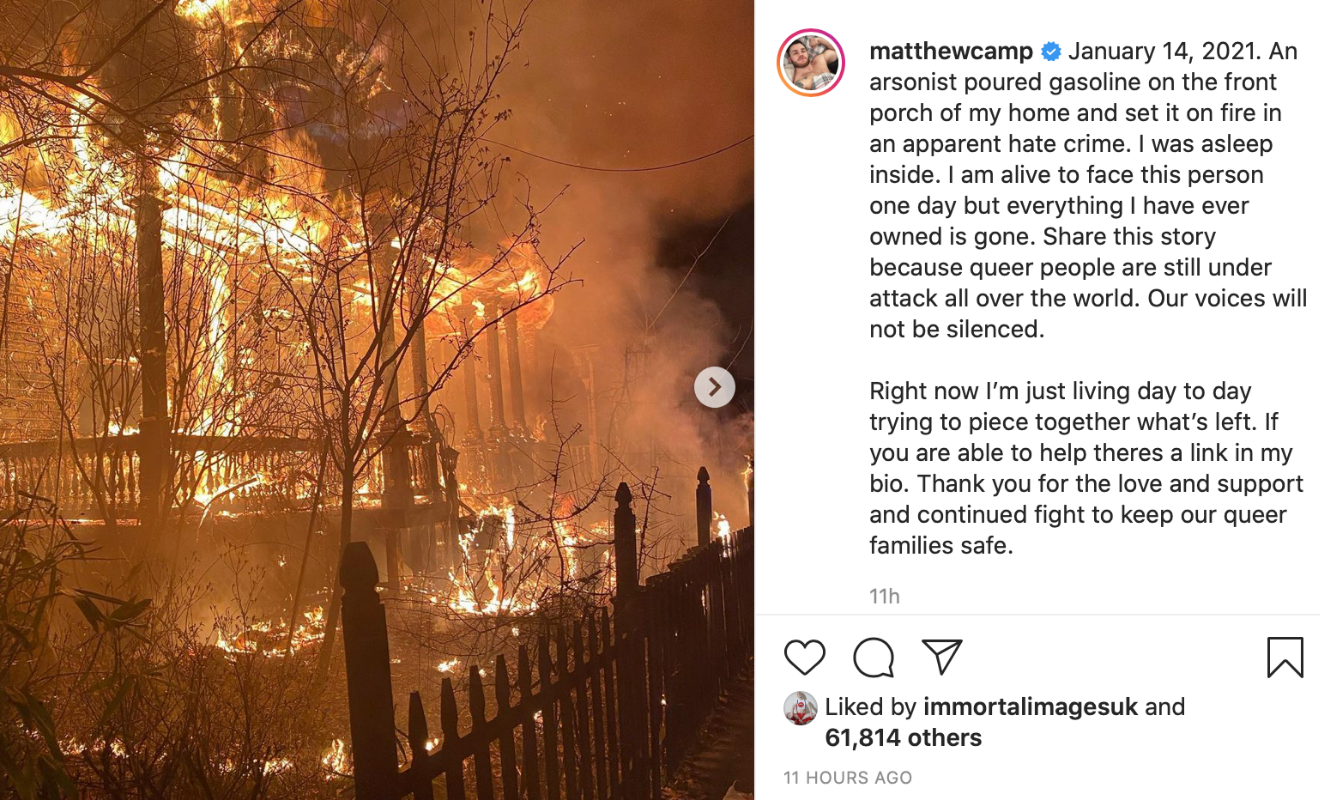 Taking to Instagram, Camp posted photos and CCTV footage of the alleged arsonist.

Accompanying his post, Camp wrote the incident happened on 14 January and alleged an arsonist poured petrol on his front porch and set it alight.

“Right now I’m just living day to day trying to piece together what’s left. If you are able to help there’s a link in my bio. Thank you for the love and support and continued fight to keep our queer families safe,” Camp wrote.

In an interview with Attitude, Camp said he and a friend escaped the fire with “seconds to spare”.

“The explosion woke me up,” Camp said. “We escaped so fast we thankfully didn’t get too many lungfuls [of smoke].”

Confirming both are okay, Camp added: “The photo from the front of the house was right when we got outside. Our bedrooms on the second floor had already been engulfed in flames, so I can’t imagine we had more than 20 to 30 seconds before it would have been too late.”

Speaking of the police response, Camp said officials have been “very supportive and queer-friendly. I feel genuinely cared for.”

The fire has gutted the OnlyFans star’s house and life leaving him with nothing. If you’d like to help you can support his GoFundMe campaign.