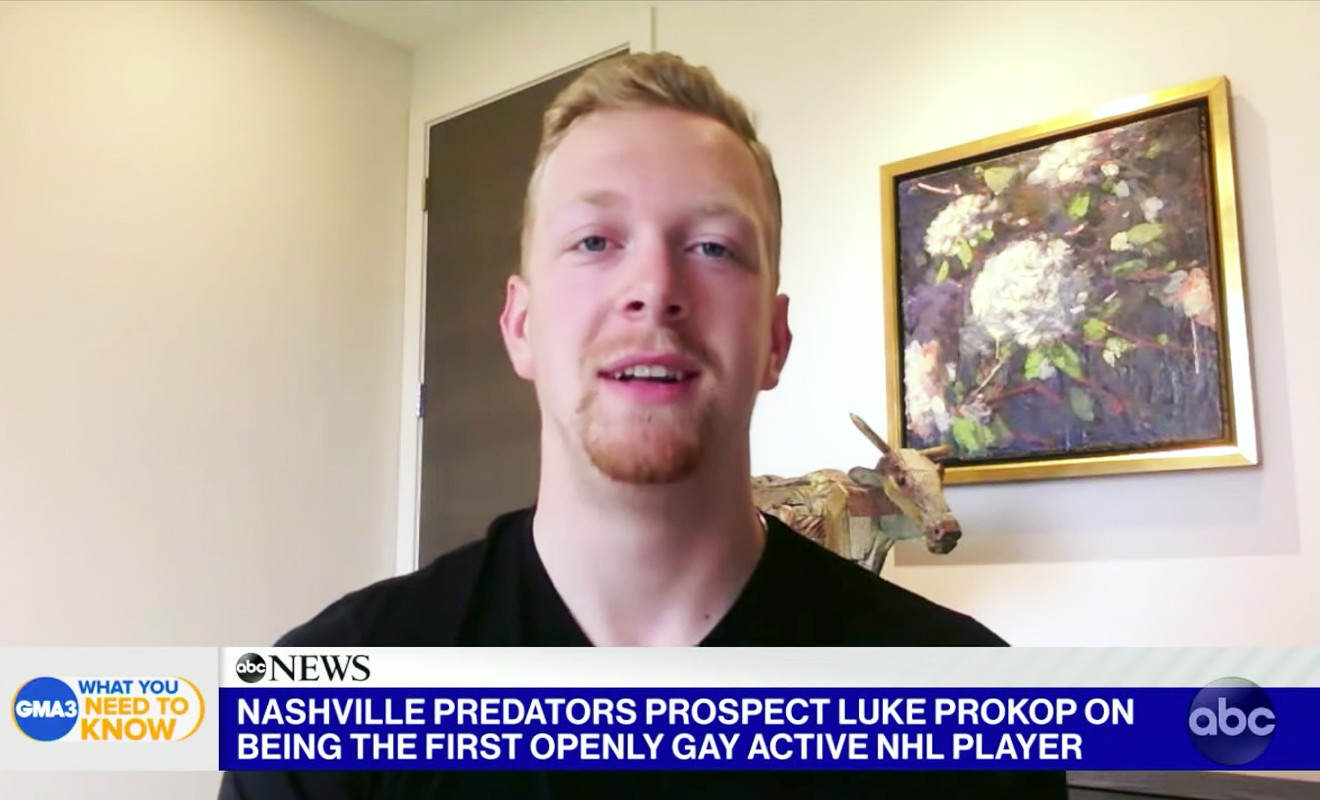 Nashville Predators hockey player, Luke Prokop, has come out as gay after re-signing his contract with the NHL, reports ESPN. Prokop’s coming out is an important milestone for the NHL as no player active or retired has ever publicly come out as gay.

In a statement posted to Instagram Prokop said, “It has been quite the journey to get to this point in my life, but I could not be happier with my decision to come out.” Prokop said he made the decision to come out in April 2020 after returning from Calgary due to COVID-19 ending the season early, saying, “I was lying in bed one night, had just deleted a dating app for the fourth or fifth time, and I was extremely frustrated because I couldn’t be my true authentic self. In that moment I said, ‘Enough is enough. I’m accepting who I am. I want to live the way I want to, and I want to accept myself as a gay man.”

Prokop began coming out to family members and teammates over the course of the year, finally telling the Predators management team in June. He said he received nothing but support from the team and that they are, “behind me 1,000% and want what’s best for me and that they’re proud of me during this.”

Prokop also said that his decision to come out was made independently of NFL player, Carl Nassib’s, coming out announcement in June, but that his words and the public reaction were inspiring.

Predators president and CEO, Sean Henry, said in response to the announcement, “A long-stated goal in our organisation is equality for all, including the LGBTQ community, and it is important that Luke feels comfortable and part of an inclusive environment as he moves forward in his career.”

“I hope that in sharing who I am I can help other people see that gay people are welcome in the hockey community, as we work to make sure that hockey truly is for everyone,” Prokop said.