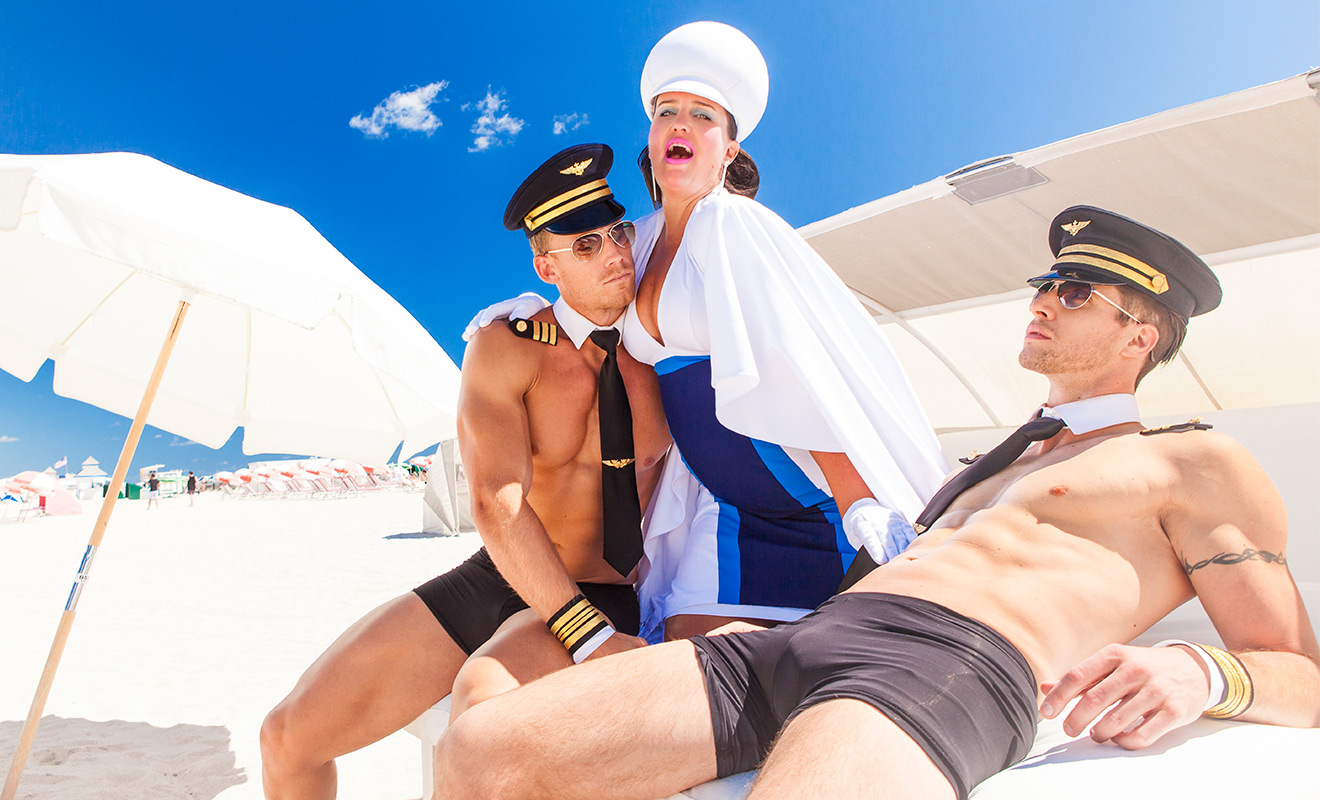 “Look out, bitches! My Xanax script has been filled and I am ready to make that horrific flight Down Under!”

Yes, Australia’s most iconic air hostess, Pam Ann, is coming home! “It’ll be first class all the way – I’m not going anywhere near those in-breds in economy, and I will be bypassing Hobart,” she says.

Pam will be on home soil in August 2018 to debut her brand-new show, which promises to be even more unpredictable than ever as she searches for her next Flight Attendant Star!

If you’ve ever dreamed of becoming a flight attendant, travelling the world and telling passengers to fuck off, then this is the show for you! Pam, undisputedly the world’s most experienced air hostess, will pluck air hostie wannabes from the audience and put them through their paces to see if they have what it takes.

“Hot Australians only for my next Flight Attendant Star,” says Pam. “See you in the cock pit!”