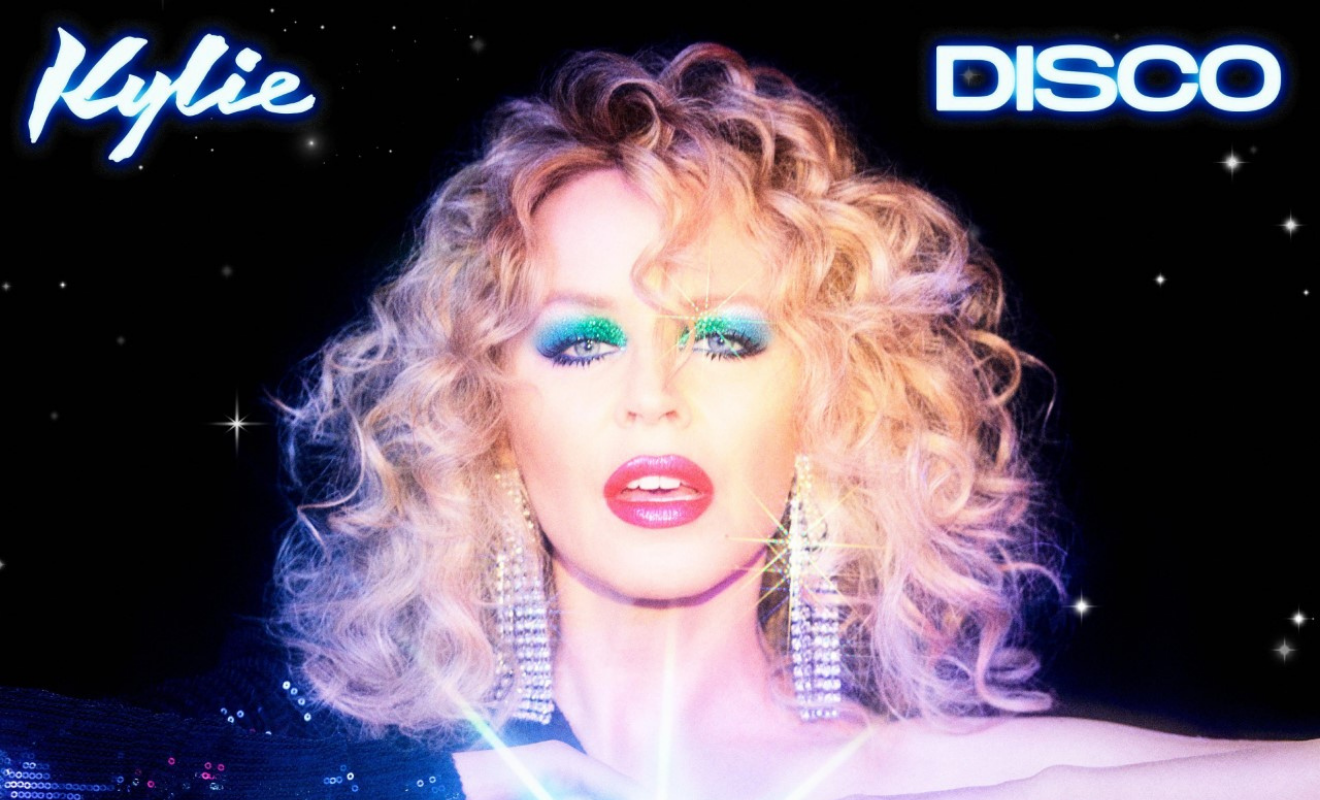 The album’s second single is a musical reinvention of dance music a la Dua Lipa’s Future Nostalgia, hitting that magical sweet spot between ’70s disco and ’80s house. References: The early Noughties vibe of Kylie’s own Spinning Around hit.

Clearly a future single contender, here’s Ms Minogue at her slinkiest and sexiest, living up to her wickedly wonderful plan to concoct an album of “grown-up disco”. References: Can’t Get You Out Of My Head twirling at a gay roller-disco!

The album’s groovy third single with its vocoder vocals has Kylie riffing on later and greater reinterpretations of disco, including her own 2001 classic album Light Years. References: Daft Punk’s ’90s disco reinvention on Around The World.

Any track containing the phrase “disco ballin’ every weekend” can’t be bad! This is pure escapist joy with Kylie clearly in loved-up mode (thanks to new boyf Paul). References: Kool And The Gang’s Celebration, which Kylie covered in 1992

More vocoder vocal treatment adding a super extra-galactic feel. We love that Kylie mentions Jupiter and Mars, but surely she could have given a shout out to Uranus! References: A nod at both Daft Punk’s back catalogue and her own 2001 Light Years track.

The album’s inspirational first single “about the search for and meaning of love” is like all the tracks on Disco co-written by Kylie herself. Now that’s truly something! References: Donna Summer’s 1982 soulful State Of Independence.

Kylie admits Last Chance is “inspired by ABBA and the Bee Gees. I was obsessed with them as an eight or nine-year-old. They’re pure perfection”. So is this! Uh-huh. References: ABBA’s Voulez-Vous disco chestnut from 1979.

Kylie started working on this track the day before lockdown. To finish her album, she had to learn to record her vocals and so is lovingly credited as engineer on Disco. References: Lionel Ritchie’s All Night Long (All Night) from 1983.

Where Does The DJ Go?

Trust Kylie to not only write a wad of songs about the joys of partying but one about that most important aspect of gay life – the afterparty/kiki! Hey Mr DJ go play this! References: Glorias Gaynor’s anthem, I Will Survive from 1979.

Kylie describes Unstoppable as a “refreshing sorbet” and the title itself is a fitting word for an album that is not just all dance no ballads, but also all killer no filler. References: Any slice of ’80s funky R&B, especially Prince or the Jackson clan.

Kylie’s anthemic tribute to her gay fans (who she calls “Mary” throughout) with the album’s best lyric: “everything I like about myself is better with you”. Aww. References: ABBA’s gloriously melancholy back catalogue celebrated in one song.

On the Deluxe Edition of Disco, Kylie adds four tracks – Till You Love Somebody, Fine Wine (a nice bit of product placement for her Kylie Wines range, out now, shoppers!), Hey Lonely and Spotlight. In the olden days these would have been considered B-sides and while they’re fine if you’re a Kylie “kompletist”, better instead to track down her riveting version of Troye Sivan’s Cool on At Home With Kylie Minogue: The Sessions, released on Apple Music/iTunes in October.

Also dig out Kylie’s live rendition of Earth Wind & Fire’s disco classic September (sung for the UK’s BBC Radio 2) and unearth her boogie down reinventions of her own past hits (including Slow sizzlingly re-imaged with Donna Summer’s Love To Love You Baby) for her recent Infinite Disco global streaming event.

As for Kylie’s gold jumpsuit for that show – now that’s how you dress as a true dancing queen having the time of your life at the disco!