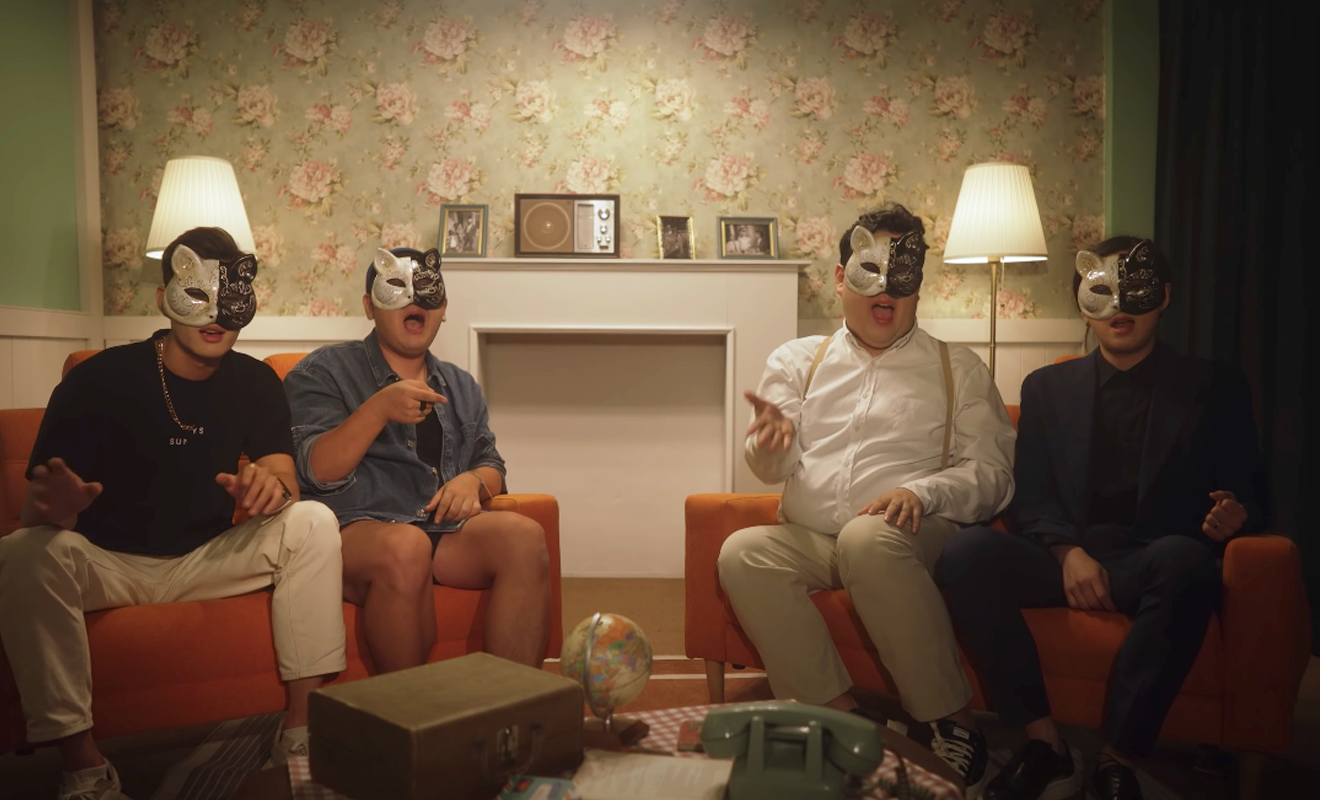 Lionesses in Show Me Your Pride (Lionesses/Screencapture via Youtube)

Lionesses, Korea’s self-proclaimed first out LGBTQIA+ K-pop boy band have released their debut single, Show Me Your Pride, reports Yahoo! News. The group have said they hope to inspire other LGBTQIA+ Koreans and international fans to find their own joy and happiness.

The track discusses many of the issues that LGBTQIA+ people face, like coming out, discrimination and being true to yourself. The track includes uplifting lyrics and affirmations, like, ““Love is love, show me your love, you’re the one who shines like a star. Show me your fire, show me your light, show me your pride,” and, “No matter how much you shoot us with your tiny keyboard, we are bulletproof and untouchable.”

The group are made of up four members, Damjun, Kanghan, Lee Marlang, and Foxman and their name is said to be inspired by the, “real leader of the savanna.”

In an interview with TW News, the group said, “We tend to think that the carnivore at the top of the food chain in the African ecosystem, which we often see through the media, is the male lion with the thick bushy mane. But the ruler of the plains is actually the lioness. It’s a group of lionesses in charge of the hunting of the troop.”

The group met while visiting LGBTQIA+ friendly places and connected over their desire to make music for their community. Foxman says, “I think Korean society is still very conservative – although it’s much better than before – and I think our perspectives and perceptions will change more in the future.”

The group have said that they hope to, “play the role of a lighthouse so that young LGBTQ people who dream of becoming musicians don’t miss their shot due to their fear,” and hope to create greater acceptance for LGBTQIA+ people within Korean society.

The formation of Lionesses and the release of their new track comes after several well known K-pop and music artists in Korea have come out, as well as the most famous K-pop group, BTS, regularly showing their support for the LGBTQIA+ community despite public backlash.

In DNA #220, Gabriel Wilder discusses how many K-pop groups have used homoerotic subtext as a means to sell records in the past despite their heterosexual members. However, when openly gay artist, Holland, released his music video to Neverland, his same-sex kiss with his on screen partner caused huge controversy and was slapped with an adult rating on his video in Korea.

You can check out the article, Boy Love For Sale, in The Archives.