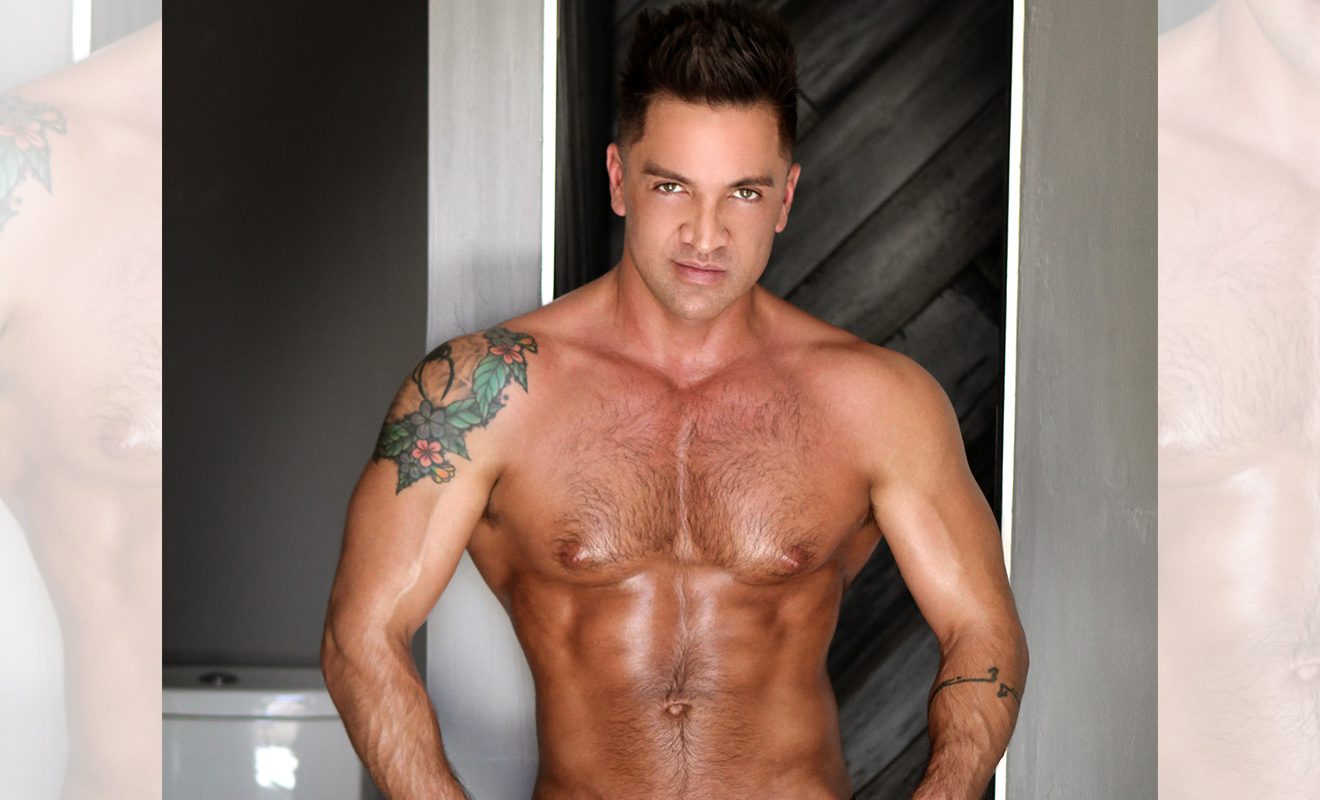 Dominic Pacifico: I’m am a Native American/ Latino gay daddy. I grew up outside the Navajo Reservation in New Mexico. As an adult I’ve lived most of my life in California.

I had just turned 18 when I was approached by Titan Media to do my first adult video. From there I went on to a series of photo shoots and twink videos before I became more of a jock and was picked up by Raging Stallion as an exclusive.

You are also a DJ; what inspired that career direction?

Do you have a preference for one career over the other?

Having two careers in entertainment has been a blessing and an exciting journey. I would never trade one for the other. Frankly, I would have to say that one career would not have been as successful without the other.

Growing up in the ’90s I was a 90lbs [40kg] goth skater boy: Phat JNCO jeans with a torn-up Misfits T-shirt describes me best. I came out in junior high at the age of 13. Coming out so young required me to be pretty tough on the outside but I was a playful nerd on the inside. One thing most people don’t know is that I was partially deaf growing up. I had a surgery to correct my hearing at 17. A year-and-a-half later I became a DJ. Luckily, I had a very tight crew of alternative friends of all ages who were like family to me. I wouldn’t say I was popular, but I was definitely known in school by everyone. I’m writing a book with a lot more detail about my youth and how I became a DJ at an early age. Hopefully it will he picked up by a publisher in 2020.

Read the full interview in DNA #239 available from DNAstore.