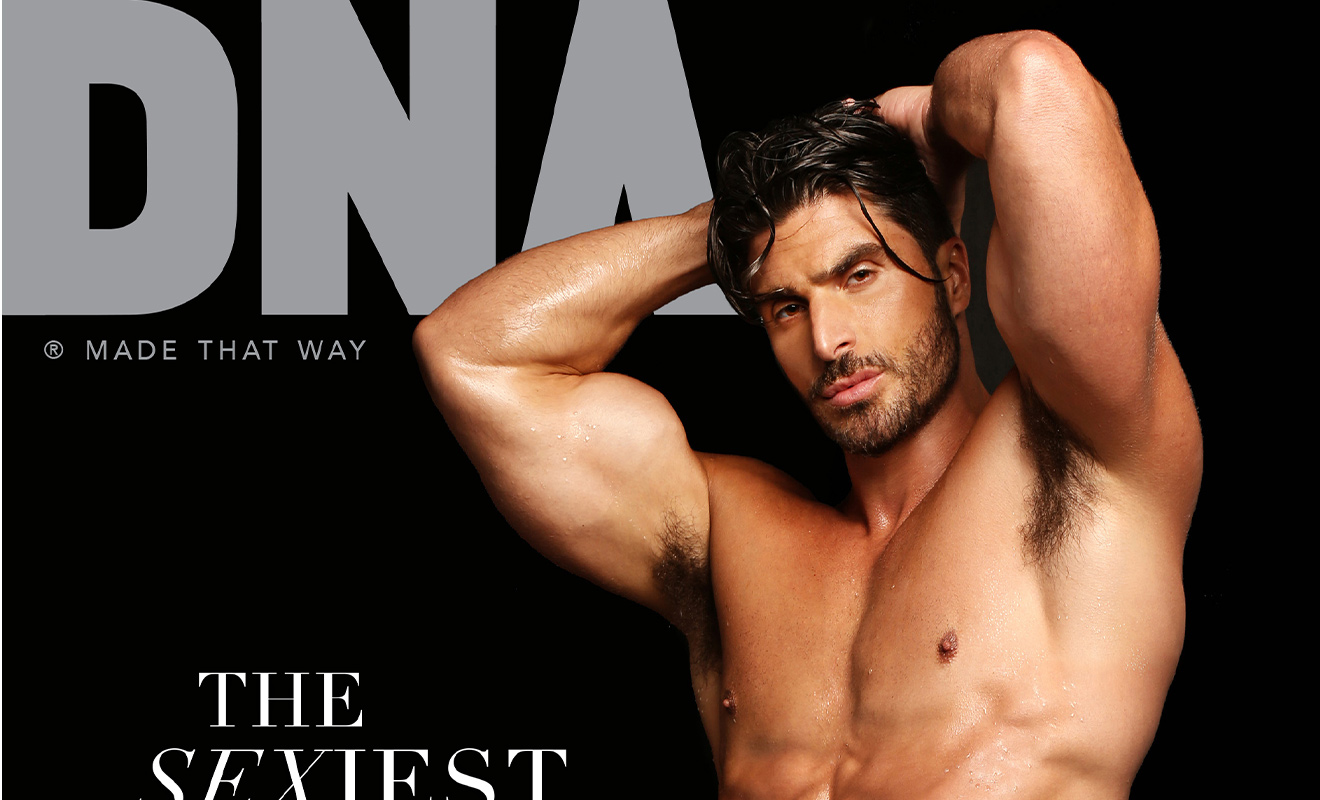 Inside the minds of the Sexiest Men Alive!

Every now and then I get a little feedback, usually via social media, that’s critical of the kinds of men we feature in the magazine and on our website and social media.

Usually the objection is that the model is not a “normal person” and it often concludes with a question like, “When are you going to put a real person on the cover?”

I’m sure, DNA readers, you can understand why this annoys me.

Firstly, it’s the assumption that these men are not “real people” or “normal”. On behalf of the guys we photograph, I’m deeply offended. And although I describe them as models, in fact, very often they are not. They are just men who have a great look and a physique that they have devoted time and effort into building.

They are as “ordinary” as you and I – they have to walk the dog, pay the bills, put away the dishes. What makes them extraordinary is that in their free time they have the self-discipline and dedication to make their bodies their project. Being photographed is a celebration of what they have achieved.

I don’t want to be them. I want to eat cookies and drink wine and vege out on the couch, but I certainly appreciate their hard work. I also know that, gay or straight, they love being in DNA because they know DNA readers appreciate them.

The next thing that annoys me about this criticism is that if DNA started putting so-called “real people” on the cover no one would buy it. I think most reasonable people understand that inherently. I want you to buy the magazine because I hope you enjoy the gorgeous men but – and this is my cunning plan – I also want you to read the stories. Without a sexy guy on the cover enticing you in, I would have trouble persuading you to read the serious stuff inside, like last month’s important feature on the struggle for LGBT rights in Indonesia. You can find sexy boys all over social media, but where else are you going to find a story like that? Not on Instagram!

Where else are you going to find a story like Worlds Collide (in the current issue of DNA) about gay politicians pushing anti-gay agendas. It’s an insightful feature story that delves into some dark places in the LGBT psyche. You aren’t going to get from TikTok.

Most baffling about the “when are you putting a normal person on the cover” comment is the rejection of the healthy body. Should gays not have healthy bodies? Should we not go to the gym? Should we not be interested in improving our health? Australia and the US have the highest rates of obesity in the world. Surely the occasional aspirational body is no bad thing.

So… in defence of attractive men, we are proud to bring you 2020’s Sexiest Men Alive. It’s a diverse bunch of hotties as suggested by DNA’s contributors and informed by the Likes on our site and socials. Very democratic.

I love some of the comments the guys themselves have made about what’s sexy in their interviews. For example, Spanish model Ian Manuel, says, “The physical is very important but it’s a tool that is useless if there’s no one behind the wheel.”

Andrés Gaspar says, “I love that someone normal like me can be included in this list.” He goes on to say that being able to hold a conversation is an important part of a person’s sex appeal. “It’s all about personality and the mood you get from someone. It’s about how they make you feel. That’s where everything comes from.”

While Alex Espenshade admits that a he finds a man with a chiselled body sexy, his reason for this is insightful: “Because it says a lot about him… he is persistent, he holds himself accountable, he is dedicated to self-love and self-improvement.”

So while Alex’s ideal sexy man looks great, his body also reveals his strength of character.

“In addition to good looks and a healthy body,” Ethan Landry says, “Kindness and thoughtfulness are the most attractive qualities in my opinion. Kindness is sexy.”

Ethan also believes that attractiveness comes by projecting confidence. “You must walk and talk with your head up and believe that you’re sexy before you can expect others to believe it. Sexy is in the mind, body and spirit,” he says.

I hope you enjoy all 50 pages of sexy men we’ve assembled for you, and I hope you read Worlds Collide!

Stay safe, be kind, be sexy, love yourselves.

DNA #248 is out now in print and digital formats.

Related Items:DNA 248, from the editor