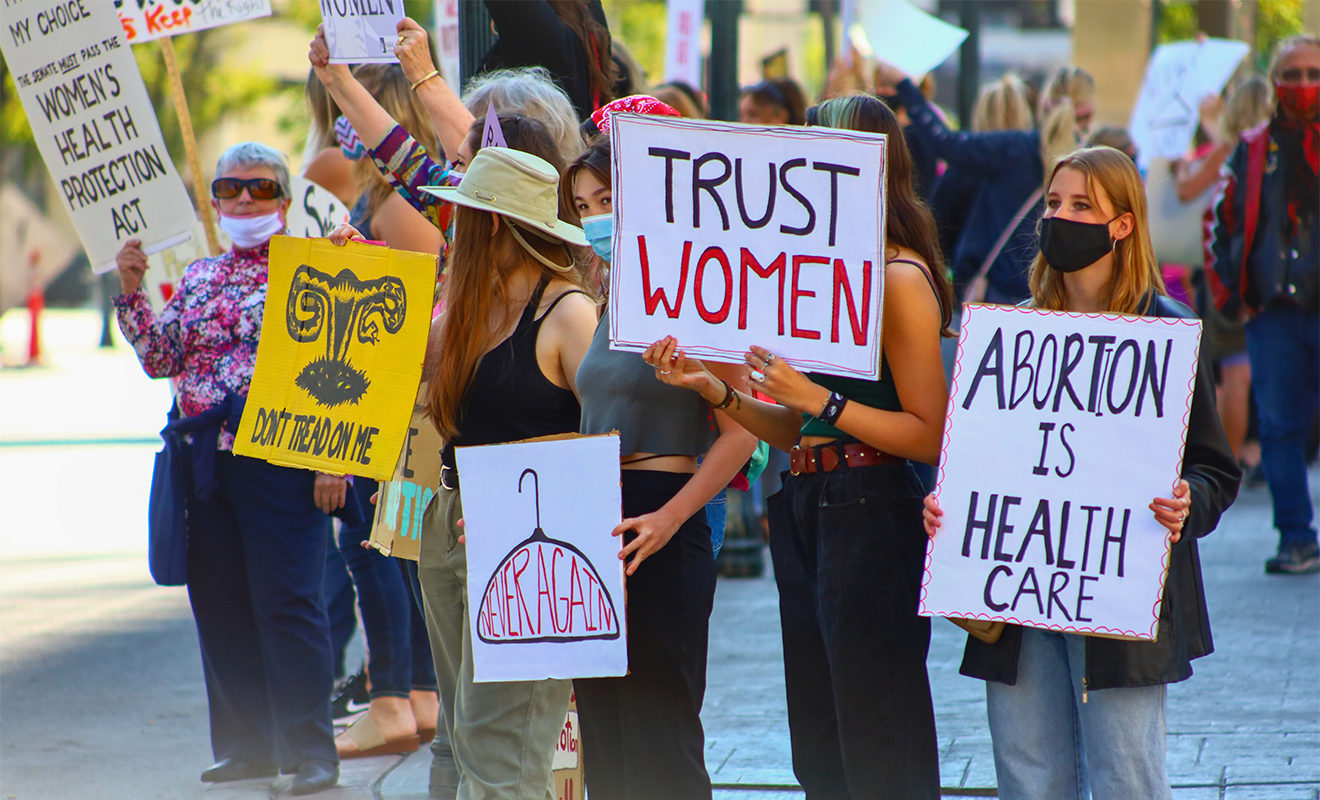 A leaked draft has ignited the political spectrum as the implications suggest that the Supreme Court may overturn the landmark Roe Vs Wade case, reports Politico.

The document leaked on Tuesday, May 3 and is written by Justice Samuel Alito. It expresses a majority opinion (5-4 vote) against upholding the 1973 ruling which provides women the federal right to an abortion. If Roe is overturned, it could mean disastrous results for minority groups across the US, specifically, the re-criminalisation of consensual gay sexy in private, and overturning the right to same-sex marriage.

THE LEAKED DRAFT HAS HIT THE PUBLIC DISCOURSE HARD

America’s political landscape is shaken deeply as both Democrats and Republicans react to the news. Although the Supreme Court has recognised Roe Vs Wade for decades, American progressives continue to have to fight fiercely against misogynistic rhetoric condemning abortion.

The controversial leak is unprecedented; there has never been a public disclosure of a pending case from the Supreme Court and it highlights the drafting process for Supreme Court rulings, reports Politico.

As expected, this leak is prompting major political debate with prominent figures weighing in. President Joe Biden says, “If this decision holds, it’s really quite a radical decision.” Senator Elizabeth Warren has openly expressed a visceral disapproval of the current draft in a now-viral video.

Senator Warren says, “I am angry. Angry, upset and determined… The Republicans have been working towards this day for decades. They have been out there plotting and carefully cultivating these Supreme Court Justices so that they can have a majority on the bench.”

The reaction from Ms Warren and other female progressives is understandable. Although Roe Vs Wade opened doors for women to access abortion legally, the fight didn’t end there. Conservative-led states such as Texas, Ohio and Kentucky that have defined incredibly narrow parameters for legal abortion.

Famously, 11 US states all introduced so-called heartbeat bills which make it illegal to access abortion after a foetal heartbeat can be detected. This is often at the sixth week of conception before many women even realise they are pregnant, reports ABC News.

Social media has already been ablaze with activists, politicians, celebrities and public figures demonstrating fear, shock and disappointment over the draft.

If Roe Vs Wade is overturned, the fallout will be that over half of US states will introduce anti-abortion laws outlawing the procedure entirely or introduce even narrower requisites. According to ABC News, there are already more than 20 states with a trigger ban which would immediately outlaw abortion in the case of Roe Vs Wade being overturned.

Another chilling reality is that women without access to abortions do not cease getting abortions; some people will seek out illegal back-alley procedures that endanger their lives.

ROE VS WADE IS UNDER ATTACK, WHO IS NEXT?

The case of Roe Vs Wade is a landmark ruling for abortion that has been built on the backs of Supreme Court precedents involving privacy. In the draft opinion written by Justice Alito, there are multiple ominous mentions of two other Supreme Court cases; Lawrence Vs Texas and Obergefell Vs Hodges, reports Washington Blade.

These two landmark cases establish important constitutional rights for the LGBTQIA+ community. Lawrence establishes that the criminalisation of consensual gay sex is unconstitutional and Obergefell was the ruling that led to same-sex marriage being legalised across the US.

Justice Alito has been witnessed publicly denouncing both of these cases, and although the draft opinion reflects Alito’s own personal beliefs, the majority vote for it casts a grim look at LGBTQIA+ rights.

The cultural moment that America is experiencing in 2022 makes it the perfect environment for a cohesive conservative attack on fundamental rights. If Roe isn’t safe, then neither is Lawrence or Obergefell.

Anti-LGBTQIA+ bills have already been introduced across the country with legislation like Florida’s Don’t Say Gay Bill and Alabama’s anti-transgender laws. If Alito’s leaked opinion draft is a signifier of the Supreme Court’s intention to readdress Lawrence and Obergefell, then queer activists are predicted to have the gruesome fight for LGBTQIA+ rights intensify.