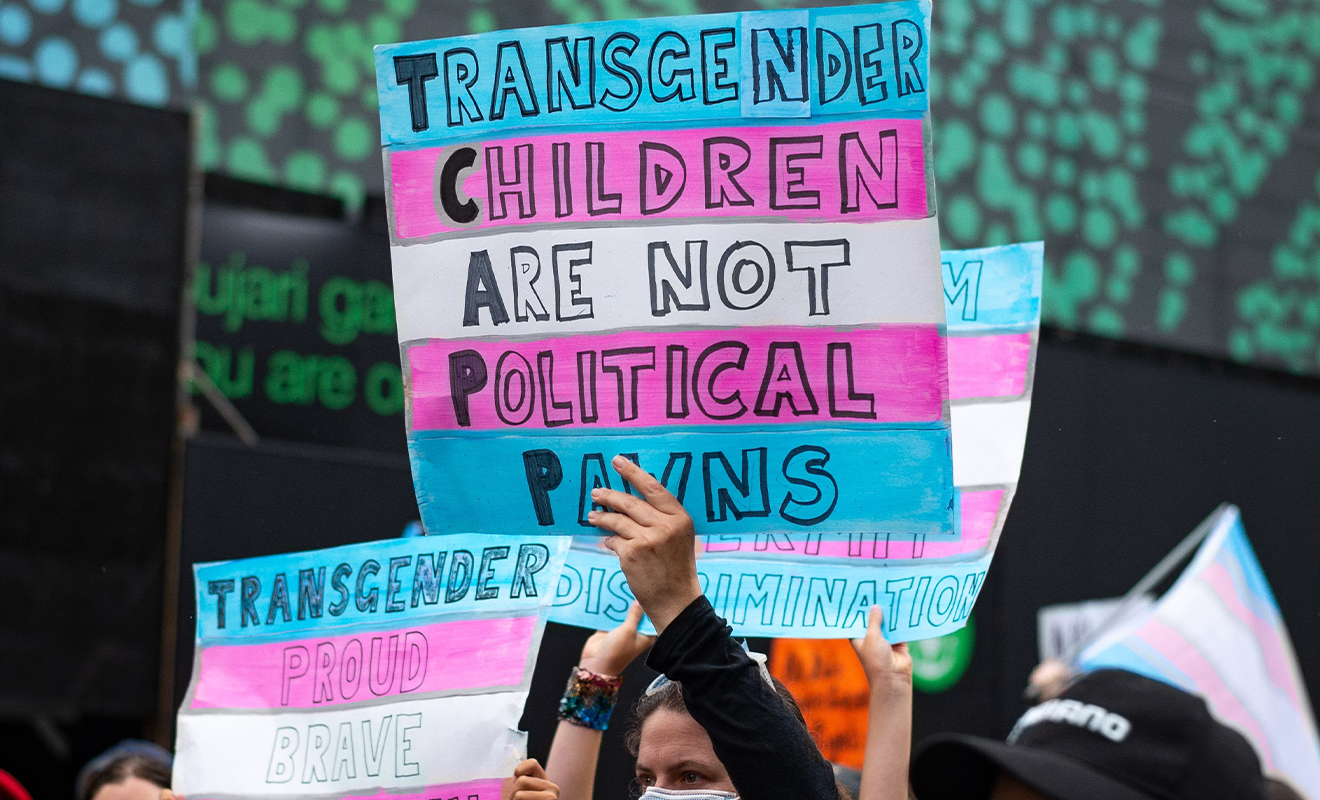 Australian Prime Minister Scott Morrison selected Katherine Deves for his candidate for the seat of Warringah in the up-coming federal election. Since then, allegations of Ms Deves’ anti-transgender comments have come to light. Initially apologising for her comments, Ms Deves is now standing firm that gender-affirming surgery is akin to “surgical mutilation” and sterilisation, reports SBS News.

MS DEVES IS PERSISTING THAT HER COMMENTS ARE ACCURATE

With the endorsement of Prime Minister Morrison and prominent Liberal members such as John Howard and Tony Abbot, Katherine Deves has been garnering public attention as the candidate for the Warringah seat in New South Wales.

According to ABC News, comments that Deves made regarding LGBTQIA+ individuals were unearthed where she makes inflammatory claims to defend her anti-transgender activism. In a YouTube video, Ms Deves likens her lobbying against trans women in sports to standing against the holocaust.

LGBTQIA+ advocacy groups have expressed their disappointment at these kinds of comments being made which further worsen the view of trans individuals in the public sentiment. Women’s equality groups have also publicly called for an end to the division.

“People are becoming bolder in their expressions of these attitudes and I think having it play out publicly is giving people in communities some more confidence to express these attitudes,” says Louise Simms the executive director for Safe And Equal Victoria.

Although Katherine Deves initially apologised for the now-deleted social media posts, in an interview with Sky News on May 9, she walked that apology back, claiming that her statements are not inaccurate. She tells the interviewer that calling gender-affirming surgery “mutilation” is the medically correct term and that it’s confronting to hear because it is medical negligence.

“It’s very emotive. It’s very confronting and it’s very ugly, so of course people are going to be offended,” says Deves when addressing her inappropriate comments . “But when you look at medical negligence cases, that is the terminology that they use and it’s also contained in the Crimes Act of NSW.”

Australian journalist Patricia Karvelas hosted Dr Fiona Bisshop, President of the Australian Professional Association for Trans Health, on RN Breakfast and interviewed her asking for the kinds of impacts these comments are having for transgender individuals.

“It seems that some politicians have found that trans people, especially trans youth, are an excellent deflection from other issues that are going on,” says Dr Bisshop.

Dr Bisshop follows on and says, “The reality is that it’s having a very negative impact on young people. We’ve seen a huge upswing in the number of people seeking help for mental health issues, especially for depression, anxiety and worsening dysphoria and fear surrounding the stigma and discrimination when they go out.”

Prior to this discussion, Patricia Karvelas said on a segment on ABC News that keeping Deves as a candidate for the Warringah seat is a deliberate strategy to secure other important NSW seats such as in Wentworth and North Sydney. “There is a fear from these moderate Liberal MPs that this strategy that’s being embarked on will mean that they will lose their candidates. That will, in the long-term, actually hurt the moderate political wing of the Liberal Party as well as the Liberal Party brand,” says Karvelas.

Though Katherine Deves’s firm stance behind her comments doesn’t come as a surprise, the continued support from senior Liberal members concerns LGBTQIA+ groups. If right-wing Liberal MPs support Ms Deves and her perspectives, then it pulls into focus the kind of legislation they will spruik if they win majority in the federal election in May.