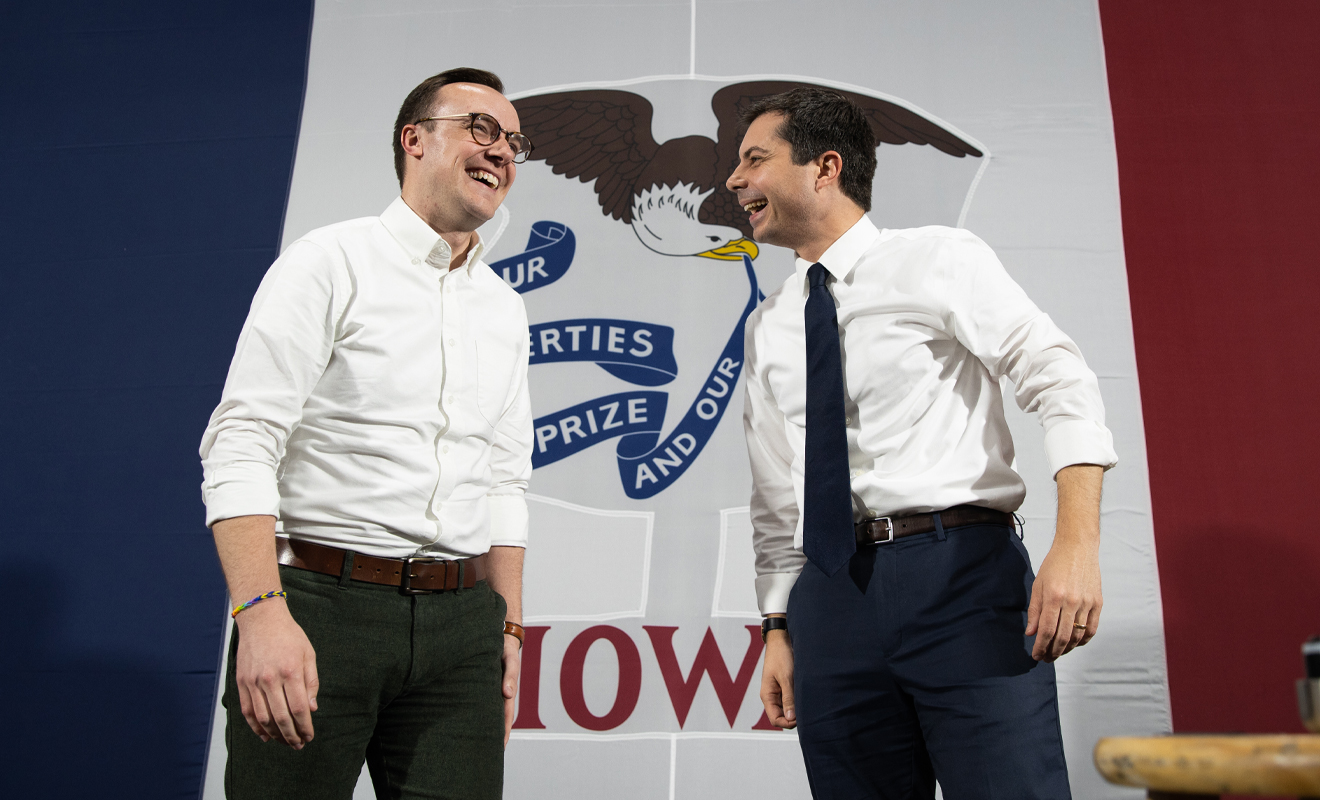 A real estate broker has allegedly been fired from working as an independent contractor with a company called Skyline Properties after posting homophobic comments on a photo of Pete and Chasten Buttigieg with their two children, reports The Advocate.

Earlier in the week, Chasten posted a photo from The White House wishing his followers a Happy New Year with himself and Pete holding their two children. Later in an Instagram story, Chasten posted a censored screenshots of comments made by independent contractor, Andre Kravchenko, saying, “Someone actually gave these [censored] kids??? Holy [censored].”

Chasten Claps Back At Homophobic Troll

Chasten then wrote, “In the year 2022, you’d think these people would be wise enough to post their homophobia from an alt account, not one easily connected to their job. Rather embarrassing for @americanhomes4rent, a company that claims to be an equal housing provider and one that’s ‘building a culture of inclusion and belonging.’ I worry for your tenants.”

The post caused followers of the Buttigieg family to flood American Homes 4 Rent’s latest posts criticising Kravchenko’s comments and calling for his firing.

On Tuesday, American Homes 4 Rent responded by saying that Kravchenko had not worked for their company in over five years, saying they were, “saddened to learn that a former employee – or someone using their account – recently posted an offensive comment aimed at [Chasten and Pete Buttigieg.] We want to clarify that, despite this individual’s outdated LinkedIn account information, they have not been employed by our company for 5+ years, and further do not represent our beliefs and policies. We do not approve of nor do we condone discriminatory language or behavior.”

Initial Statement From Employer Labelled As “Defensive” By Buttigieg

Chasten’s original posts also called on another company, Skyline Properties, connected to Kravchenko to respond to his behaviour. Vice President of Skyline Properties, Scott Hotes, responded by saying, “Skyline could not possibly know what 1,200 of our independent contractors could be doing at any given moment. There is no way on gods [sic] green earth that you, me air [sic] anyone else could know in advance what someone might think or post.”

After Hotes initial comments, it was announced yesterday that Kravchenko had been fired from Skyline Properties in an official statement posted to their social media accounts. In the statement, Skyline Properties acknowledged that the comments were not, “some fluke, mistake, or hacking situation,” and had resulted in him being fired. They also apologised to both the Buttigieg family and the larger LGBTQIA+ community for the comments that were made.

On Hotes personal Facebook page he continued his apology by providing an insight into his family, saying, “I thought you might like to know a little about me and my family. I am the proud father of a 27 year old non-binary/queer child, Ryan, and my journey to stopping homophobes began with them. This is my first exposure to publicly having to deal with this type of bigotry, but I hope you have a better understanding of me as a person and what our company stands for.”

Buttigieg reposted the official apology in his Instagram Stories.