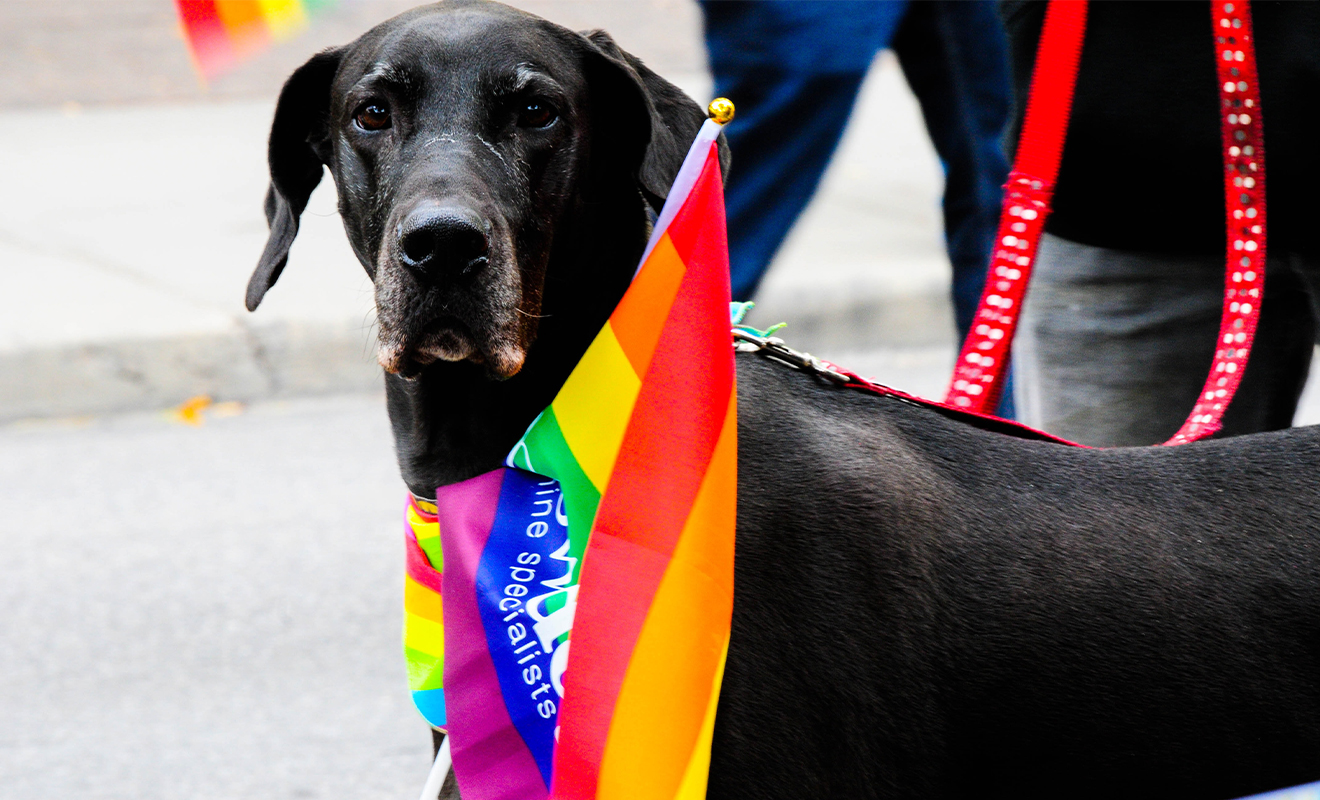 In an absurd yet touching story, a dog was abandoned at an animal shelter in North Carolina for being purportedly gay. The previous owner cited his dog having humped another male dog as the reason behind his assumptions. Luckily for the pooch, a gay couple has adopted him and given him a loving home, reports Attitude.

CRUEL AND UNUSUAL BUT WITH A HAPPY ENDING

It’s definitely odd logic to think on one hand that homosexuality is an unnatural choice, and then turn around and abandon a pet for “gay behaviour”. Male dogs are known to hump other male dogs and sexuality has got nothing to do with that. Secondly, dogs can’t engage with the same ideological discourses around being gay (or straight for that matter). One would think this would be self-evident but, unfortunately for Fezco, his previous owner did not consider this before giving him up.

This story does have a happy ending, however, Fezco, now renamed Oscar after the playwright Oscar Wilde, has a new gay home with two loving owners. According to Attitude, North Carolina resident Steve Nicholas and his partner, John, saw a news report about the incident and felt it was cruel and unjust. Luckily, the couple had space and love to spare for Oscar and opened their home to him.

“It’s such a silly reason to turn in a dog. We just thought it would make sense for the gay dog to be adopted by a loving gay family,” says Steve. “We’ve been subject to that kind of bigotry and ignorance throughout our lives together, and we couldn’t always do anything about it. We looked at each other and said, we can do something about this,” reports Attitude.

The great thing about pets is they don’t care whether you’re gay or straight; all they need is food, water, shelter and love. Take our poll and let us know what kind of pet you have!