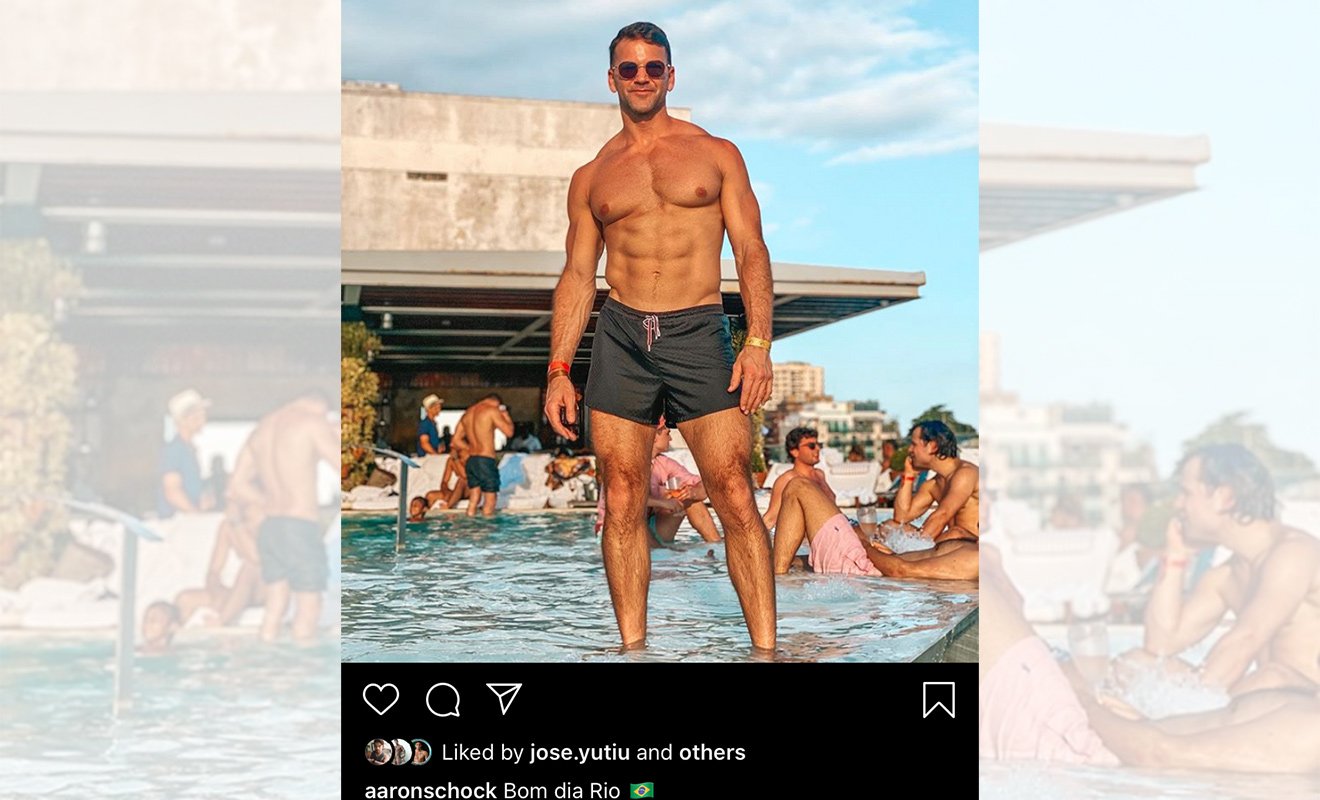 Aaron Schock, a former Republican lawmaker, took to Instagram to come out as gay in a lengthy Instagram post that opened with one line, “I am gay.”

Schock went on to explain his conservative upbringing but said he needed to clarify his sexuality.

“The fact that I am gay is just one of those things in my life in need of explicit affirmation, to remove any doubt and to finally validate who I am as a person,” Schock wrote.

His outing will hardly be surprising for most given photos have emerged of him at Coachella and bare-chested on the beach with out gay Israeli actor, Eliad Cohen.

And here he is in Brazil.

Schock’s coming out has been criticised by some, however, due to his poor voting record when it came to LGBTIQ issues.

He voted against lifting the ban on LGBT people serving in the military, against extending hate crime protections to include sexual orientation and gender identity, and in favour of the Defence of Marriage Act, which defined marriage as between a man and a woman.

In his post, Schock did not apologise for this record saying instead his opposition to same-sex marriage was a product of that time referencing Hilary Clinton and Barack Obama also shared the same position.

“I did like I’d always done and threw myself into the distraction of work and what I once understood success to be. That included being responsive to the interests of the constituents in the district that I served,” he said.

“Perhaps correctly, perhaps not, I assumed that revealing myself as their gay congressman would not go over well. I put my ambition over the truth, which not only hurt me, but others as well,” Schock said.

While he didn’t address his previous anti-LGBTIQ positions, Schock said today he would support the LGBTIQ community.

“The truth is that if I were in Congress today, I would support LGBTQ rights in every way I could. I realise that some of my political positions run very much counter to the mainstream of the LGBTQ movement, and I respect them for those differences. I hope people will allow for me the same,” Schock said.

In his post, Schock also shared some of the personal pain of coming out to his family recounting a story with his mother.

“Halfway through the trip, I spoke with my mother. News broke of my weekend at Coachella.  Pictures online made clear what I was en route to tell my mother in person.  She told me to turn around and go back to LA.  I wasn’t welcome at home for Easter,” Schock said.