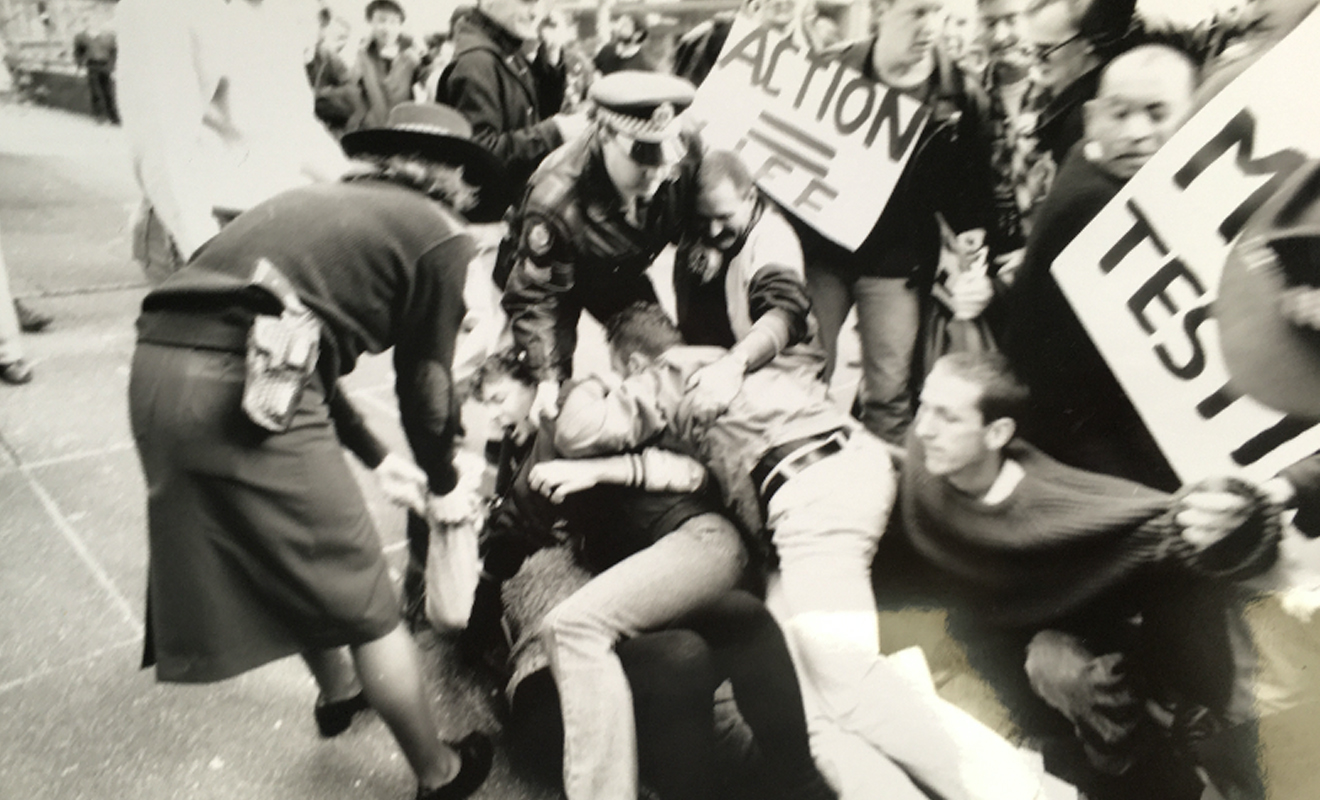 On June 5, 1981, the first documented cases of AIDS were reported in the US, describing five young gay men with immune systems that had suddenly stopped protecting them, reports USA Today.

At the time these cases were reported to the Centre For Disease Control (CDC) they did not have a name for the disease, but were treating an increasing number of mysterious illnesses, often signified by the development of an unusual lung infection known as Pneumocystis Carinii Pneumonia (PCP) and most often found in gay men. The next year, the term Acquired Immune Deficiency Syndrome (AIDS) was used for the first time to describe these illnesses.

It wasn’t until four years later that President Ronald Reagan publicly acknowledged the existence of AIDS within the US for the first time, as it continued to ravage mostly gay and marginalised communities, and had killed thousands of people. The US Government and mainstream society’s silence during this time stemmed from the perception of AIDS as a “gay plague” and a result of the lifestyles and behaviours of gay men – despite cases of AIDS being reported in women, infants and heterosexual men. AIDS researcher Alexandra Levine spoke of “the horror of watching as a society as a whole turned its back on this suffering”.

As scientists struggled to understand HIV/AIDS, the US Government continued to ignore the growing AIDS Crisis within the US, and LGBTQIA+ communities were losing friends and loved ones, activists began to combat homophobia, stigma and disseminate public health information through the affected communities as best they could.

In the late ’80s and early ’90s, the tide started to turn, with more effective therapies being made available. In 1987, the Food and Drug Administration (FDA) approved the antiretroviral drug AZT to treat HIV infections. Later that year upon mounting pressure from activists, the FDA also issued new regulations allowing patients to access experimental and potentially life saving treatments without having to go through lengthy approval processes.

High profile cases such as the death of Freddie Mercury from AIDS in 1991, basketball player Magic Johnson’s public announcement of his HIV diagnosis the same year, and photographs of Princess Diana shaking hands with patients, began to dispel much of the stigma and homophobia surrounding the disease.

The turning point of the AIDS crisis came in 1996, with the approval of Highly Active Antiretroviral Therapy (HAART), which turned an HIV/AIDS diagnosis from a fatal prognosis into a controllable one almost overnight.

It’s estimated that over 700,000 people in the US have died from AIDS over the last 40 years, with an estimated 34.7 million killed worldwide.

Nowadays, the advent of pre-exposure prophylaxis (PrEP), post-exposure prophylaxis (PEP) and a wide range of highly effective HIV medications have transformed what it means to live with HIV today. Further research into HIV and public health campaigns such as U=U (Undetectable = Untransmittable), have greatly improved the lives of people living with HIV and reduced ongoing stigma.

However, Jawanza James Williams from VOCAL-NY, a non-profit that helps low-income people impacted by HIV and AIDS, says that, “AIDS in the United States is not over, and especially it’s not over in the Global South or around the world.” People of colour are disproportionately impacted by HIV according to the CDC, with 42 percent of HIV diagnoses in 2018 accounted for by Black Americans, and 27 percent by Latinx people.

In Australia, Nick Cook’s book Fighting For Our Lives, recounts “the darkest years of the epidemic” focusing on the marginalised communities of Australia, mostly gay men, sex workers, and drug users, who came together to build “an unprecedented alliance that made Australia’s response to AIDS one of the most successful in the world.”

The Aids Memorial Instagram, remembers those who died from AIDS through the words, pictures and first-person accounts from friends and loved ones.