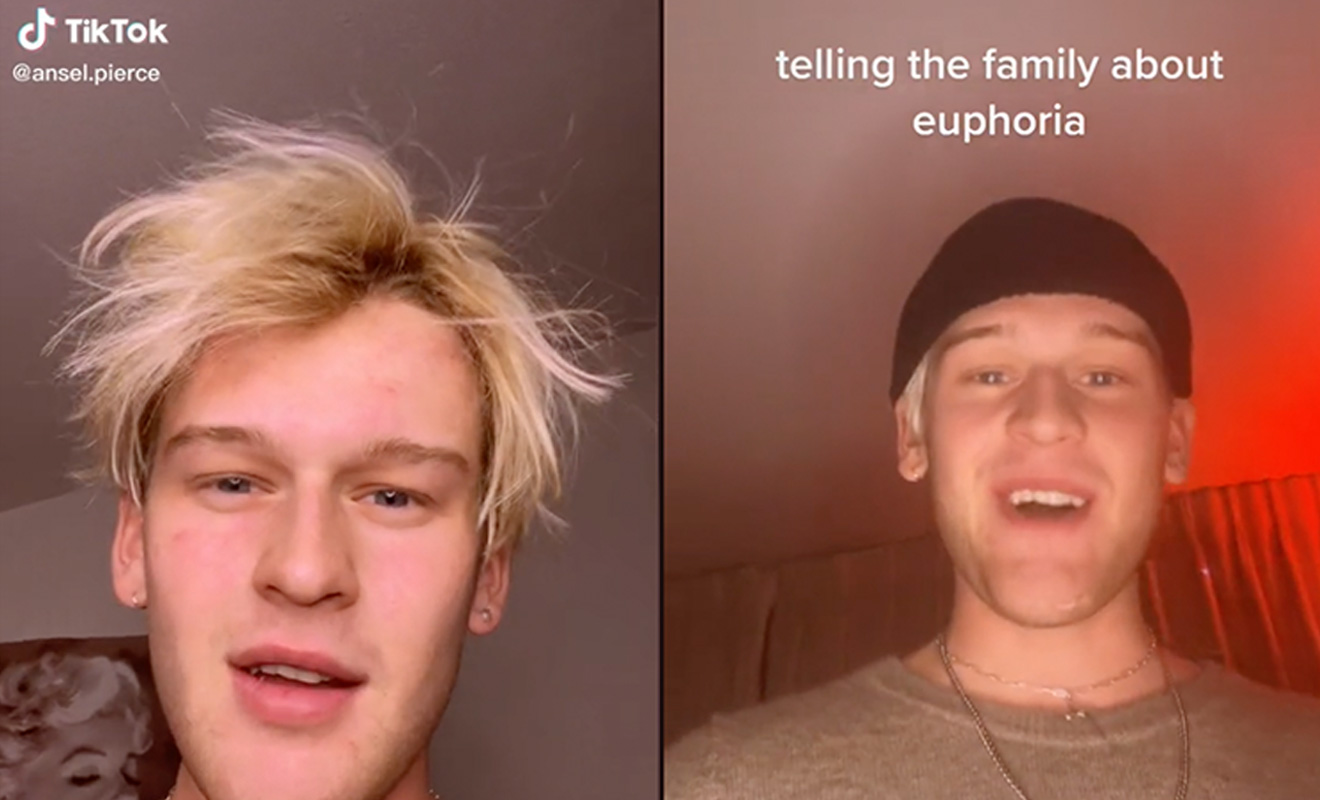 Euphoria is the hit HBO Max show that has redefined a generation with its dreamy, drug-hazed cinematography, glitter-filled make-up looks and raw, unfiltered narratives. The first episode of season 2 dropped on January 9 and social media has gone wild; there is a lot to discuss about the first episode including the now-infamous “toilet guy”.

Of the numerous memorable moments in Euphoria’s latest season, actor Ansel Pierce’s role might be one of the most talked about. In the midst of the episode, Pierce is caught on the toilet spread-legged with a full view of his penis as Sydney Sweeney climbs out of a bathtub, reports Pop Buzz.

Funnily enough, Ansel Pierce was not the first frontal male nudity we saw in the episode (definitely not in the show), but the scene has definitely garnered a lot of attention. Pierce, now dubbed “toilet guy” by social media, took to TikTok to address a few of the things he has to say about the scene.

“Yes, that is me in the bathroom, there’s no prosthetic… and y’all are fucking hilarious,” says Pierce in a TikTok. The actor certainly has a sense of humour about the response he is receiving.

Among the responses to the scene, many were shocked to see how men sit on the toilet. Social media buzz for Euphoria was already rampant before the series began, so the tidal wave of reactions was to be expected.

THE EUPHORIA CRAZE IS BACK AND AS STRONG AS EVER

Episodes of Euphoria will air weekly with a total of eight episodes for season two. The social media trends ahead of the premiere included creators inventing fashion looks they would wear if they were on the show.

In any case, there is sure to be plenty more shocking scenes in up-coming episodes. Euphoria season two is available to stream on HBO Max and airs each week on Monday at 1.00 pm (AEDT).