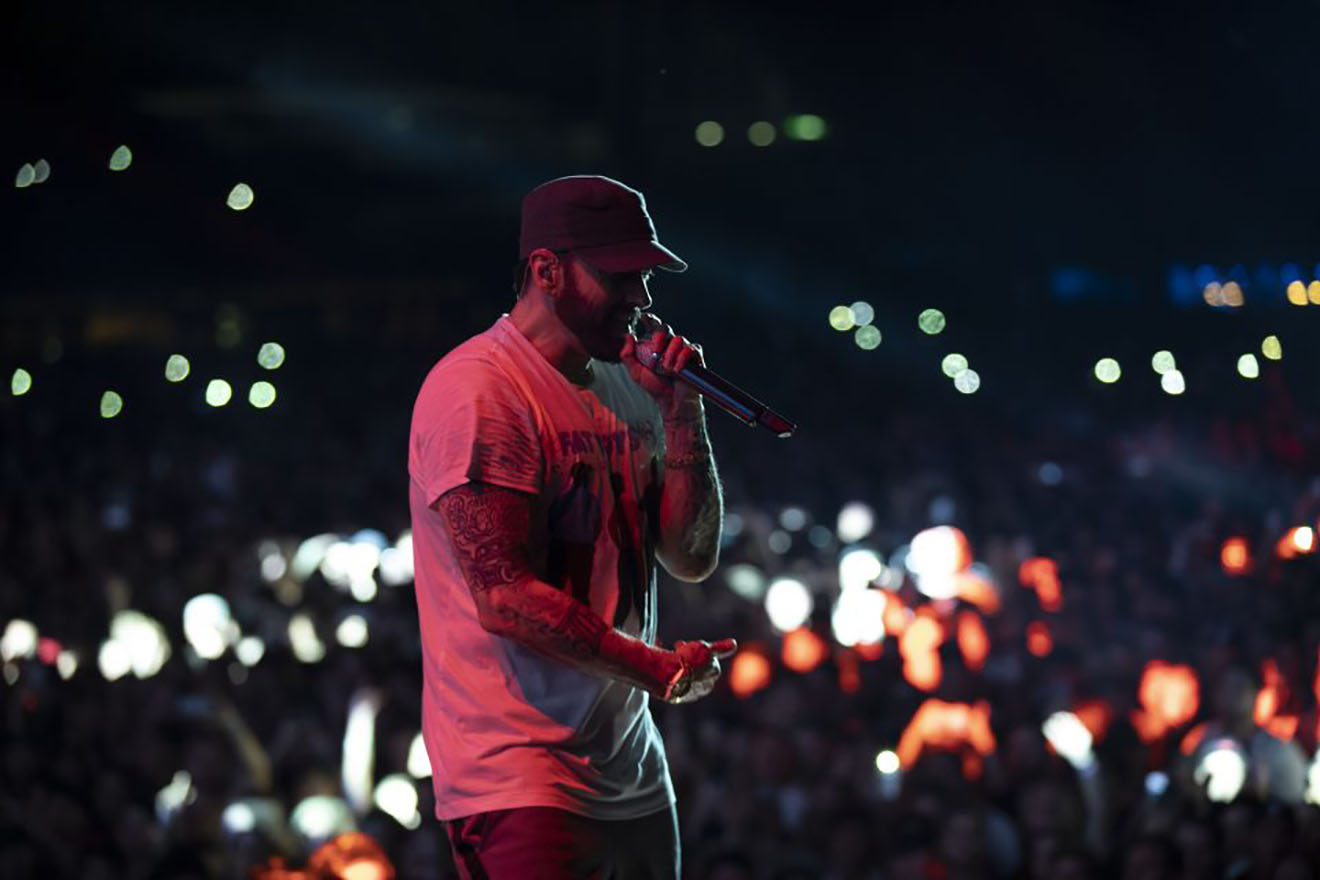 Thirteen seconds of a new song by Eminem and Joyner Lucas has been leaked online. The song, What If I Told You I Was Gay? includes lyrics such as, “What if I’m a hypocrite who’s just afraid to face truth? Wait, what if I told you I’m gay too?”

We don’t, however, think Eminem is about to come out; the leaked track seems to be more of a hypothetical question than a moment of self revelation.

The rapper has a chequered history with the LGBTIQ community with previous song lyrics using homophobic language. On Kamikaze, he was slammed by critics for rapping, in reference to Tyler The Creator: “I see why you called yourself a faggot, bitch.”

Eminem told Sway: “The word that I called him on that song was one of the things where I felt like this might be too far. In my quest to hurt him, I realise that I was hurting a lot of other people by saying it. I wasn’t in the right mind frame. I was angry.”

In 2013, Eminem said he had “no issue” with the LGBTIQ community. He said: “Not saying it’s wrong or it’s right, but at this point in my career – man, I say so much shit that’s tongue-in-cheek. I poke fun at other people, myself.

“But the real me sitting here right now talking to you has no issues with gay, straight, transgender, at all. I’m glad we live in a time where it’s really starting to feel like people can live their lives and express themselves,” Eminem said.

Eminem is close friends with Elton John, and he reportedly gave him and his husband matching cock rings as a wedding gift.

Speaking to The Guardian, Elton said: “Eminem bought me and David matching cock rings when we got married. That was his gift. They sit there, like the crown jewels, in this beautiful box on satin cushions.”

“They’re wonderful to look at. I don’t know if any guests we’ve had have used them. God, I hope not. They’re kind of sacrosanct. The fact they came from Eminem makes it even better.”